History of the Torch 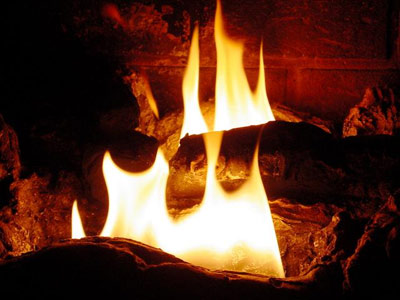 Fire has always held great power for humans. It cooks our food, keeps us warm, and lights our way through the dark.

The ancient Greeks revered the power and fire. In Greek mythology, the god Prometheus stole fire from Zeus and gave it to humans. To celebrate the passing of fire from Prometheus to man, the Greeks would hold relay races. Athletes would pass a lit torch to one another until the winner reached the finish line.

The Greeks held their first Olympic Games in 776 B.C. The Games, held every four years at Olympia, honored Zeus and other Greek gods. The Olympics also marked the beginning of a period of peace for the often warring Greeks. At the start of the Games, runners called "heralds of peace" would travel throughout Greece, declaring a "sacred truce" to all wars between rival city-states. The truce would remain in place for the duration of the games, so that spectators could safely travel to the Olympics.

A constantly burning flame was a regular fixture throughout Greece. It usually graced the altars of the Greek gods. In Olympia, there was an altar dedicated to Hera, goddess of birth and marriage. At the start of the Olympic Games, the Greeks would ignite a cauldron of flames upon Hera's altar. They lit the flame using a hollow disc or mirror called a skaphia, which, much like the modern parabolic mirror, focused the sun's rays into a single point to light the flame. The flame would burn throughout the Games as a sign of purity, reason, and peace.

The Greeks stopped holding their Olympic Games after about a thousand years, and the torch relays and lighting of the flame also stopped. The Olympic Games did not reemerge until 1896, when the first modern Games were held in Athens. The torch relay took a bit longer to reemerge.