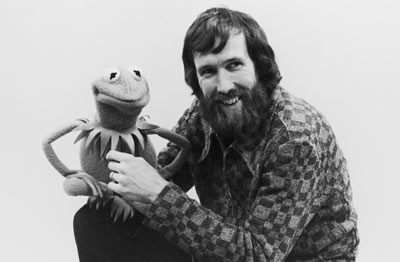 Because the Muppets have been around for more than 50 years, many people have "Muppeteer" on their resumes -- more than 100 of them, in fact. Jim Henson was their leader, but Frank Oz, his right-hand man, is also an integral part of Muppet history.

Simply put, without Jim Henson, the Muppets wouldn't exist. Henson began experimenting with puppetry as a high school student. Until his death in 1990, he performed and voiced numerous Muppets, including Kermit the Frog, Rowlf, Waldorf, Dr. Teeth, Link Hogthrob and Ernie. Henson oversaw and took part in the creation of everything Muppet-related, including performing, writing, designing, building, directing and producing. After his death, longtime Muppeteer Steve Whitmire took over the performance of many of Henson's Muppets, including Kermit (contrary to popular assumption, Henson's son Brian never voiced Kermit). His children run the Jim Henson Company today.

Henson had no illusions about puppets -- according to Frank Oz, they were a "means to an end." "When Jim took Kermit off his arm, he had no difficulty leaving him behind and going somewhere else" [source: Finch].

Frank OzOz began working with Jim Henson when he was 19 years old -- he was hired initially to replace Henson's wife, Jane, when the Hensons started a family. His first job was right-handing Rowlf the Dog. Oz originally performed and voiced several Muppets, including Bert, Grover, Cookie Monster, Animal, Miss Piggy and Fozzie Bear. Eventually, Oz branched into writing and directing various Henson productions. He will always be identified as the puppeteer and voice of Yoda in the "Star Wars" series. After 30 years, Oz began to focus more on his non-Henson directing work. He still occasionally performs and voices major Muppet characters.

Oz and Henson had a unique performing relationship because their major characters usually interacted. "Watching Jim's Ernie teasing Frank Oz's Bert and driving him to distraction was to witness unadulterated glee," said Caroly Wilcox, a longtime Muppeteer, designer and builder [source: Finch]. Henson said that Oz was "probably the person most responsible for the Muppets being funny" [source: Finch].

Several universities and schools around the world offer courses and degrees in Puppetry Arts. You can see a list of them on the Web site for UNIMA-USA, the American branch of the puppetry organization Union Internationale de la Marionette.

Many Muppeteers have backgrounds in art, journalism and theater, but the best way to become a puppeteer is to start. There are lots of sites on building your own puppets and learning how to perform with them, including: