Browse the article How are Hollywood blockbusters financed? 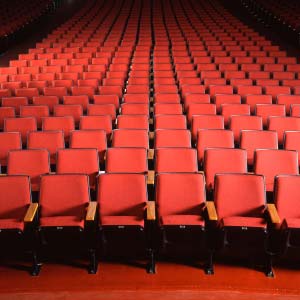 If theaters look like this just a few weeks after a movie opens, it's generally not a good sign. See more movie making pictures.
©iStockphoto.com/DNY59

Colossal explosions split the sky, tsunamis crash over major metropolises, meteorites plough through mountain ranges, life-size dinosaurs stomp around primordial forests -- and let's not even get into all the creative ways the White House has been cinematically smashed up over the years.

These sorts of spectacular special effects can boggle the mind, both in terms of how extraordinary they are visually, as well as how much they reportedly cost to produce. Hollywood blockbusters like the "Pirates of the Caribbean" and "Spider-Man" trilogies are packed with shocking special effects that push their budgets way up into the hundreds of millions, and somebody out there has to be footing the bill.

There are lots of readily apparent ways that blockbusters make money. When people go see a movie in theaters, rent it when it's available for home viewing, buy the DVD or purchase the soundtrack, the studio responsible gets a percentage of the proceeds. It also collects from television distribution contracts on various domestic and foreign TV outlets, from pay-per-view to basic cable and free networks to satellite stations. But keep in mind the percentage aspect -- box-office numbers and the rest of these revenues are split up among different vested parties -- like the star, for instance -- and don't reflect a complete payback to a studio's blockbuster budget. Plus, post-theater success often hinges at least in part on box-office turnout, adding another complication to the equation.

Depending on the film, money can also sometimes be made through means like merchandising and licensing contracts. Studios typically get a guaranteed dollar amount, plus royalties. Paying for a Hollywood blockbuster means more than covering the cost of actually producing the movie, though. Marketing is another big slice of the budget, for example, and since box office sales alone usually aren't enough to cover even the cost of advertising, it's another reason why additional funding vehicles are so important.

But apart from these obvious, and primarily post-production, methods for making sure blockbuster movies turn a profit, behind-the-scenes systems can help get much of the funding necessary for covering the bottom line in place ahead of time. We'll uncover some of those more mysterious methods on the next page. 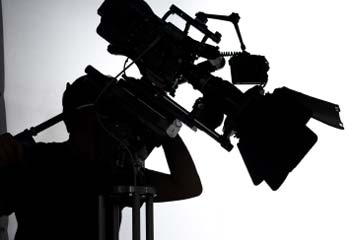 Finding the financing for a movie can seem like a special effects trick in and of itself.
©iStockphoto.com/lutherhill

Hollywood blockbusters might tend to take root in Los Angeles, but when it comes to raising the funds needed to make a movie, the shoots spread across the world. Laws and loopholes vary greatly from country to country, and successful executive producers are savvy when it comes to digging up the best deals.

One good example can be found in Germany's tax code: Potential German investors looking to finagle their finances can invest in a future blockbuster and take the related tax deduction right away, thus postponing burdensome taxes for a later date. They buy the movie's copyright and instantly lease it back to the Hollywood studio at the helm. The participating studio also pays the German investors a small advance on the movie, which qualifies as profit and satisfies the other side of the tax law.

Then all sorts of swapping follows. For example, the German investors will typically sign contract agreements that limit their involvement to token (and transitory) ownership, for which they pony up around 10 percent at the end of the day. Eventually the rights to the movie return to the studio in full, and the studio takes that profit right off its bottom line. Best of all, the films aren't required to be shot in Germany or employ any Germans, as is dictated by some countries' tax laws, so it still works for movies that might otherwise be inconvenienced by strict location requirements.

Another way studios can defray their costs is through strategic product placement. We're not talking about an obvious display of commercial wares like in the classic "Wayne's World" vignette, but rather the subtle introduction of a specific product into an applicable spot in a movie. Successful product placement doesn't come off over-the-top; instead it aims to blend the product seamlessly into the movie's plot. Featured companies sometimes offer free products and services for the cast and crew in return, but nowadays they're increasingly pitching in to the film's marketing expenses -- usually with the caveat that they get an appearance in the ads and trailers for the film, of course.

And these are just two examples. Myriad methods are available to movie insiders and intrepid entrepreneurs looking to be a part of the next big blockbuster hit. Even independent investors looking to score some cash are getting in on the action. Most use business smarts they picked up in other industries to mold strategies that have the potential to pay off big -- keeping in mind that backing movies is always something of a gamble.

For good information on how to succeed in the movie biz, whether you want to direct, cast or create special effects, look over the links on the next page.