by Dave Roos
Prev NEXT
9 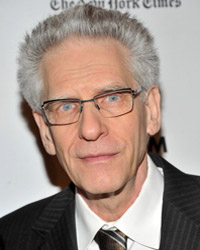 Directors oversee the artistic vision of a film. Directors aren't usually involved in the financial side of filmmaking, unless they're wearing multiple hats as a producer-director.

In pre-production, the director works closely with the screenwriter and the producer to figure out the best way to visually represent the script and its themes. An experienced director will have a preferred list of cinematographers, art directors, cameramen, casting directors and even actors. Even if the producer does much of the actual hiring and location scouting, it's the director who has the final say.

During filming, the director coaches actors on the best way to read their lines and express emotions. He or she works with the cinematographer to make sure that the action is being faithfully and artistically recorded. And the director decides how many takes are necessary before the crew can move on to the next shot.

In post-production, the director sits with the editor to assemble the finished film. He or she works with a composer and music director to create a score and soundtrack that supports the story. And finally, after months or years of work, the director has a finished film.

To succeed as a director requires a persistence of vision and the ability to collaborate with an extensive team to bring that vision to life. They also need to have a deep understanding of film history and technique. Directors usually start with small, independent projects, sometimes as part of film school programs.