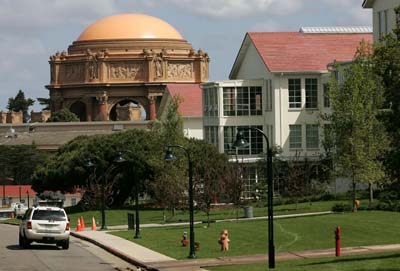 To create a 3-D computer-generated object, you'll need modeling software like Maya, 3ds Max or Blender. These programs come loaded with a large number of basic 3-D shapes, called primitives or prims, which are the building blocks of more complex objects. For example, you could model a car by connecting cubes, cylinders, pyramids and spheres of different shapes and sizes. Since these are 3D objects, they're modeled on the X, Y and Z axes and can be rotated and viewed from any angle.

When you first begin to model an object, it doesn't have any surface color or texture. All you see on your screen is the object's skeleton -- the lines and outlines of the individual cubes, blocks and spheres that have been used to construct it. This is called a wireframe. Each shape that's formed by the lines of the wireframe is called a polygon. A pyramid, for example, is made up of four triangle-shaped polygons.

In practice, there are several ways to create a wireframe model of an object. If you don't want to be confined to constructing objects from fixed shapes like blocks and cylinders, you can use a more free-form technique called spline-based modeling. Splines allow for objects with smooth, curved lines. Another method is to sculpt an object out of clay or some other physical material and use a 3-D scanner to create a wireframe copy of the object in the modeling software.

Once you have your wireframe -- through any modeling method you choose -- you can shade its surface to see what it would look like as a 3-D object. But to make the object look more realistic, you need to add color and surface texture. This is done in something called the materials editor [source: ICOM]. Here you can play with an endless palette of colors or create your own by adjusting the red, green and blue values, and tinkering with hue and saturation. Common surface textures like wood grain, rock, metal and glass usually come with the modeling software and can be easily applied to surfaces. You can also create image files in a program like Photoshop and wrap the image around the object like wallpaper.

Lighting is perhaps the most important component for giving an object depth and realism. Modeling programs allow you to light your objects from every imaginable angle and adjust how the surface of your objects reflect or absorb light. There are three basic values that dictate how a surface responds to light:

Modeling programs are especially helpful for creating realistic looking 3D objects because they contain mathematical algorithms that replicate the natural world. For example, when you light a sphere from a certain angle, the surface reflects light in just the right way and the shadow is cast at the precise angle. These details trick the mind into thinking that this object on a two-dimensional screen actually has depth and texture.