What is Computer Animation? 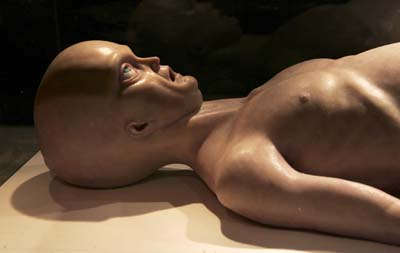 To animate means "to give life to" [source: ACMSIGGRAPH]. An animator's job is to take a static image or object and literally bring it to life by giving it movement and personality. In computer animation, animators use software to draw, model and animate objects and characters in vast digital landscapes. There are two basic kinds of computer animation: computer-assisted and computer-generated.

Computer-assisted animation is typically two-dimensional (2-D), like cartoons [source: ACMSIGGRAPH]. The animator draws objects and characters either by hand or with a computer. Then he positions his creations in key frames, which form an outline of the most important movements. Next, the computer uses mathematical algorithms to fill in the "in-between" frames. This process is called tweening. Key framing and tweening are traditional animation techniques that can be done by hand, but are accomplished much faster with a computer.

Computer-generated animation is a different story. First of all, it's three-dimensional (3-D), meaning that objects and characters are modeled on a plane with an X, Y and Z axis. This can't be done with pencil and paper. Key framing and tweening are still an important function of computer-generated animation, but there are other techniques that don't relate to traditional animation. Using mathematical algorithms, animators can program objects to adhere to (or break) physical laws like gravity, mass and force. Or create tremendous herds and flocks of creatures that appear to act independently, yet collectively. With computer-generated animation, instead of animating each hair on a monster's head, the monster's fur is designed to wave gently in the wind and lie flat when wet.

Technology has long been a part of the animator's toolkit. Animators at Disney revolutionized the industry with innovations like the use of sound in animated short films and the multi-plane camera stand that created the parallax effect of background depth [source: ACMSIGGRAPH].

Ed Catmull at the University of Utah was one of the first to toy with computer animation as art, beginning with a 3-D rendering of his hand opening and closing. The University of Utah was the source of the earliest important breakthroughs in 3-D computer graphics, like the hidden surface algorithm that allows a computer to conceptualize three-dimensional objects, and the Utah Teapot, a strikingly rendered 3-D teapot that signaled a turning point in the photorealistic quality of 3-D graphics [source: Carnegie Mellon School of Computer Science].

In 1973, "Westworld" became the first film to contain computer-generated 2D graphics. More films in the late 1970s and early 1980s relied on computer graphics, or CG, to create primitive effects that were designed to look computer-generated. "Tron" (1982) was ideal for showcasing undeniably digital effects since the movie took place inside a computer.

The increasing sophistication and realism of 3-D animation can be directly credited to an exponential growth in computer processing power. Today, a standard desktop computer runs 5,000 times faster than those used by computer graphics pioneers in the 1960s. And the cost of the basic technology for creating computer animation has gone from $500,000 to less than $2,000 [source: PBS].

Now let's look at the basics of creating a 3-D computer-generated object.