Browse the article How the World Series Works 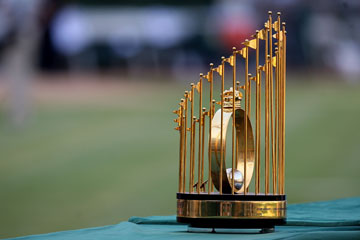 The World Series is professional baseball's biggest moment and biggest stage. Known as the "championship round" of Major League Baseball, it's the culmination of a 162-game regular season, preceded by an eight-team divisional playoff and a championship series for the American and National Leagues. The eventual victors meet to determine baseball's annual dominant team.

Nicknamed the "October Classic" or "Fall Classic," the World Series is one of the biggest events in all of sports, witnessed all over the world by baseball fans via TV and radio, particularly in the United States, Canada, Latin America and Japan, the parts of the world where baseball is most popular. The winner gets the coveted Commissioner's Trophy, named so in 1985, but awarded since 1967.

The World Series has been held annually since 1903. Although today the American League and the National League are linked under the banner of Major League Baseball, back then they were actually rivals. The World Series established a true champion in all of baseball, while also bringing the two leagues together and solidifying the rules and regulations of professional baseball.

More than 100 years later, the World Series is one of the most highly anticipated events in sports. Read on to see how it got started, and how it evolved into the celebration of baseball, Americana and nostalgia. 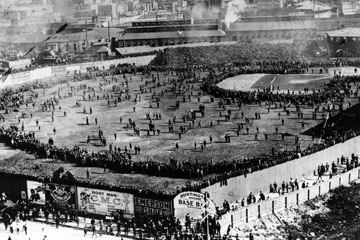 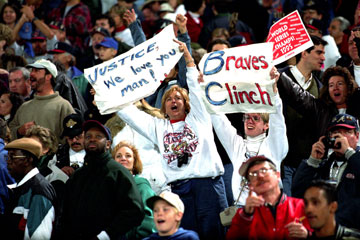 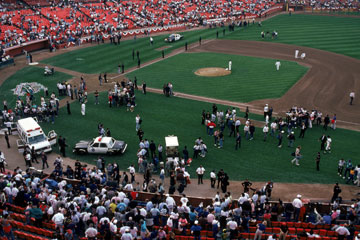 Some of the most important and dramatic moments in baseball history have happened during the World Series. For example, only 22 "perfect games" have been pitched in Major League Baseball history. That means that a single pitcher plays all nine innings and doesn't give up any hits, walks or runs -- nobody gets on base or scores. In Game 5 of the 1956 World Series against the Brooklyn Dodgers, New York Yankees pitcher Don Larsen threw the only perfect game in World Series play. There's only even ever been one other no-hitter in baseball's postseason, a 2010 National League Divisional Series no-hit, one-walk game by the Philadelphia Phillies' Roy Halladay against the Cincinnati Reds.

And then there's the "Curse of the Bambino." The Boston Red Sox are said to have been cursed for trading away one of the game's greats, Babe Ruth, in 1919 to the New York Yankees, with whom he won seven World Series. The Red Sox, meanwhile, hadn't won one since 1918, but they had a lead in Game 6 of the 1986 World Series against the New York Mets, with a 3-2 series lead. And then the Mets' Mookie Wilson hit a routine ground ball to Red Sox first baseman Bill Buckner -- but the ball went through his legs. A run scored, the Mets won the game, and then Game 7, as well. The Red Sox "curse" continued -- until 2004, that is, when the team came back from a three-games-to-none deficit against the New York Yankees in the American League Championship Series to win. The Red Sox then swept the St. Louis Cardinals in four games to win the World Series and finally break the supposed curse.

For lots more information on baseball and other sports, see the links on the next page.