From Concept to Broadcast: Paying for a Spot 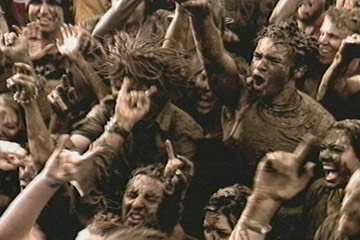 An image from a commercial for Pepsi that aired during the 2003 Super Bowl.
Pepsi Co./Getty Images

Once you've shot the ad and paid the actors, there's still one more step to take. The final cost is the purchase of the 30-second ad spot itself. Even at this point, costs can vary. Super Bowl ad costs fluctuate with economic conditions. While they tend to increase 5 percent per year, prices were flat in 1992, dipped in 2001, and fell one more time in 2010. Prior to the 2012 Super Bowl, NBC was predicting an average price of $3.5 million per spot, a huge increase over the previous year -- a prediction that turned out to be true [sources: Steinberg and Horovitz].

However, that average price isn't what everyone pays for their 30 seconds in the spotlight. Ads in the fourth quarter of the game tend to be less expensive than those in the first quarter. Anheuser-Busch likely pays less due to a volume discount -- after all, they buy as many as 10 commercials in a single Super Bowl. Sometimes, Super Bowl ads are tied into other advertising purchases with the network, which may bring a discount as well. Finally, not all commercials are 30 seconds long. A lot of the most famous ones are a full minute or more. In 2011, Chrysler ran a two-minute ad about the resurgence of the Detroit auto industry, featuring the music of rapper Eminem. It was the longest Super Bowl commercial ever run, and required special permission from the NFL, because it exceeded the usual 1:30 time allotted for a commercial break [source: Steinberg].

The total cost for a single 30-second Super Bowl ad? Some are probably made for $4 to $5 million. Others are probably closer to $10 million.

With all that money being spent, some of these ads must have resonated with the public. Which Super Bowl commercials have transcended cool to become legendary? Find out in the next section.