What does a stand-in do? 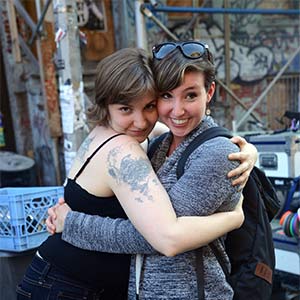 Time is money, and there aren't too many places where time is worth more money than on a movie set. The aim of a film crew -- who could number in the hundreds on a big-budget production -- is obviously to make a quality movie. But there's another big goal: to wrap on time and under budget. The best crew members do their job quickly and efficiently, and stand-ins are no exception. Attentive, observant stand-ins help the production run smoothly -- and a spaced-out stand-in can cost it precious minutes and a whole lot of money.

Stand-ins are the people who double for the cast during rehearsals, allowing the camera and lighting crews to finalize their equipment settings and movement. They have the same general build and coloring as their designated actor, and the wardrobe department gives them roughly the same clothing for each scene. Some stand-ins are utility stand-ins, doubling for a variety of actors on a shoot. Most of the main players on a TV show have regular stand-ins, as do the major characters in most films. The biggest movie stars have their own personal stand-ins who come with them on every job.

Before a movie scene is filmed, there are usually three rehearsals. The first is a private rehearsal with only the cast and a few observers. In the next rehearsal, the actors run through the scene in front of the crew to figure out their blocking, or exactly where and how they're going to stand and move. The stand-ins pay extremely close attention to their actors' movements during this rehearsal, taking note of each step, turn and gesture. It's their job to replicate everything as closely as possible during the setup (or camera) rehearsal.

While the actors head to hair, makeup and wardrobe to primp for shooting, the stand-ins attempt to re-create what they just watched so the crew can adjust the lighting and refine camera framing. They usually don't have to read any dialogue, but they do need to hit their marks exactly and stand in the light correctly so there aren't any surprises when the cameras are rolling.

Many stand-ins start as background actors, or extras. A background actor who works a lot, pays attention and makes the right friends (assistant directors, background production assistants) might be able to finagle his or her way into a shot as a stand-in.

Being a movie actor's double might seem like the perfect way to become best pals with a celebrity, but it usually doesn't work that way. Interactions between an actor and stand-in are generally cordial and professional, but not much more -- stand-ins are expected to give stars their space. But if you're looking for an up-close-and-personal opportunity to learn about filmmaking, the life of a stand-in could be for you.