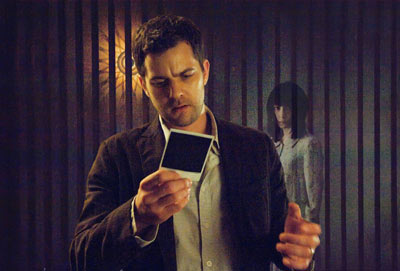 Four years ago, the movie "Shutter" scared the wits out of Thai audiences and became a runaway box office success. Now the ghost story with a twist has been remade in very United Nations fashion, shot in Tokyo by a Japanese director working with Canadian, Australian, American and Korean actors.

The language barrier posed a few problems from the get-go for the international crew -- director Masayuki Ochiai doesn't speak English. There were also the challenges of altering cultural elements of the story for a Western audience and shooting on location in crowded Tokyo. The cast also faced very real and often daunting adjustments in adapting to a foreign culture and customs during the three-and-a-half month shoot in spring 2007.

"Shutter" follows a couple who flee a hit-and-run accident and are then haunted by the victim, who shows up in their developed photos and is revealed to have a past connection to the young man. Joshua Jackson ("Dawson's Creek"), a native of Vancouver, British Columbia, plays photographer Ben, who's newly married to Jane (Australian Rachael Taylor of "Transformers"). The couple travel to Japan when he's hired to shoot a fashion layout there.

The remake is told from the female protagonist's point of view instead of the male's and relocated from New York City to Tokyo to heighten Jane's sense of unfamiliarity and isolation. The film delves into the world of spirit photography, a familiar phenomenon in Asia that also has believers in America. HowStuffWorks tracked down an expert in the field to help explain how it works, and his insights -- in addition to interviews with the lead actors and producer Taka Ichise --will give you a better understanding of the film. 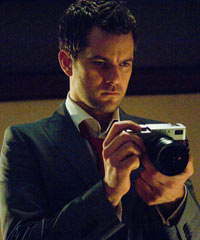 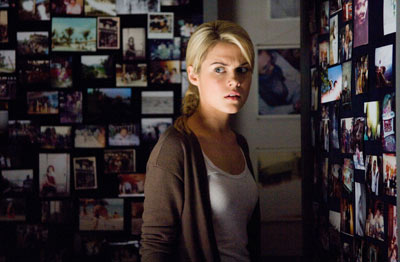 Spirit photography, in which ghostly figures appear in photographic images, dates back to the 1860s, when William H. Mumler produced and marketed pictures like the famous one of presidential widow Mary Todd Lincoln and a supposedly spectral image of her deceased husband. Photographs by Mumler and others were displayed in 2005 in an exhibition at New York's Metropolitan Museum of Art, which director Ochiai visited for inspiration.

In spirit photography, the ghostly image hovers behind the subject -- ethereal but distinct. How does it get there?

"A camera can pick up something that doesn't necessarily belong there and that can't be seen with the naked eye," says Dale D. Kaczmarek, author of "A Field Guide to Spirit Photography" and the "Windy City Ghosts" series. Kaczmarek is a lecturer and expert in the field who's been analyzing photographs for evidence of supernatural phenomena for the better part of 25 years.

Any type of camera -- including digital and video -- can capture spirit images, which might or might not look human. According to Kaczmarek, the spirit might manifest as "a streak of light, a strange light or fog." Authentic spirit photographs, he says, "don't fall into the category of easily explained."

Kaczmarek receives several photo submissions a day on his Web site, ghostresearch.org, and says he can find a natural explanation for 70 to 80 percent of them: bad film, double exposure, dust, reflections, glare, flash, fog, smoke or a person's breath. He makes his diagnosis using information about the camera, film, weather and other circumstances.

And what of intentional hoaxes? "Doctoring is very easy these days with Photoshop and computerized images," Kaczmarek says. He says he's received only around a dozen such images, though. "There are telltale signs: If the person [in the photo] is not centered, it's usually an indication that they're going to try to insert something."

Kaczmarek also lectures about spirit photography and leads workshops on how to capture spectral images on film. To start, he suggests exploring reportedly haunted locations. Bringing along a psychic, or a pet, may help. "Dogs and cats will alert you to the fact that they feel uncomfortable in a certain location," he says.

While he has not seen "Shutter," Kaczmarek gives thumbs up to portrayals of ghostly phenomena in films like "The Others," "Ghost," "The Sixth Sense," "White Noise," and even the comic "Ghostbusters." "['Ghostbusters'] showed the high-tech equipment, and that ghosts have a humorous side," says Kazmarek, whose Web site plays the movie's theme song. "They're not always there to frighten."

Producer Taka Ichise, considered the "Horror King" of Japan for his work on the original versions of "The Grudge"/"Grudge 2," "Dark Water" and "The Ring," was familiar with spirit photography long before "Shutter."

­Joshua Jackson remains a skeptic but doesn’t entirely dismiss the notion. "I’ve never had a ghost moment, but I don’t deny that it’s possible," he says. 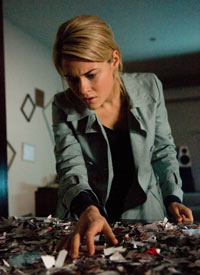 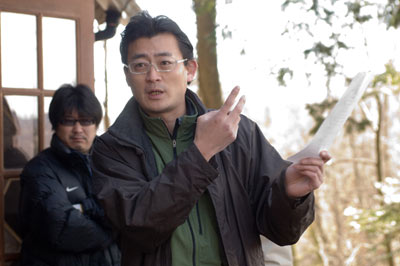