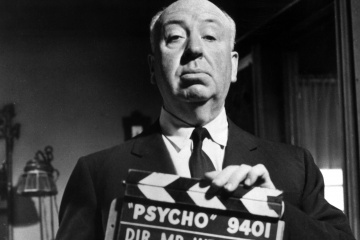 Back in 362 B.C.E. as Mantinean soldiers prepared to engage with Theban forces during the Battle of Mantinea, a small drama unfolded. One soldier turned to his neighbor and said, "You know, this really reminds me of that scene near the end of the 'Odyssey' where Odysseus gets ready to slaughter all his wife's suitors." His neighbor's face fell. "Oh great!" he said. "Thanks for ruining it for me."

The neighbor's demoralization could be one of the reasons why the Thebans were able to drive through the Mantinean phalanx, representing one of the earliest consequences of not providing a **Spoiler Alert**. However (SPOILER ALERT), although the Thebans won the battle, they ultimately sued for peace because their leaders died.

Were foot soldiers in Ancient Greece really guilty of spoiling epic storylines for one another? Hard to say. What we do know is that upon the 1960 release of "Psycho," Alfred Hitchcock pleaded with viewers not to give away the ending since it was the only one he had.

That was a good line, but you'll notice Hitchcock didn't use words like "spoiler" or "spoiling." That first-use distinction goes to one Doug Kenney, who in 1971 penned an inflammatory article titled "Spoilers" for the satirical magazine "National Lampoon." Therein, he proposed to save readers both time and money by spoiling the plots of as many books and movies as he could manage.

After that, the term "spoiler" began to take root in popular culture. In 1979, a book reviewer in the sci-fi magazine "Destinies," for instance, began adding "spoiler warnings" before revealing key plot points in his reviews [source: Freeman].

But it was electronic media that eventually provided the ideal environment for the idea of "spoilers" to flourish. In 1979 an electronic mailing list called "SF-Lovers" hosted by MIT's Artificial Intelligence Laboratory saw a flurry of discussions about the first Star Trek movie. The moderator started adding spoiler warnings to the communications. And in 1982 it was the second Star Trek movie, "The Wrath of Khan," that inspired the first known use of the term "spoiler alert" on an early form of Internet discussion group [source: Zimmer].

Fast-forward to July 2010 when TV critic Alessandra Stanley published a now-infamous article about "Mad Men" in which she mentioned key plot points of the show's fourth season WITHOUT a spoiler alert warning. The outrage was astronomical. The show's creator professed himself to be "shocked." Other journalists pilloried her; she was branded "despicable" by "New York" magazine [source: Freeman]. The idea of spoilers had reached its zenith, so embedded in the cultural etiquette were they that to flout the rules governing them was to risk public shaming.