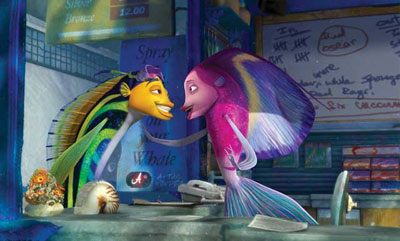 One doesn't need a cast list to pick out the actors behind the finny characters in the animated movie "Shark Tale." Even without hearing the distinctive voices of Will Smith, Renee Zellweger, Angelina Jolie and Robert De Niro, it's easy to tell who's who from the visual clues. These fish bear an uncanny resemblance to the performers behind them, which was the creators' intent right from the start when they conceived the project nearly five years ago.

So how do you match an actor to a fish, and vice versa? In this article, we'll take a look at the process of meshing live actors with their non-human, animated counterparts.