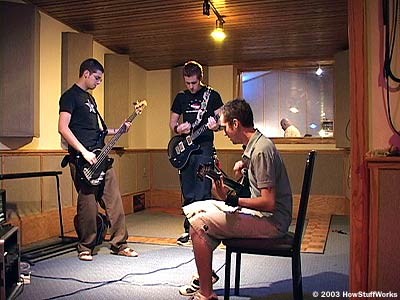 In return for royalties on albums sold, the band agrees to record those albums. That seems simple enough -- it is not possible to sell albums without recording them. The contract will normally set up a group of contract periods, with each period generating an album and one or more singles.

In other words, the label owns the songs you have recorded for a very, very long time.

If the label does not like the album, it has the right to reject it. In that case, the band has to record another album. Or the label can accept an album but shelve it and never release it. The lock-out clause will still apply in that case, even though the songs were never released.