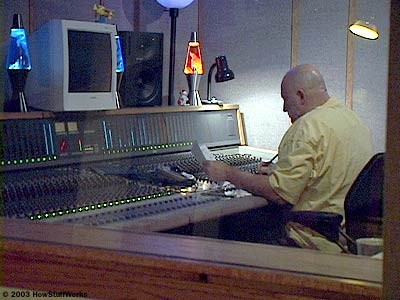 In addition to global exposure and fame, the biggest reason for signing a recording contract is to get paid for your music. The record company will record your act, master it, produce the recording or "album" (refers to CDs, tapes, etc.) and sell them through record stores. You get paid a percentage of each album sold. This percentage is known as a royalty. There are other ways for musicians to make money (see How Music Royalties Work for details), but royalties on the sales of albums is the main source of money coming from a recording contract.

The percentage that you receive for each album sold is a negotiating point, but typically it can fall anywhere between 10% and 20%. Most new artists get a royalty percentage at the low end of the range, and 10% is common. A royalty deal seems simple enough. If a CD sells for $15 and the royalty percentage is 10%, the band should get $1.50 for the sale of each CD. If your first album sells a million copies, your band should get $1,500,000. What's not to like about that?

The first thing to keep in mind is reasonable expectations for the sale of an album. The music industry publishes tens of thousands of new albums every year, and only a small percentage of them are going to go gold (500,000 records sold) or platinum (1,000,000 records sold). You have about a 1-in-20 chance of producing an album that is a major hit.

The second thing to keep in mind, and this is a big one, is that the band does not get $1.50 for each CD sold. This discrepancy comes from the fact that the retail price of an album is different from the wholesale price, and many recording contracts pay based on wholesale rather than retail prices. These different calculations have a big impact on the amount of money a band can make.

It is not uncommon in the music industry (or the book industry, for that matter), for retail stores to mark up the wholesale price by as much as 80% when a CD is put on the shelf. Then there are things like coupons, rebates, promotional discounts, etc. that can carve into wholesale prices. In addition, there is the concept of a sales channel. For example, record clubs represent a different sales channel from retail record stores, and record clubs usually get their CDs at a lower wholesale price. Therefore, the band gets less money from discs sold through record clubs. Foreign sales are often treated the same way. Even discount clubs like Sam's and Costco can be different channels with lower wholesale prices.

The royalty amount can also be reduced by various charges. For example, it is common for a recording contract to withhold 25% of the band's royalties for a packaging charge. There may also be a deduction for free CDs. It is not uncommon for a record company to give away free CDs to a vendor instead of discounting the wholesale price of a CD. If that happens, then the band will be paid nothing for the free CDs given away.

Another common practice is to charge the band for a variety of costs associated with producing an album. For example, the cost of recording the album, promoting the album, producing a music video and touring for the album may all be recoupable expenses. Which means all of these expenses may be deducted from the band's royalties before the band gets paid. The cost of recording an album can easily reach several hundred thousand dollars, and so can promotion, touring and music video costs. All of these costs get subtracted out of the band's royalty payment before the label writes the band a royalty check.

Finally, there is the concept of an advance against royalties. The record company may pay the band a set amount of money during the album's development so that the band can eat while they create an album. If so, that advance will be recouped before any royalties are paid.

If any money survives the recouping process, and the band actually gets a check, then the band's manager and/or agent will get a cut of the proceeds. A manager typically gets 20%, for example. Then, the money that remains gets divided among the band members.

What this system tends to do is create a situation where only those bands who create gold and platinum records ever get paid anything outside of their advance money.

From this discussion, you can see that you need to be aware of several things when reading a recording contract:

It is interesting to compare the record industry with, for example, the publishing industry for books. Both industries pay on a royalty basis. However, in the book industry, while there may be an advance given, there are none of these other recoupable expenses, deductions, charge-backs, etc. A book author is paid a fixed percentage of the wholesale or retail price paid for the book.

Not all record companies handle the pay-out this way. Let's take a look at a different method.