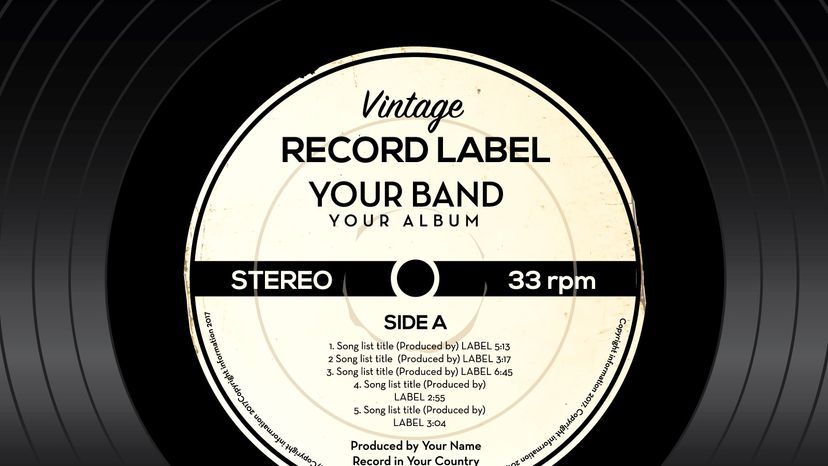 Have you ever wondered how record labels work? JDawnInk / Getty Images

Your band is getting gigs, and you've managed to record a three-song demo at a local studio. You're even thinking about hiring someone to manage the band. These three steps are leading up to one massive leap -- finding a record label. It's the only way you can get your music REALLY out there.

In this article, we'll take a look at how record labels are organized, what each department is responsible for (as in, "what can they do for you?"), how radio plays into the picture and the differences between the big guys and the indies. We'll also answer some key industry questions: How do record labels find talent? What does A&R stand for, and what do those guys really do?

Organization of a Record Label 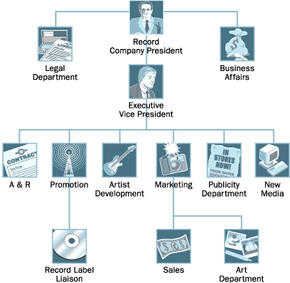 Remember that nowadays, many record companies are huge corporations that own a variety of record labels. For the most part, these companies are located in New York, Los Angeles or Nashville. These corporations usually consist of a parent company that owns more than one record label. For example, Warner Brothers Records owns Reprise Records and Maverick Records. BMG owns Arista Records, RCA and J Records. In today's economy, most large record companies are actually huge conglomerates that own a variety of subsidiary record labels. Often, the subsidiary labels are each mini-companies operating under the umbrella of the larger corporation.

To describe the hierarchy of a record company, it's best to start at the top. The CEO (chief executive officer) is in charge of the business of the whole company. In addition, each label also has its own president. Under the president of the individual label, there are vice presidents in charge of different departments. Let's take a look at the departments that make up a major record label:

Why shop for a label?

Record companies (known as record labels because albums have a label indicating which company produced it) take on a lion's share of the work of the music industry. They sign, develop, record, promote, publicize and sell music. Of course, all those things happen before the album ever gets into the store.

Record labels come in all sizes, from small independent labels run by one or two people to huge corporations made up of hundreds of people in dozens of departments. In fact, Billboard, the best known music industry publication, lists more than 2,000 record companies currently in operation. Music is big business. Successful records sell millions of copies and earn billions of dollars for the record companies.

The A&R department of a record label is often regarded as the gatekeepers of the record company. A&R departments have a powerful reputation because they have the all-important job of finding and nurturing the musical talent. Imagine your importance in the music industry if you were the one who first discovered Madonna or Aerosmith or Britney Spears.

A&R stands for "artists and repertoire," but many musicians joke that A&R stands for "attitude and rejection." Without being noticed or discovered by A&R people, there is almost no way for an artist to get signed by a major record label. In times past, artists would send "unsolicited" demos (tapes that were not requested by the record company) to A&R departments, and the executives would listen to the tapes and hope to find the next big thing. Over time, so many artists were sending demos that it became impossible for A&R people to keep up. Because of this and other legal issues, labels, with a few exceptions, soon stopped listening to unsolicited material. Because it is so difficult for the average musician's demo tape to even make it to the desk of the powerful A&R execs, many people ask how A&R people go about finding talent.

If you ask A&R people, they will tell you that they are always completely inundated with new material. They often barely have time to listen to the numerous demo tapes given to them by friends, agents, managers, attorneys and other reliable sources. With only a few people serving as the gatekeepers and thousands of aspiring bands and singers out there, you can imagine how difficult it can be to break into the record industry.

The best way to find out about what kind of talent A&R people look for and how they find it is to take a sampling of opinions from some of the major label executives. For instance, Tom Devine of Columbia Records has worked in the business long enough to know a lot of people. Devine looks first at the demos given to him by his most trusted business sources and works his way down from there. Other executives, like Max Gousse of Epic Records, examine the music industry itself to see if there is a void in the market. Gousse may seek out a certain type of artist that he feels is doing a different kind of music than what is already in the stores. To read more about how A&R executives find talent, check out "Record Label 101" on the Record Labels & Companies Guide.

It is also important to remember that when A&R executives discover and promote a particular artist, they are putting their own name on the line. If the artist fails, an A&R executive's job may be at stake. As this part of the recording industry becomes clearer, you can see how difficult it is for an average band without record industry contacts to "make it." The other thing to remember about this industry, though, is that while a lot bands get rejected, some still make it through the gates of A&R. When an artist is discovered by a record company, then the full machinery of the record label must begin the work of producing, promoting, marketing, distributing and selling the album.

The Business of Music 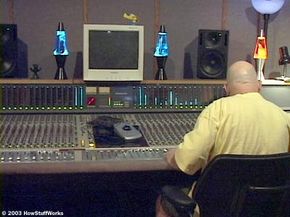 Now that you understand how a record label is organized and what the A&R department does, it's time to take you through the steps a record company goes through when it decides to sign an artist. To understand this process, let's take a look at a rock group we'll call "Band X," and a record label we'll call "For Example Records."

Before artists can be signed, they have to be discovered. Imagine, for this example, that Band X is discovered after an A&R representative from For Example Records goes to see Band X at a live show. Before the A&R person went to the show, he was given a demo tape by a trusted source and did his research on the band. At the club, he likes what he sees and now must convince the entire A&R staff to sign the band. When they are in agreement, the band is signed and the wheels go into motion.

Band X must now plan its album. The A&R director and producer decide on the concept of the album and select the songs that will be on the album. For Example Records gives Band X a budget, which is used for studio musicians, studio engineers and studio time. The A&R executive then coordinates a time for the band to begin recording the album. (In the past, record labels had their own "in-house" recording studios, but today most record labels use independent recording studios.)

As this is going on, the other departments of the record company are in full swing. A budget is allotted for advertising, art, publicity and promotion. As graphic artists, designers and copywriters begin their work, the A&R department, as well as publicity, marketing and sales, decide on a release date for the album. The artist development department (along with other departments) plans the live performances, promotional tour and radio and TV appearances. The record company must make sure that there is promotion for Band X on the national, regional and local level (depending on how much money the label is willing to spend).

Near the time that the album will be released, the label's departments are working hard to secure press coverage and exposure for the band. All the machine's parts are working together to make sure that Band X's album will sell many copies, ensuring the success of everyone involved, from the artist to the radio stations to the CD stores.

This is just a sampling of some of the things that happen when a record label signs an artist. As you can tell, the music business is not just parties and hanging out with rock stars. A record label must do a great deal of work to discover, sign, produce, promote, distribute and sell an album.

The Importance of Radio

When record labels are about to release an album, they have their promotions and/or sales department try to get radio airplay for the album. In the history of the music industry, there have been a million ways record labels have tried to get their artists on radio stations. They have done everything from fly an artist to a station to do an interview to offer stations illegal money (called payola) to play an artist's music.

Why Do CDs Cost So Much?

According the RIAA, there are many factors that go into the overall cost of a CD, and the plastic it's pressed on is among the least significant. But while CD manufacturing costs may be low, it takes more money than ever before to put out a new recording. Here are just some of the costs that go into the production of an album:

Music Moguls vs. The Indies

Now that you understand the organization of a record label, you can see how difficult it would be to have to take on the job of A&R, artist development, marketing, publicity and sales with only a few people. The larger record companies succeed because they have the money and power to hire many people to do all these jobs. At an independent record label, it may be the same person who discovers the artist or band, calls the radio stations about getting airplay and arranges the artist's publicity. That is not to say that independent record labels cannot succeed, it just takes a lot more work.

According to the Record Labels & Companies Guide, the best way to succeed in the indie record label game is to specialize in either local music or genre music. These are two areas that the major record companies may ignore. For example, an independent label called SubPop succeeded by promoting local Seattle punk and grunge music. GoKart Records did the same thing in New York City. Some independent labels specialize in certain musical genres. Alligator Records only releases blues albums, while Moonshine Records specializes in electronic dance music. In this way, independent labels succeed by bringing music to consumers that the major record labels don't release.

The Internet has also done a lot to promote the success of independent record labels. If they have trouble getting retail stores to carry their product, indies can sell albums over the Internet. The Internet has also been host to a variety of contests for music artists wherein the winner receives a record contract with an indie. If you're interested in independent record labels, check out IndieCentre, GarageBand.Com or theCollege Music Journal.

For more information about record labels and the music industry, check out the links on the following page.

The Beat Goes On 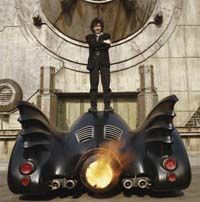 Up Next
How Audio Post Production Works
Explore More 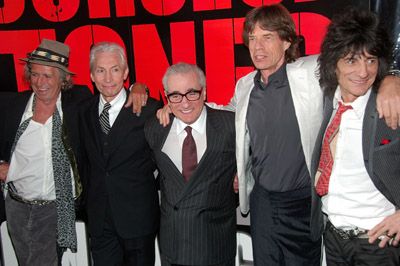 You May Like
How Concert Tours Work
Explore More 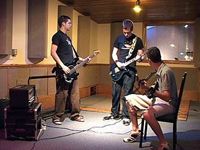