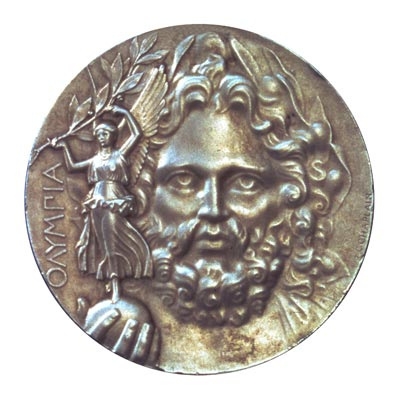 That’s the silver medal awarded to winners of the 1896 Athens games. First-place athletes also received an olive branch and a diploma. Those who came in second got a diploma as well, along with a copper medal and a branch of laurel. 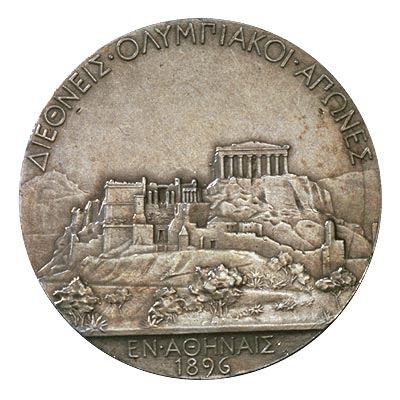 The reverse side of the 1896 medals featured the Acropolis. 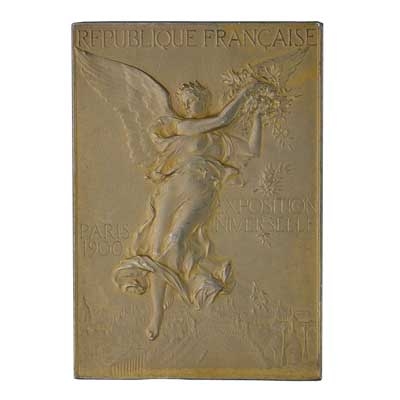 At the Paris 1900 games, the front of the medal portrayed a winged goddess holding a laurel branch. 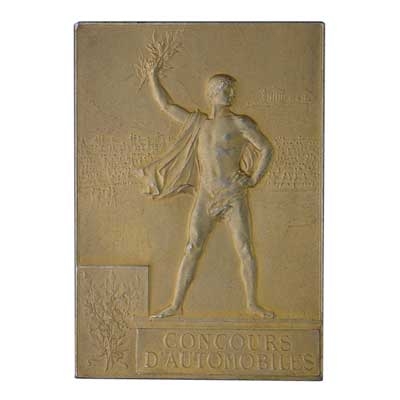 On the back stood a victorious athlete, with the ever-popular laurel branch held high. 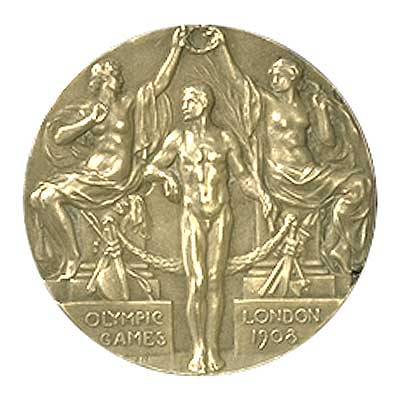 In 1908, the London medals displayed two women crowning the head of a triumphant athlete with more laurel branches. 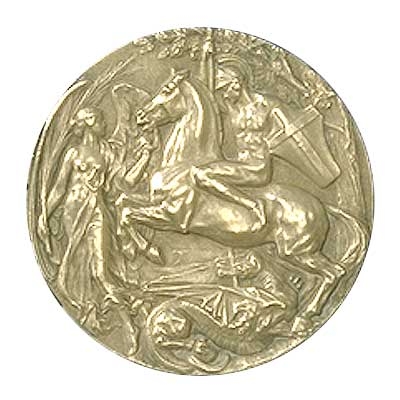 The patron saint of England appeared on the opposite side of the 1908 awards. According to legend, St. George slew a dragon in order to save a princess. 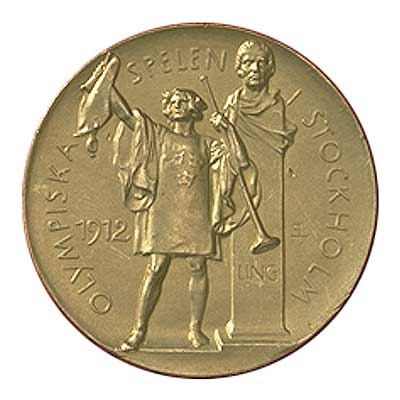 The medals of the 1912 Stockholm games had the same image on the front as the London ones had, but on the flip side a herald announced the opening of the Olympics. Beside him was a statue of Ling -- the man who founded the Swedish gym system. 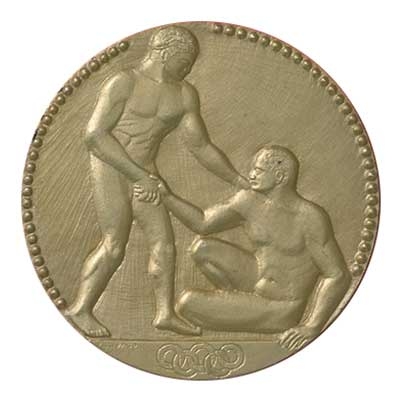 The 1924 Paris summer games showcased medals that embraced the idea of good sportsmanship, with one competitor helping his rival to stand. 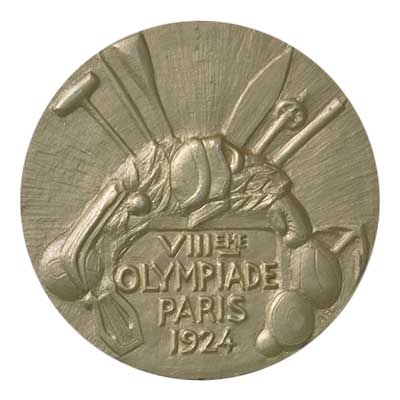 On the opposite side was a harp, signifying the cultural aspect of the games, and an array of sports equipment forming an arch. 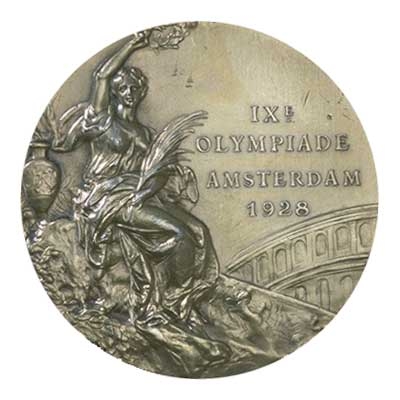 In Amsterdam in 1928, the medals showed Nike, the traditional goddess of victory. Most subsequent Olympic organizers modeled the front of their medals on this design, using the backs to convey their city's spirit and flair. 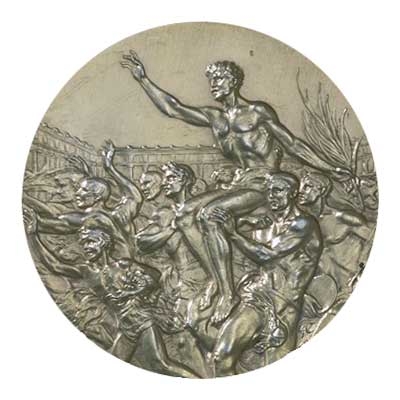 The other side of the Amsterdam discs depicted an Olympic champion being borne on the shoulders of adoring fans. 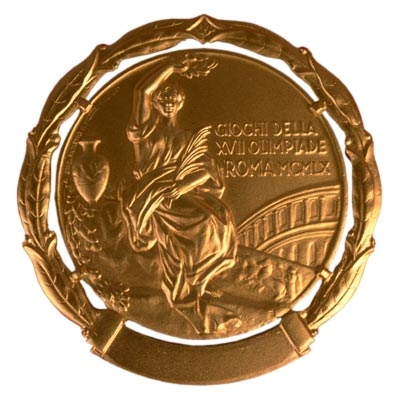 In the 1960 summer games hosted by Rome, the medals still showed Nike, the goddess of victory, surrounded by a circlet of laurel leaves. The flip side was consistent with the back of the medals awarded in Amsterdam. 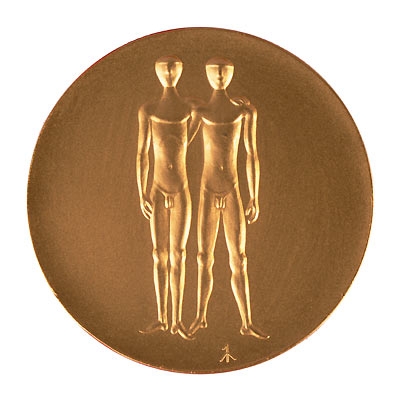 The Munich summer games in 1972 featured medals with Castor and Pollux on the reverse. The sons of Zeus and Leda were meant to embody friendship and competition. 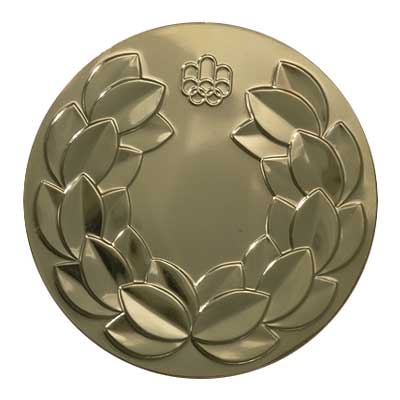 The sparse design on the back of the 1976 Montreal Olympic medals portrayed a stylized crown of laurel. 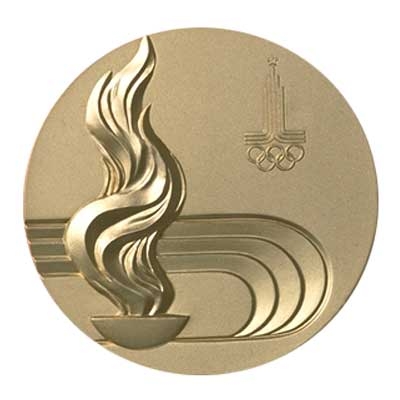 Winning athletes at the 1980 Moscow summer games received medals stamped with a burning flame rising from the Olympic bowl on the back side. 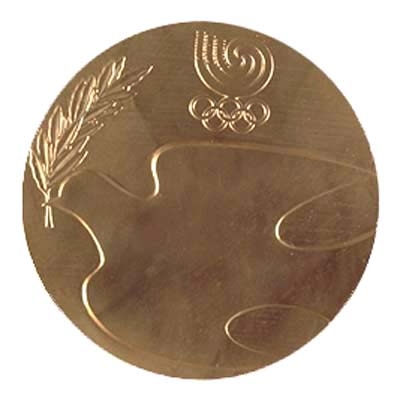 At the 1988 Seoul games, the reverse of the medals portrayed a soaring dove holding a laurel branch in its beak. 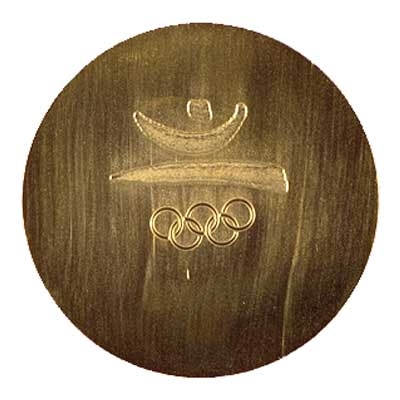 Barcelona's 1992 discs were emblazoned with the emblem of those games -- an abstract human figure seemingly leaping over the rings. 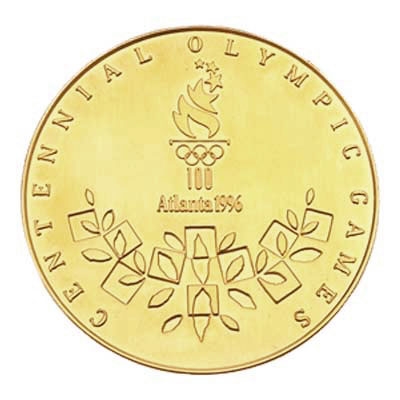 In 1996, the Atlanta Olympics celebrated the centennial of the games with a stylized olive branch on the reverse. 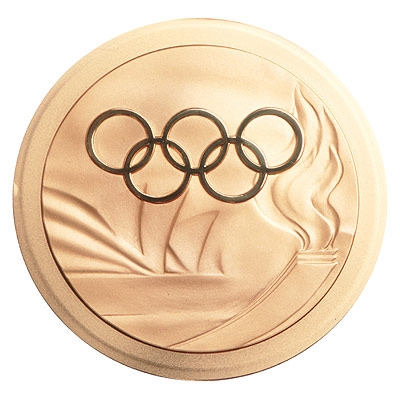 For the 2000 Sydney summer games, the reverse of the medals showed the city's famous opera house in the background, with the foreground containing the Olympic torch and rings. 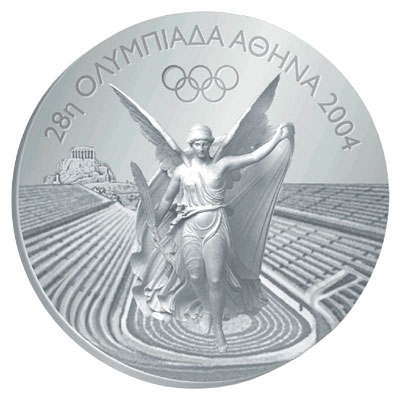 In 2004, Athens broke with tradition for the first time since 1928, creating a new image for the front of the medals. This design will be used going forth, symbolizing how Greeks forged the games in ancient times and revived them in 1896.

Robert Trent Jones
How does a pitcher warm up?
NFL Players In Their Own Words