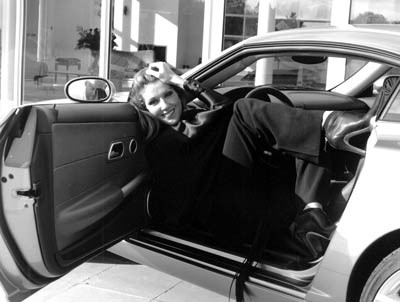 If you want to use a song in a TV or radio commercial, you need a Master Use license from the label (unless you are re-recording the performance) and a Synchronization license (TV) and/or a Transcription license (radio) from the publisher.

According to the book "All you need to know about the music business" by Donald Passman, "The fees for synchronization licenses are really all over the board, and they vary with the usage and the importance of the song." For example, Passman's book mentions some fee ranges:

Generally you would obtain the licenses you need through some sort of clearing organization that handles licenses on a daily basis. For example, see LicenseMusicNow.com.

With songs from Faith No More, the Violent Femmes, David Bowie and The Clash, the music licensing fees for the film "Grosse Point Blank" and its CD soundtrack were probably fairly pricey.
Image courtesy Amazon.com