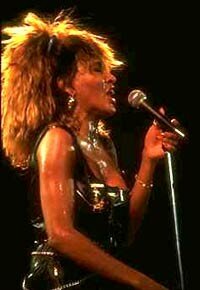 Tina Turner's Song "Simply the Best" was used in an ad campaign for Pepsi in 2000.

Let's say you are reading Rolling Stone magazine, and you find an article about an ad campaign that Phillips has launched. The ads feature the Beatles hit "Getting Better". In the article you read this:

But according to the licensing expert, the company no doubt "paid a fortune" for the Beatles hit: an estimated $1 million. The source suspects Gomez made no more than $100,000.

This is the world of music licensing -- a world where the rights to use music are bought and sold every day. This world is most obvious to us in a case like the one described in this example. A popular song that everyone knows gets embedded in a TV commercial or a popular movie. 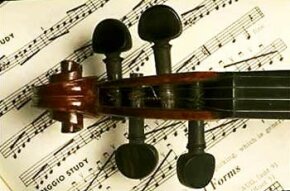 The sheet music for a song can be copyrighted.

Music licensing in the United States is made possible by the protection that U.S. copyright law provides for artists. According to this article from the U.S. copyright office:

The copyright code of the United States (title 17 of the U.S. Code) provides for copyright protection in sound recordings. Sound recordings are defined in the law as "works that result from the fixation of a series of musical, spoken, or other sounds, but not including the sounds accompanying a motion picture or other audiovisual work." Common examples include recordings of music, drama, or lectures. Copyright in a sound recording protects the particular series of sounds "fixed" (embodied in a recording) against unauthorized reproduction and revision, unauthorized distribution of phonorecords containing those sounds, and certain unauthorized performances by means of a digital audio transmission. The Digital Performance Right in Sound Recordings Act of 1995, P.L. 104-39, effective February 1, 1996, created a new limited performance right for certain digital transmissions of sound recordings.

So a sound recording is just that -- a recording of sounds.

There are several things that can be copyrighted in any sound recording for a song.

According to the the U.S. copyright office, copyright protection extends to the contribution of the performer(s) whose performance is captured.

For example, let's say I sit down and I write a piece of music and entitle it "Electric Snik". I record it onto a tape using an electronic keyboard:

Let's say that I also come up with lyrics for a song called "She's So Incredible" that I sing to the melody of "Electric Snik". Now I play "Electric Snik" and I sing "She's So Incredible" while recording it on a tape recorder. If I send the tape to the U.S. copyright office with the proper forms and the registration fee, I will own copyrights for the song, the lyrics, and the actual performance recorded on the tape.

Once I have the copyrights, I can sell rights to the song if I choose to, and I can also prevent anyone else from using the music, the lyrics or the actual performance of the song. I "own" the whole song and all the rights to it. I can license the song in any way I choose.

In the case of a "real song", like something you would hear on a top-40 radio play-list, there are several different parties involved with the song:

If you want to use a song for any reason, you have to somehow obtain rights at least from the publisher, and possibly from the label as well (if you are planning to use a specific performance). Here are just a few examples of when you need to obtain rights:

Perhaps half a billion dollars trade hands every year through licensing fees.

With each of these American Idol contestants performing hits from famous recording artists, obtaining music rights must be a big concern for the folks at FOX.
Photo courtesy FOX

If you own a radio station or a restaurant and you want to broadcast or play music, what you need are public performance rights-- the right to play music that the general public will hear in one way or another. Obviously, if you own a radio station playing 300 or 400 songs every day, you would go insane if you had to obtain public performance writes from every label and publisher. Therefore, public performance rights licensing is now handled by two very large companies named ASCAP (American Society of Composers, Authors and Publishers) and BMI (Broadcast Music Incorporated) that simplify the process. Each one handles a catalog of about 4,000,000 songs.

Any establishment that wants to play music that will be heard by the general public needs a license as well. If you go to the Forms section of the BMI Web site, you can find a list of dozens of forms to cover every different type of establishment that you can imagine.

Let's consider this example -- a skating rink that wants to play music for its skating patrons needs to fill out this form. The schedule of fees is right on the form. If you own a rink that has 15,000 square feet of skating area and you charge customers $5.00 to skate, you own a class 6B establishment and you need to pay BMI $205 every year. You would need to do the same thing for ASCAP.

Technically, anyone performing music publicly anywhere has to pay:

If you do not pay and you get caught, you can be sued. Beware, the fines are pretty steep -- sometimes thousands of dollars.

Here are just a few examples of the establishments covered in the forms section of the BMI Web site: 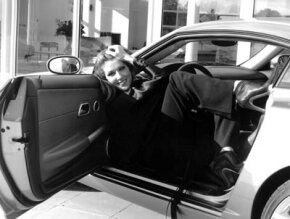 If you want to use a song in a TV or radio commercial, you need a Master Use license from the label (unless you are re-recording the performance) and a Synchronization license (TV) and/or a Transcription license (radio) from the publisher.

According to the book "All you need to know about the music business" by Donald Passman, "The fees for synchronization licenses are really all over the board, and they vary with the usage and the importance of the song." For example, Passman's book mentions some fee ranges:

Generally you would obtain the licenses you need through some sort of clearing organization that handles licenses on a daily basis. For example, see LicenseMusicNow.com.

With songs from Faith No More, the Violent Femmes, David Bowie and The Clash, the music licensing fees for the film "Grosse Point Blank" and its CD soundtrack were probably fairly pricey.
Image courtesy Amazon.com

The tale of "Happy Birthday to You" 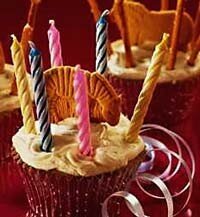 The song, "Happy Birthday to You" is copyright protected until at least 2030.

The song "Happy Birthday to You" is an example of just how interesting the world of licensing is. Think about this song -- it is only 6 notes. Yet it is one of the best known songs in the world. It was written in 1893 by Mildred and Patty Hill and first published with the words, "Good morning to you".

The words "Happy Birthday to You" were first seen in print in 1924, although the author is unknown. Copyright was registered in 1934 in a court case involving a musical called "As Thousands Cheer" by Irving Berlin. The Clayton F. Summy Company became the song's publisher in 1935. Through a series of purchases and acquisitions, the song now belongs to AOL Time Warner. ASCAP represents the song for public performance licensing.

The copyright to "Happy Birthday to You" should have expired in 1991, but the Copyright Act of 1976 extended it, and the Copyright Term Extension Act of 1998 extended it again, so the song is protected until 2030 at least.

Think music licensing is limited to t.v. and the film industry? Think again. The video game, Grand Theft Auto: Vice City for Playstation 2 and its soundtrack box set are filled with dozens of famous songs. There's a wide range of artists -- from Tesla to Tears for Fears, the Psychedelic Furs to Squeeze and Frankie Goes to Hollywood to Foreigner.
Image courtesy Amazon.com

There are many other situations where you need a license to use music. Here are several examples:

To see how particular things can get, consider this example:

Let's say you have a cheerleading squad at your high school and you buy a CD from a place like Power Music for your practice sessions. Now you want to play the CD while your squad performs at a basketball game. The school should have waivers for ASCAP and BMI for that, but you need to make sure. If a local TV station wants to broadcast the game, there is a problem if you perform to the music because that is a retransmission of the music. Then if you want to video tape your squad performing to the music and sell the video tape, you have the same sort of retransmission problem. There are so many problems, in fact, that Power Music offers a FAQ on it. In the FAQ it says, "Over the years our writers and producers have created hundreds of songs that are available for video license. Since we own the recordings and the compositions we can grant you the license to manufacture videos with music from our catalog."

In other words, about the only time you do not have to pay to use music is when you are sitting in your home or automobile listening to the radio with your family. And in that case, the radio station paid for you to hear the music with blanket licenses from ASCAP and BMI, and you pay by listening to the station's commercials. Every other possible use of music legally requires the payment of a licensing fee.

For more information on music licensing and related topics, check out the links on the next page.