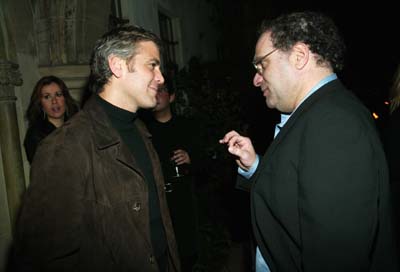 If you've watched all the credits roll at the end of a movie, you know that a lot of different people were involved in producing and distributing that movie. If you read closely, you may have noticed that rather than listing a single movie producer, the credits named movie producers of several different types.

Movie production is such a complicated process that usually one producer, known as the executive producers, supervises and is assisted by others who take on part of the producer responsibilities. We've already discussed the role of the main producer. Here's more about the specific jobs of producers, taken from the Producers Guild of America, a trade association for film, television and new media producers.

Executive Producer -- Supervises one or more producers as they perform their duties for one or more films. The executive producer may represent the film studio and keep watch over the producer to make sure the movie is within budget and being made the way the studio wants. Or the title may be given as a symbolic gesture or to give a movie visibility. George Clooney, for example, was listed as executive producer for "Far from Heaven" (2002) to generate publicity, but didn't spend any time on the set, according to the film's producer Christine Vachon.

Assistant Producer -- Works on tasks assigned by the associate producer.

Coordinating Producer -- Coordinates the work of several producers to create a unified end result. Coordinating producers are valuable when a studio produces several related films, as with "Spiderman," or particularly when two related films are being produced at the same time, as with the two sequels to "The Pirates of the Caribbean."

Line Producer -- Handles the physical aspects of a movie's production and usually is not involved in decision-making regarding creative issues. This is the person who oversees the budget and day-to-day activities during filming. In addition to making sure the movie stays on budget and on target, the line producer handles any crises that may occur.

To become a movie producer, you'll probably move up through some of these jobs. But expect stiff competition because jobs are limited at the major studios. The U.S. Bureau of Labor Statistics sees the most opportunity in filmmaking jobs related to evolving technology, such as computer specialists, multimedia animators and for job seekers skilled in digital filming, editing and computer-generated imaging.

But film producers will always be needed. The bureau recommends small or independent filmmakers as providing the best prospects for beginners because they are likely to grow more quickly as digital technology cuts production costs [source: U.S. Bureau of Labor Statistics].

For lots more information about movie producers and related topics, check out the links below.