Responsibilities of a Movie Producer 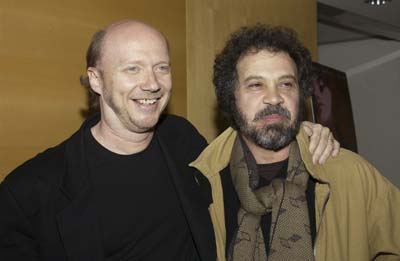 A movie producer is the person responsible for making sure an appealing, high-quality movie is produced on time and within budget. That means supervising and packaging the project from conception to distribution to theaters, while interfacing with the studio and managing the work of hundreds of individuals [source: Full Sail].

As you can see, movie producers do indeed have to wear many hats during movie production. Starting at the beginning of the process, here are some of the main producer responsibilities:

You may be wondering where movie producers find the material or come up with a film concept. In some cases, actors, writers or editors approach producers with a completed script. In other cases, coincidence or serendipity has led to successful movies.

The animated feature "Bee Movie" (2007), for example, started with an offhand comment by comedian Jerry Seinfeld to producer Steven Spielberg during dinner. "Wouldn't it be funny if they made a movie about Bees and called it 'Bee Movie'?" Seinfeld mused. Spielberg liked the idea, and Seinfeld found himself with a deal and the need to write a movie to go with his title. That took two and a half years.

"Rocky" (1976) started with a casual comment from an actor. Producer Robert Chartoff arranged to meet Sylvester Stallone after seeing him act in the "The Lords of Flatbush." Stallone mentioned that he had an idea for a script about a boxer and asked Chartoff if he would read it. Six weeks later, the actor brought in the first draft of the script for the film that earned him an Oscar nomination for best writing and was followed by five sequels.

Obviously there's plenty to learn if you want to be a movie producer. Go to the next page to find out about the training you'd need.