Getting Your Foot in the Door as a Movie Director 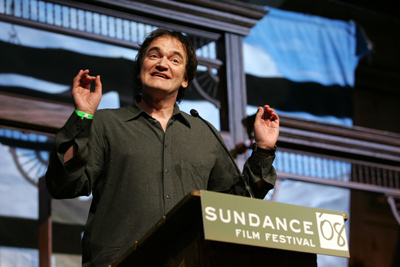 You want to be a movie director. You have the desire, and you think you have the persistence. Now you need the education and experience to attract a movie production studio’s attention. As Akira Kurosawa noted, you can’t be a front-line commanding officer without thoroughly understanding of every branch of the service. In the case of a film director, that means understanding everything about making a movie.

While some directors like Quentin Tarantino succeeded in directing movies without a college degree, that has become much more difficult. Earning a degree can help you understand the technical aspects of the business and help you gain credibility with a studio. Many colleges and other schools offer degrees in film directing. Among the best-known schools and some of their famous alumni are:

Plenty of other schools also offer courses in directing movies. If you attend one, you’ll be likely to learn about the technical aspects of filmmaking, such as cinematography and editing, as well as learning to work with actors and crew members. You’ll probably also examine directing styles, techniques and strategies, along with elements of storytelling (plot, character and theme), and the history of film. Besides attending classes, students at filmmaking schools participate in workshops and make one or more films while they're in school. Some schools, like the American Film Institute offer targeted training, like the AFI’s annual Directing Workshop for Women [source: American Film Institute].

Many schools also offer mentoring programs and help with internships to help their students get started in directing films. Taking low-level jobs, like interning or assistant positions, can be a valuable way to make the contacts that can help you move up in the film industry. And sometimes the contacts that you make with people on your level may turn out to be as valuable as with those above you.

Once you have a degree and some experience, another important step is turning clips from films you've helped make into a portfolio that you can show studio executives and other potential employers. Keep reading to find out more about building a portfolio.