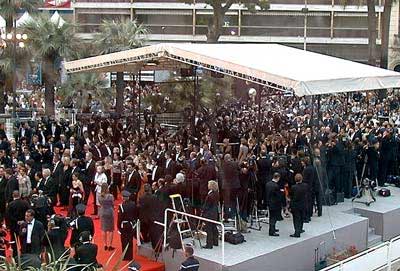 Fledgling filmmakers practice their craft far from the glitter of Hollywood. In backyards, in small studios or on local sets they transform their vision into a film that they hope will one day be seen by thousands or even millions of people around the world. What they may lack in budget and star power they more than make up for in raw ambition.

Independent filmmakers might remain forever in obscurity were it not for film festivals. These annual events, where films are screened and professionally judged, are held around the world. At film festivals, cinema fans can see the new -- and sometimes daring -- films they would never be able to find in their local movie theaters.

Film festivals give new talent an opportunity to shine, while also showcasing the work of already well-known and respected filmmakers. Festivals can range from huge, star-studded events, such as the Cannes festival in France or the Sundance Film Festival in the United States, to small, independent, local awards that garner just a few hundred attendees. But all festivals have something in common: They celebrate the art of film and they champion the artists who produce it.

In this article, we'll visit some of the world's biggest, smallest and quirkiest film festivals. We'll describe how you can attend an event, how you can enter a film in a festival, how the films are judged and what the rewards are for those filmmakers who win.

What are Film Festivals?

How Can I Submit a Film?

Each film festival has its own set of rules. Generally, filmmakers are given a deadline by which they need to submit their film(s). Some festivals accept films that have already been screened elsewhere; others require that films have not been broadcast anywhere prior to the festival.

Movies entered may range from shorts that are just a few minutes in length to full-length features that run 1.5 hours or more. Festivals accept one or more formats, including 35mm, 16mm, Super 8, VHS, Beta and/or DVD. Filmmakers pay an entry fee (anywhere from $5 for a five-minute short to $100 for a feature film) and fill out a form describing their project. They may also be asked to submit a director bio, a film still, a synopsis and a list of production credits. Click here to take a look at the Call for Entries for Sundance 2006.

Not every film is right for every festival. Submitting a film to the wrong festival is likely to end in rejection. Before submitting a film for consideration, filmmakers need to research which festivals are most appropriate for their subject. The biggest and most prestigious festivals (Cannes and Sundance) are usually the hardest to break into because there is so much competition for a limited number of slots. In 2004, the Sundance festival received nearly 6,000 submissions; it accepted 255 of those films. New filmmakers have a better chance of getting into a smaller festival and then working their way up to the big-name festivals once they have achieved a few successes.

Film festivals are typically divided into categories. Categories may include:

If a movie is accepted, the festival organizers notify the filmmaker. At the festival, the movie is screened for the jury as well as for the audience. The jury is usually made up of film critics, professors and/or filmmakers who will judge each film for its artistic merit, production value, creativity and overall impression. Judging differs from festival to festival; but usually, each member of the jury votes by secret ballot, and the film that receives the majority of votes wins.

Most film festivals also give the audience an opportunity to judge. Its choice is reflected in a special audience award.

Often, while the screenings are underway in one part of a film festival, there are simultaneous workshops on screenwriting, film production, finding an agent and other subjects related to the art and business of filmmaking. They are usually open to filmmakers and anyone else interested in film.

How Can I Attend a Festival?

Most festivals are open to the public. People can buy tickets or passes that give them admission to film screenings. Festivals generally sell tickets for individual screenings and, for a discount, for groups of screenings.

Because a lot of festivals rely on outside funding for support, they offer memberships for a yearly fee. Members not only get tickets to festival screenings, but they also get invitations to special events, discounts at local restaurants and shops and the opportunity to purchase festival tickets before they become available to the public.

The United States and Canada are home to dozens of festivals, both big and small. Here are just a few: 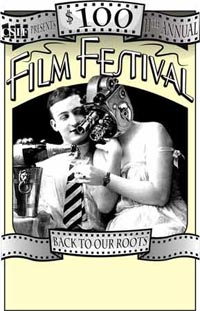 Festivals Around the World

Visit just about any big city in the world and you'll find at least one annual film festival. There are literally thousands of them -- from Albania to Zimbabwe. But the undisputed grande dame of international film festivals is Cannes, which for more than 50 years has lit up the French Riviera with its glittering, star-studded spectacle.

The winning feature at Cannes each year walks away with the prized Palme d'Or along with worldwide recognition. Other awards given out include the Grand Prix, the Jury Prize, Best Performance by an Actress and Actor, Best Director and Best Screenplay. There are also individual prizes given out to short films. For more information, see How the Cannes Film Festival Works.

The Berlin Film Festival was founded in 1951, just six years after the end of World War II, as part of an attempt to restore Germany to its former artistic glory. The first film screened at the Festival was "Rebecca," Alfred Hitchcock's 1940 adaptation of Daphne Du Maurier's novel by the same name. The Berlin International Film Festival quickly gained momentum, and by the mid-1950s, it rivaled Cannes and Venice as one of the premiere film festivals in the world.

Each February, an International Jury decides which films will be awarded the top prizes at Berlin -- the Golden Berlin Bear and the Silver Berlin Bear. Prizes are also given out for Best Director, Best Actor and Actress, Outstanding Artistic Contribution, Best Film Music, Best European Film and Innovation in Film. Other awards are given by a separate jury to short films.

The Venice International Film Festival (see the Venice Biennele FAQ to find out about submitting and Venice Biennele: Tickets to learn about attending) has a much longer history than its counterpart in Berlin. In fact, it is the oldest film festival in the world. It evolved out of a Venice art exhibition that had its start back in the late 1800s. In 1930, the event was expanded to include music, theater and cinema. From 1935 onward, the film festival became an annual part of the Biennele. The famous filmmaker Federico Fellini once said that "entering the Film Palace of the Venice Film Festival was like passing a final exam."

The Venice International Film Festival lasts for 10 days each September. The biggest competition is the Venezia 61, in which filmmakers vie for the Golden Lion award for best film. Prizes are also awarded in several other categories including best short film and best first feature.

For more information on film festivals and related topics, check out the links on the next page.