What Is a Movie Director? 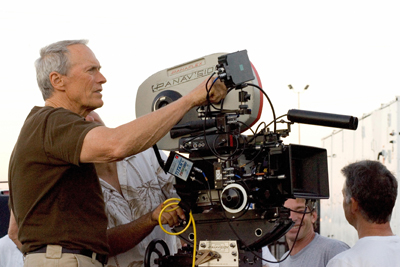 A movie director is a storyteller who needs a lot of people, equipment, creativity and planning to bring his story to a movie audience. And in the process, the director has to hold on to the vision while dealing with temperamental artists, union contract requirements, uncooperative weather, studio time, budget demands and a handful of other uncontrollable uncertainties.

Roland Joffe, director of "The Killing Fields" (1984), has said directing movies resembles “playing on a multilayered, multidimensional chessboard, except that the chess pieces decide to move themselves." And Japanese director Akira Kurosawa described a film director as being a front-line commanding officer. “He needs a thorough knowledge of each branch of the service, and if he doesn’t command each division, he can’t command the whole,” [sources: "The Future of Work," "The Warrior's Camera: The Cinema of Akira Kurosawa"].

While directing a movie can lead to a shiny Oscar, it also means taking on a lot of responsibility. Simply put, a director is responsible for a film's overall vision. He has final responsibility for the actors, the shots, the script, the props, the editing and much more [source: Full Sail].

Responsibilities involved with directing include the following [sources: Full Sail and U.S. Department of Labor]:

That’s a lot for a single person to do, so directors usually delegate some of the work. Assistant directors, for example, may be responsible for overseeing specific locations or for cueing actors and crew. A second-unit director may be in charge of directing stunt sequences. Or a director may describe what he wants out of a scene and then have the film crew find the location and lighting that work.

But some directors do more than simply direct. They may also write the script, act in the movie and serve as its producer -- or even do all three. Mel Brooks wrote many of the scripts for movies he also directed and produced, and Sydney Pollack often acted in the movies he directed. Woody Allen has written, acted and directed his films, while Spike Lee has done all that and also worked as producer [sources: Internet Movie Database, The New York Times].

In addition to being in charge, taking many roles and turning the vision of the story into a movie, a director needs to be flexible enough to deal with unexpected challenges and open to suggestions from cast and crew that could make the movie better.

The rewards are great for directors who can manage movie-making chaos and tell their stories well. Directors are usually paid 10 percent of a film’s gross earnings, blockbusters that bring in $200 million or more can return a healthy cash reward for their directors [source: Moviestaff.com].

But the first step to fame and fortune, or at least a career as a movie director, is getting your foot in the door. And that takes education, experience and persistence. Let’s look next at how to get started.