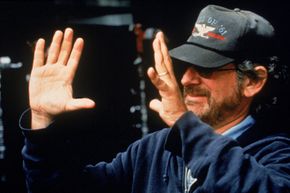 The world premiere of Steven Spielberg’s first feature film, "Firelight," was a gala event in March 1964. The lead actors and the director arrived in a borrowed limo as a searchlight swept the Phoenix sky. The packed theater watched the tale of alien abductors for two hours and 15 minutes. Local critics applauded the science fiction film, and at 75 cents per ticket, the movie was profitable.

The next day, Spielberg, 17, and his family moved to Los Angeles. While attending California State University, Long Beach, he attracted the attention of executives at Universal Pictures. He went on to direct television shows and then award-winning movies. His first blockbuster, "Jaws," came 11 years after that Phoenix premiere [sources: Steven Spielberg: A Biography, Encyclopedia Britannica].

Contrast that with the experience of Alfred Hitchcock. He worked for six years designing the dialogue cards between the scenes of silent movies and then as a film cutter, scriptwriter, set designer, production assistant and, finally, as a film director.

After two melodramas, he finally had the chance to direct his first thriller, "The Lodger," in 1926. Because it was a silent film, Hitchcock used a lot of visual cues to heighten suspense for the audience and keep them guessing about the ending. The result? Studio executives found the movie too odd and left it on the shelf for months before finally showing it apologetically to distributors. They liked it, paving the way for Hitchcock’s first hit and successful directing career [sources: "Hitchcock on Hitchcock: Selected Writings and Interviews," Encyclopedia Britannica].

Becoming a movie director requires experience, effort and contacts. Nobody simply steps up and starts directing major movies. The process of becoming a director starts years earlier with getting an education, building a portfolio and gaining experience in directing films and other aspects of movie production.

But what does a director actually do? How can you get your foot in the door with a studio? And what jobs will help you on your way up? Keep reading to find out.

What Is a Movie Director? 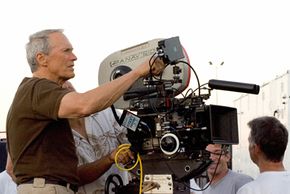 A movie director is a storyteller who needs a lot of people, equipment, creativity and planning to bring his story to a movie audience. And in the process, the director has to hold on to the vision while dealing with temperamental artists, union contract requirements, uncooperative weather, studio time, budget demands and a handful of other uncontrollable uncertainties.

Roland Joffe, director of "The Killing Fields" (1984), has said directing movies resembles “playing on a multilayered, multidimensional chessboard, except that the chess pieces decide to move themselves." And Japanese director Akira Kurosawa described a film director as being a front-line commanding officer. “He needs a thorough knowledge of each branch of the service, and if he doesn’t command each division, he can’t command the whole,” [sources: "The Future of Work," "The Warrior's Camera: The Cinema of Akira Kurosawa"].

While directing a movie can lead to a shiny Oscar, it also means taking on a lot of responsibility. Simply put, a director is responsible for a film's overall vision. He has final responsibility for the actors, the shots, the script, the props, the editing and much more [source: Full Sail].

Responsibilities involved with directing include the following [sources: Full Sail and U.S. Department of Labor]:

That’s a lot for a single person to do, so directors usually delegate some of the work. Assistant directors, for example, may be responsible for overseeing specific locations or for cueing actors and crew. A second-unit director may be in charge of directing stunt sequences. Or a director may describe what he wants out of a scene and then have the film crew find the location and lighting that work.

But some directors do more than simply direct. They may also write the script, act in the movie and serve as its producer -- or even do all three. Mel Brooks wrote many of the scripts for movies he also directed and produced, and Sydney Pollack often acted in the movies he directed. Woody Allen has written, acted and directed his films, while Spike Lee has done all that and also worked as producer [sources: Internet Movie Database, The New York Times].

In addition to being in charge, taking many roles and turning the vision of the story into a movie, a director needs to be flexible enough to deal with unexpected challenges and open to suggestions from cast and crew that could make the movie better.

The rewards are great for directors who can manage movie-making chaos and tell their stories well. Directors are usually paid 10 percent of a film’s gross earnings, blockbusters that bring in $200 million or more can return a healthy cash reward for their directors [source: Moviestaff.com].

But the first step to fame and fortune, or at least a career as a movie director, is getting your foot in the door. And that takes education, experience and persistence. Let’s look next at how to get started.

Getting Your Foot in the Door as a Movie Director 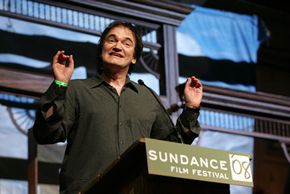 You want to be a movie director. You have the desire, and you think you have the persistence. Now you need the education and experience to attract a movie production studio’s attention. As Akira Kurosawa noted, you can’t be a front-line commanding officer without thoroughly understanding of every branch of the service. In the case of a film director, that means understanding everything about making a movie.

While some directors like Quentin Tarantino succeeded in directing movies without a college degree, that has become much more difficult. Earning a degree can help you understand the technical aspects of the business and help you gain credibility with a studio. Many colleges and other schools offer degrees in film directing. Among the best-known schools and some of their famous alumni are:

Plenty of other schools also offer courses in directing movies. If you attend one, you’ll be likely to learn about the technical aspects of filmmaking, such as cinematography and editing, as well as learning to work with actors and crew members. You’ll probably also examine directing styles, techniques and strategies, along with elements of storytelling (plot, character and theme), and the history of film. Besides attending classes, students at filmmaking schools participate in workshops and make one or more films while they're in school. Some schools, like the American Film Institute offer targeted training, like the AFI’s annual Directing Workshop for Women [source: American Film Institute].

Many schools also offer mentoring programs and help with internships to help their students get started in directing films. Taking low-level jobs, like interning or assistant positions, can be a valuable way to make the contacts that can help you move up in the film industry. And sometimes the contacts that you make with people on your level may turn out to be as valuable as with those above you.

Once you have a degree and some experience, another important step is turning clips from films you've helped make into a portfolio that you can show studio executives and other potential employers. Keep reading to find out more about building a portfolio.

Building a Portfolio as a Movie Director 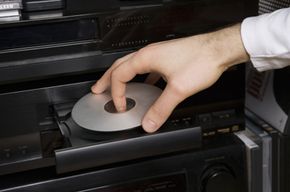 For their portfolio, directors should put film clips on a DVD.
Halfark/fStop/Getty Images

Nobody will be willing to take a chance on you as a movie director unless you can show you have enough education and experience directing movies. One of the best ways that you can gain credibility with film studios -- and with potential investors -- is by building a portfolio of your directing work.

Before digital technology, film directors built a reel of film clips from the movies on which they had worked. They sent the reel or took it with them to meetings with potential clients and investors. That approach has been largely replaced by the portfolio, an electronic collection of clips that can be sent electronically, provided on a DVD or included on a Web site.

You’ll definitely want to include any movies you have directed, but here are some other items to put in your electronic portfolio:

If you don’t have the time or expertise to put together your own portfolio, there are companies that specialize in doing this for you. My DVD Portfolio, for instance, offers several options at different prices. “Rising Star,” on the low end, turns your 30 photos, video and bio information into a customized presentation with 60 seconds of video on a master DVD. More expensive options provide additional room for more photos and video.

You’ll probably also want to create a personal Web site that studio executives and investors can visit. Everything from your portfolio can go onto your Web site, but you’ll have room there for longer video clips and additional information.

With education, some beginner experience and a portfolio, you need to take the next step of finding work. Let’s look next at why no job is too small.

No Job Is Too Small for a Budding Movie Director 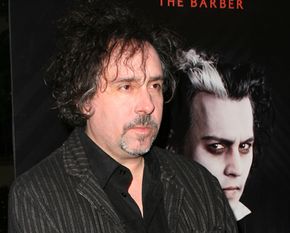 You can close your eyes and see yourself as a respected movie director. You’re thanking lots of people for helping you earn the shiny statue in your hand. But when you open your eyes, all you have in your hand is your electronic portfolio -- and the rent is due.

While directing movies may be your objective, you’ll probably need to take other jobs along the way to build your portfolio and pay your bills. You can practice your craft with many types of directing or even writing, acting or producing.

Maybe a local band needs a music video or a furniture store wants a commercial to play on local TV and radio. Maybe your cable station could use a film director for a documentary. Or maybe you want to try your hand at directing independent films and entering them in competitions.

You won’t be alone if you don’t go right to directing films. Consider these examples:

And once you do break into movie directing, you’ll still probably need to work your way up through assistant director jobs. Francis Ford Coppola, for example, worked as a soundman, dialogue director, screenplay writer and associate producer before becoming known as a director [source: Internet Movie Database].

While the competition is stiff, there are movie-directing jobs out there. You may find your niche in documentaries, in TV or in cable movies instead of in studio-backed films. And perhaps, with education, experience, networking and persistence, some day you'll have a shiny Oscar or two to set on your shelf.

For lots more information about movie directors and related topics, check out the links on the next page. 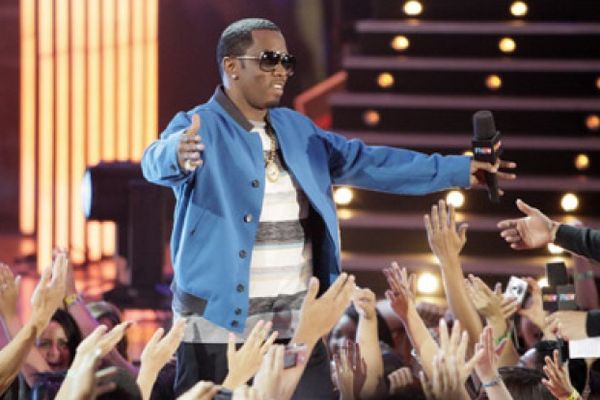 Up Next
How Executive Producers Work
Explore More 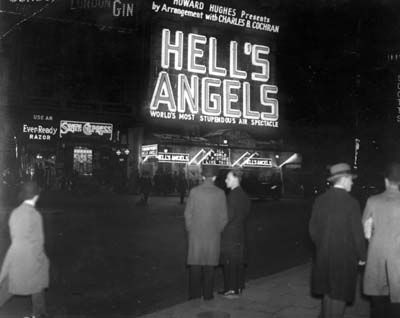 You May Like
How Movie Producers Work
Explore More 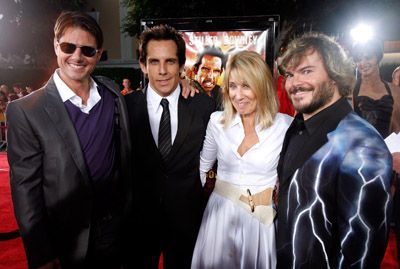