Responsibilities of a Line Producer 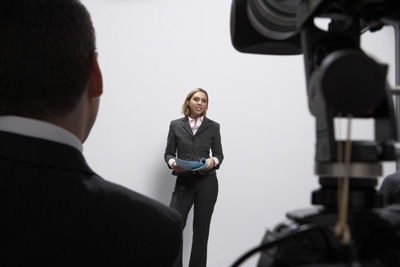 The line itself is probably the place to start in thinking about the responsibilities of a line producer. The line in a film's production budget separates above the line expenses that are mostly fixed -- like story rights and negotiated salaries and per diems for writers, producers, directors and cast -- from below the line expenses -- location, scheduling and sets -- that need to be estimated, budgeted and kept reined in.

Based on those estimates, the line producer prepares a budget for the producers to show how much funding they will need. Once money is raised and a final budget prepared, the studio or other backers look to the line producer to keep production costs in line as the film moves through its shooting schedule [source: Skillset.org].

During pre-production, the line producer:

While the film is in production, the line producer:

The line producer's job is similar to that of the unit production manager, and sometimes that title is used instead for someone with basically the same responsibilities. But no matter what title a line producer uses, he usually is looking to move up to the opening title credit that comes with a job as assistant producer or producer.

That often happens. Frank Marshall, producer of the "Raiders of the Lost Ark" (1982) and its three sequels, the "Back to the Future" trilogy, and the Bourne trilogy, started as an assistant to director Peter Bogdanovich before moving up to location manager, associate producer, line manager, producer and executive producer [source: Willamette Week].

If you'd like to know more about becoming a line producer, go to the next page to learn about the skills you'll need to succeed.