Job Description of a Film Editor 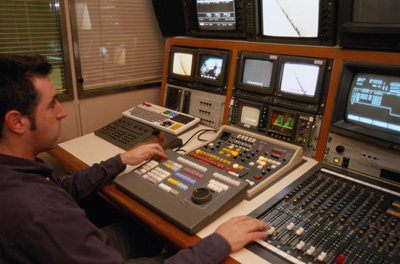 A film editor combines hours of film footage together to make a movie.
© Andy Sotiriou/Photodisc/Getty Images

A film editor is a mechanic who removes the unneeded and fits pieces of film together to make a finished movie. He is a collaborator who works with cinematographers and sound editors to bring sight and sound together. And he is an artist who captures a director's vision and tells a compelling story.

While a skilled movie editor's contribution can mean the difference between a hit and a so-so film, film editing done well is completely invisible to the audience.

Here are some of the most important elements in the job description of a film editor:

­While movies traditionally have had a single lead film editor, the trend with big-budget features is to split work between two editors. For "Charlotte's Web" (2006), Director Gary Winick started with Susan Littenberg, an established feature film editor he had used on previous projects. Because the movie combined live action with animation sequences, he also brought in Sabrina Plisco, an editor experienced with visual effects.

The two editors split up the scenes, edited them, and then swapped and re-edited each other's. By the time shooting was complete, they had plenty to work with -- 1.5 million feet of film. But more than simply selecting and assembling footage in the desired sequence, they had the challenge of combining footage of the human actors with that of animals who seemed to be talking, like Wilbur the pig, or were simply animations, like Charlotte the spider [sources: Editors Guild and IMDB].

A film editor needs to have both technical and artistic movie-making skills. Go to the next page to find out what these are.