A member of the Swiss Circus Kirie juggled clubs while hanging by her hair in 1967.
Keystone/Getty Images

Francisca Vazquez had never seen anything quite like it. It was 1916, in Mexico City, and young Francisca's parents had brought her to see the world-famous Barnum & Bailey Circus. The genius of P.T. Barnum's was to collect exotic acts from around the globe and showcase them to rapt local audiences.

The act that enthralled Francisca, herself a second-generation circus performer, was executed by a duo of long-haired Chinese men. Dressed in silk tunics, the men were lifted into the air by their long, black hair and spun around in a dizzying circle. As painful as it looked, the men wore serene smiles and even sipped tea from small tables set on their laps [source: Wadler].

This, as legend goes, is how the Ayala family was first introduced to the ancient circus art of hair hanging. Depending on who is telling the story, teenage Francisca either taught herself how to braid and tie her hair or was tutored in the secret practice by a "nice Chinese lady" [sources: Beck, Wadler].

Five generations later, the women of the Ayala family are still some of the premiere hair hangers in the world, their act showcased in none other than the modern-day Ringling Bros. and Barnum & Bailey Circus [source: Millat].

The members of Ayala family are some of only a dozen hair-hanging families worldwide [source: Barr]. The scarcity of hair hangers is a tribute to the difficulty of the act, which even the most seasoned performers admit can be incredibly painful. It's also dangerous.

In May 2014, eight hair hangers with the Ringling Bros. and Barnum & Bailey Circus were seriously injured when a metal clasp suspending them 15 feet (5 meters) in the air snapped, sending the women toppling to the ground in front of 4,000 horrified spectators [source: Fieldstadt].

Marguerite Ayala, granddaughter of Francisca Vazquez, suffered her own disastrous fall in 1982, waking from a week-long coma to a broken neck. Two years later, though, she was back in the act [source: Wadler].

What are the secrets behind this feat of follicle strength, where did it originate and what does it feel like to be swung around by your scalp? Keep reading to learn all about hair hanging.

Little is known about the history of hair hanging, but most modern sources believe the art form originated with Chinese performers starting in the early 1900s [source: Barr]. The original hair hangers were mostly men like the tea-sipping Chinese performers that Francisca Vazquez saw in Mexico City.

China has a long and rich history of contortionism, acrobatics and variety acts. Chinese artwork and crafts dating back more than 2,000 years depict lithe acrobats in high-flying action. During the Qin and Han dynasties, roughly 200 B.C.E. to 200 C.E., variety acts were recruited to entertain the royal Chinese court [source: Chinese State Circus].

Plate spinning, stilt walking and contortionism were just a few of the acts that developed into the "show of a hundred tricks," the earliest incarnation of the modern circus [source: Columbia Artists Management Inc.].

The Chinese hair hangers from the 1916 Barnum & Bailey Circus were likely among the first to share their scalp-stretching act with the world. The basic elements of the hair hanging act have changed very little over the past century, except that most (but not all) modern hair hangers are women.

Rarely does a circus school teach hair hanging. One of the few that does, Simply Circus in Massachusetts, limits its students to just 10 minutes in the air after five years of training [source: Caligiuiri]. Most people learn the act from a family member.

Hair hanging is a form of high-wire act. Backstage, the performer's hair is carefully braided around a steel loop. During the act, the loop is attached to a steel cable, by which the performer is lifted 15 to 35 feet (5 to 11 meters) into the air. Assistants in the wings use pulleys and guide cables to control the spinning motion of the performer.

As hair hangers soar in widening circles for five to 20 minutes, they might perform graceful pirouettes, twist in athletic contortions, twirl a hula hoop or even juggle fire [sources: Wadler, Barr]. Joanna Sawicka, a Polish-born hair hanger known by her stage name Anastasia IV, holds a Guinness World Record for lifting the most weight with hair. She has a stage act in which she is suspended upside down from a cable while holding another performer aloft with her hair [source: Cawley].

How in the world do hair hangers get their tresses strong enough to hold their entire body weight? We'll get some grooming tips, next.

Seeing a hair-hanging performance for the first time, you almost hope it's fake. The steel cable must attach to a body harness hidden beneath their clothing, right? Otherwise, wouldn't it hurt like crazy?

To answer the question – yes, it absolutely hurts, at least at first. Marguerite Ayala of the famous Ayala family told the New York Times that when she was learning hair hanging, she felt like boiling water had been poured on top of her head. The pain is worst, her daughter added, when the performer is first lifted in the air, when the scalp stretches with the weight of supporting more than a 100 pounds (45 kilograms).

Anastasia IV, who performs with the U.K.-based Circus of Horrors, told the BBC that the pain initially drove her to tears. "It feels just like you might imagine hanging from your hair would feel – a very immediate pulling sensation at the top of the head" [source: Cawley]. Eventually, she became used to it and now she just feels a dull ache. However, she often suffers from headaches and gets a bump at the top of her scalp by the end of a three-month tour.

Even worse than the pain of hanging from your head is the prospect of plummeting to the ground, which is why hair hangers take great care to build up the strength of their lengthy tresses. The key is keeping the hair from getting brittle or split.

But the real secret to hair hanging, according to its small cadre of practitioners, is in the intricate braiding of the hair. More on that next.

Protein is essentially for strong, healthy hair, as well as vitamin D, zinc and vitamin B5, also known as pantothenic acid (the "pant" in Pantene) [source: Krieger]. To ensure his hair has enough muscle for showtime, hair hanger Christopher Williams not only eats foods naturally rich in these essential vitamins, but also treats his elbow-long locks with a homemade slurry of avocados, eggs, mayonnaise and vinegar [source: Barr]. Yum.

The Best-kept Secret of Hair Hanging

In addition to the pain of it all, you might wonder how hair can really support a human body.

A single strand of healthy human hair can hold 3.5 ounces (100 grams) of weight, the equivalent tensile strength of copper wire of the same diameter. So, theoretically (if not in practice) the hair on a typical human head could support 2 tons (1.8 metric tons) of weight [source: Lee].

A hair hanger might have 3 feet (1 meter) of hair. But it's not the length or even the conditioning that is the real secret to performing this feat.

The real trick is the braid. When the members of the Ayala family pass down their hair-hanging secrets to the next generation, it's all about securing the hair to the steel ring in such a way as to distribute the pulling force equally across the scalp.

If the tension on the scalp is uneven, chunks of hair can be literally ripped from the performer's head. Yikes!

The details of the braid – and the knot that secures it to the ring – are well-protected trade secrets. Each circus family has its own braiding technique that requires careful study and years of experience. Anastasia IV said she figured it out herself through painful trial and error.

Doing the braid requires time and a team effort. It takes her 30 minutes to brush out her hair in preparation for it to be braided. Then her husband and second helper carefully plait her hair like a rope, which takes another 45 minutes [source: Cawley]. The Ayalas have it down to a science, requiring only 20 to 40 minutes for the men of the family to braid and tie the women's hair to the thick support ring [source: Beck].

For lots more hair-raising feats of human endurance – and a few brilliant hoaxes – check out the related HowStuffWorks links on the next page.

Hair hanging is not only painful, it's also dangerous, which is why hair hangers take great care to build up the strength of their lengthy tresses.

How much weight can a human hair hold?

A single strand of healthy human hair can hold 3.5 ounces (100 grams) of weight, the equivalent tensile strength of copper wire of the same diameter. So, theoretically (if not in practice) the hair on a typical human head could support 2 tons (1.8 metric tons) of weight.

Is hair hanging bad for you?

It is dangerous because if the tension on the scalp is uneven, chunks of hair can be literally ripped from the performer's head.

Can you hang from your hair?

Probably not. Professionals, like members of famous performing Ayala family, are some of only a dozen hair-hanging families worldwide. They are specially trained to hang from their hair, which they also treat with a special hair care regimen to strengthen the strands.

How can a person hang by their hair?

The real trick is the braid. When the members of the Ayala family pass down their hair-hanging secrets to the next generation, it's all about securing the hair to the steel ring in such a way as to distribute the pulling force equally across the scalp.

For a few years, my family and I lived in Mexico, where there is a lively culture of small, family-run circuses. I wasn't surprised to hear that the Ayalas, perhaps the "first family" of hair hanging, originated in Mexico. We took our kids to several touring circus troupes, always named after the family (¡El Circo Guzman!). To drum up business, the circus would parade some of the animals through town during the week. I'll never forget walking with my 2-year-old daughter to the market and her pointing over my shoulder with eyes ablaze, "Tiger!" Expecting to see a Tigger balloon behind me, I turned to stand face-to-face with a large, very real tiger pacing her cage. The performances themselves were of wildly varying quality (one featuring an endless series of trained dog acts), but I do remember a few truly gifted hair hangers. Thankfully, there were also plenty of avocados. 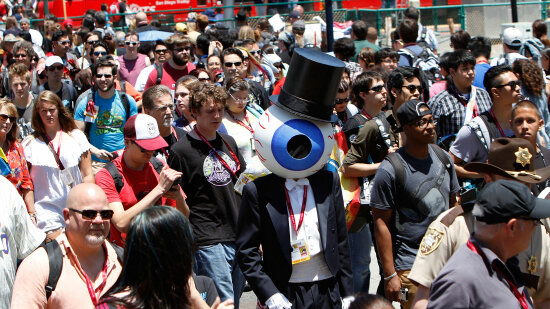 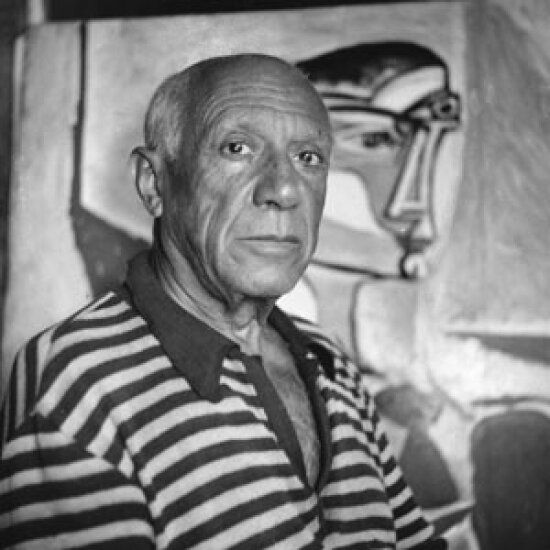 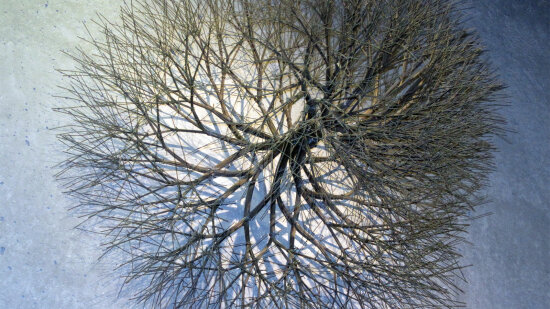