A young man practices contact juggling under a bridge on an avenue in Mexico City. It's part of a government program to give positive alternatives to youth in order to lessen gang involvement.
© HENRY ROMERO/Reuters/Corbis

He stands before the audience, a clear orb gently held in his fingers. His hand begins to twist, turn and curve with an amazing fluidity. The ball appears to be magically suspended in space, separate from his hand and yet somehow part of it. Then the sphere is rolling along his arm, down the back of his hand and onto his other arm in one seamless movement. The performance is mesmerizing. The audience watches wide-eyed. Transfixed.

What's going on? Contact juggling. Unlike traditional juggling, in which the juggler tosses balls and other objects into the air, contact juggling involves manipulating one or more balls over the hands and body, all with smooth, fluid motions. This entertainment and art form — also known as dynamic manipulation, sphereplay, orb rolling and spherical balancing — is based on ancient ball-handling practices from the Orient. But while its roots stretch back thousands of years, the ball manipulation practiced today more directly traces its origins to the 1970s and 1980s. Back then, Michael Moschen, a renowned performance artist and juggler, came up with the fundamental ideas and moves behind the contact juggling seen today [source: Ministry of Manipulation].

Can't quite picture what this is? Think of the Harlem Globetrotters and the myriad ways in which they almost magically manipulate basketballs on their hands and bodies, spinning them on their fingertips, rolling them along their arms and on the backs of their necks. These moves are all a form of contact juggling. You can even say spinning a pen in your fingers — something many of us have done — is a type of contact juggling.

For many people, their first encounter with contact juggling (not counting seeing the Harlem Globetrotters in action or fiddling with a pen) came when they viewed a movie called "Labyrinth." This 1986 adventure-fantasy film starred David Bowie, who performed a variety of contact juggling tricks. Or appeared to — it was actually Moschen doing all of the tricks. Other people have spotted it in circus performances and similar venues. Intrigued? Let's delve a little more deeply into the topic [source: Juggling World].

The Myanmar men's team competes with Thailand at the chinlone final of the 27th Southeast Asian Games in 2013.
Ye Aung Thu/AFP/Getty Images

Contact juggling is a new form of art and entertainment, with ancient roots. That's not too surprising, really, since balls have been around for millennia and are used by cultures around the globe. While the contact juggling performances you see today likely weren't done in the past, they do draw upon many elements common in ancient days. One of these is palm-spinning.

Thousands of years ago, during China's Ming Dynasty (1368-1644), small, metal "medicine balls" were used to help people recover from injuries or improve their dexterity. A person would take two or more balls in each hand, then rotate them in his palms. That's quite similar to the movements today's contact jugglers do when palm-spinning [source: Ministry of Manipulation].

Similarly, Myanmar spawned today's one-ball body rolling technique from chinlone, a popular performance sport-dance that's more than 1,500 years old. Teams competing in chinlone are judged by how well they can juggle a rattan ball. Players can touch the ball only with their heads, knees and feet, but more than 200 different ways of contacting the ball with these body parts have developed over the centuries. The most difficult are contacts made with the ball behind your back [source: Myanmar Insider]. Modern rhythmic gymnastics, likely borrowing elements from chinlone, appeared around the 1880s and became an Olympic sport in 1984 [source: Ministry of Manipulation].

While people have been playing around with balls forever, it was during the 1970s and 1980s that jugglers and other performers began experimenting with even more innovative forms of ball contact. In 1978, for example, Tony Duncan started using forearm rolls and a move known as a half-butterfly in his traditional juggling performances; in 1983, he debuted a one-ball contact juggling routine. Then, in 1985, performance artist Michael Moschen unveiled "Light." This routine is what really ushered in the "new" art of ball contact, or contact juggling, and many of the moves Moschen showcased in "Light" soon became contact juggling's core techniques, including palm circle isolations, snakes and trains, and the butterfly. Moschen was also the first performer, in "Light," to use clear balls in such a performance. Since then, contact juggling continues to attract ever-greater audiences, while performers constantly tweak the art form [sources: Contact Juggling Balls, Ministry of Manipulation].

The good thing about contact juggling is that it doesn't cost a lot of money to try out. All you need are some balls. Actually, just one ball is fine to start with. Although many professionals favor acrylic balls, those are among the priciest to get. They're also hard and roll away easily, meaning you'll get hurt when you drop them, then spend a lot of time chasing after them when they subsequently roll away. (They'll also get scratched!) So it's best to start with an orange or a stage ball. Make sure whatever you select is firm and smooth. A squishy ball or object won't do, and a tennis ball is too small [source: Juggling World].

Now you're ready to try a few moves. Perhaps the simplest is the two-ball palm-spin. All you do is place two balls in the palm of one hand, then move them both in the same direction. Hint: It helps to have a flat palm; don't curl your fingers. Start with a clockwise motion and move to counter-clockwise if you master it quickly [source: Arlabosse Didier].

Another basic move, and possibly the most essential in contact juggling, is the butterfly. This trick involves placing the ball on the backof your hand, then rolling it to your fingertips and into your palm. Your middle finger guides the ball during this move, while your hand makes a wave-like motion to help it along [source: Juggling World].

Keep in mind that even the most basic contact juggling moves take time to perfect, so don't get discouraged if you can't master them after a few days, or even weeks, of dedicated practice. You'll drop your ball(s) a lot, too, so don't let that get you down. In fact, many contact jugglers prefer to practice standing over a bed, couch or similar surface so that when their ball drops, it hits a soft surface (not their toes!) and can't roll too far away. Another popular option: practicing while seated.

If you're a visual person, take advantage of the wealth of instructional videos online. And don't hesitate to track down a fellow contact juggler and ask for assistance. The contact juggling community is a friendly and close-knit one.

What is a Stage Ball?

A stage ball is a hollow ball, generally made from vinyl plastic and with a firm surface. This allows the juggler to throw or catch the ball without any "give." Stage balls come in many bright colors so they show up well on stage.

Canadian Lindsay-Marie performs some body rolls as part of her contact juggling act at WowFest in Calgary.
© Magdalena Wojcicka/Demotix/Corbis

Want to get more serious about contact juggling? Then you do need to be particular about the balls you're working with. But which balls are best will depend on the type of contact juggling you like to do, in addition to a few other considerations, such as your experience level and whether you plan to be performing.

The basic differences among contact juggling balls are their sizes and construction material. Balls generally run from about 2.5 inches (6.5 centimeters) to 5 inches (13 centimeters) or more and are crafted from hard, scratch-resistant acrylics or a variety of softer materials. Four-inch (10 centimeters), soft-material balls are recommended for beginners working on basic one-ball maneuvers, as they're easier to work with. Professionals also prefer 4-inch balls, although theirs are typically made of acrylic [sources: Ministry of Manipulation, Serious Juggling].

Think you'd like to work on body rolling, like chest rolls and arm rolls? Then you need a stage ball about 5 to 7.5 inches (13-19 centimeters). This makes them easier to roll along your body. Palm-spinners, by contrast, should look for smaller balls, as palms are smaller than arms and legs; 2.5-inch balls work well [source: Serious Juggling].

Plan to be performing? Pros favor vibrantly colored balls for aesthetic purposes. Clear orbs that evoke a crystal ball-like appearance are also popular. Acrylic is their material of choice because of its supreme durability. Of course, if a professional performs some body-rolling moves, he'll likely use a stage ball, which works better and is easier for the audience to see.

Still a bit confused? Then buy a few balls of various sizes and materials. Luckily they're not that pricey; a 2.5-inch palm-spinning ball is less than $20, for example, while a 4-inch acrylic ball is about $35 [source: Serious Juggling].

Whether you end up following in Michael Moschen's footsteps or simply learn to rock the "butterfly," any contact juggling skills you learn will keep you and others entertained for the rest of your life.

My husband can juggle three "easy" objects like oranges or tennis balls in the traditional manner, which is supposedly easier than contact juggling. He's tried to teach me how, but I can't do it. My hat's off to those skilled enough to master contact juggling! 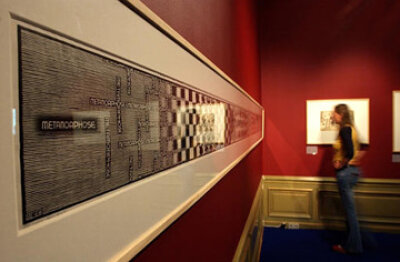 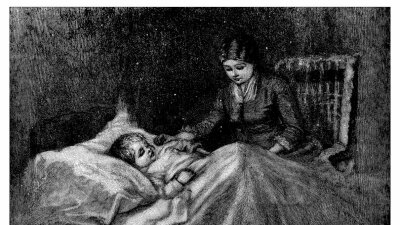 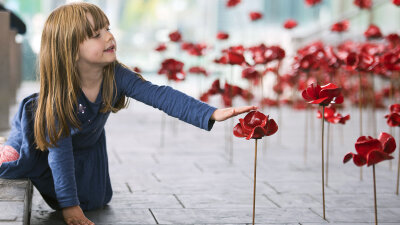