The Death of Thomas Ince 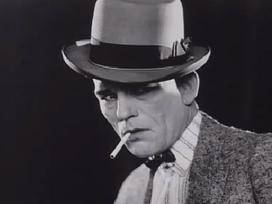 If you want to learn more about the profession that so captures our imaginations, check out these videos about acting and actors.
Discovery

In 1924, director, actor and producer Thomas Ince died while aboard the yacht of famed media mogul William Randolph Hearst. Ince was known as the "Father of the Western" and had a hand in more than 100 films before his premature death at 42 years of age. His official cause of death is listed as heart failure, but Hollywood lore says something different.

Rumors abounded after his death that he was shot and killed by Hearst aboard his yacht. The rumors were so strong that the front page of the morning edition of the L.A. Times had a headline that read "Movie Producer Shot on Hearst Yacht!" The story was that Hearst suspected his mistress, Marion Davies, was having an affair with actor Charlie Chaplin, who was also allegedly on the yacht at the time. When Hearst caught Chaplin and Davies in a compromising position, he got a gun and attempted to shoot Chaplin, but instead mortally wounded Ince.

Hearst was a powerful man, and the local District Attorney was reluctant to pursue the matter to the fullest. Only one person was interviewed about the alleged murder, an employee of Hearst's. Chaplin would later deny even being aboard the yacht. But no further investigations were held and Ince's body was cremated, sealing the matter against further inquiry [source: Mikkelson].