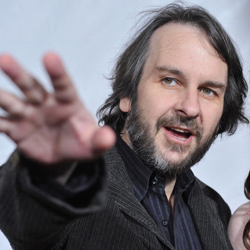 It's difficult to overestimate the impact that exploitation films have had on American and international cinema. This film genre is actually made up of many more specific subgenres that are commonly bound by characteristic over-the-top action, violence and sex. The fears and desires of both the viewer and the public are overtly exploited by the alternately (if not simultaneously) titillating and offensive scenes.

Without the vast galaxy of often X-rated exploitation films, also commonly referred to as grindhouse pictures, we wouldn't have many wider-released films and genres. Horror films like "Friday the 13th," respected revenge films like "The Accused" and classic teen romps like "Weird Science" may never have had precedence for runs in mainstream theaters had exploitation filmmakers not hacked even deeper into the jungle of taste and public perception.

As a result of this wide array of grindhouse movies it is also difficult to select just 10 for this list. We selected movies based on their effects on culture and the amount of ground broken by the films. Here they are in no particular order.

Note: Please be advised that the following pages describe movies that feature graphic violence and sex.