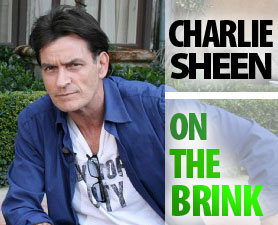 Even when celebrities go truly off the rails, a publicist usually intervenes for heavy-duty damage control before they begin talking about, say, tiger blood. Not so with Charlie Sheen, who in 2011 offered up a series of vindictive, fantastical and allegedly drug-fueled rants to the media -- the beginning of a supernova of shocking tirades he would later refer to as his "violent torpedo of truth" [source: CNN].

Son of actor Martin Sheen, Charlie starred on the popular comedy series and CBS cash cow "Two and a Half Men." However, in early 2011, rumors began to swirl that Sheen was heavily abusing drugs, making him incoherent and incapable of working. Sheen ignored the rules of Hollywood tact and lashed out against the show's executive producer, Chuck Lorre, calling him a "piece of s---," a "troll" and a "stupid little man" [source: The Telegraph].

This spurred a media hurricane that followed Sheen's progressively erratic behavior. Sheen claimed that he was sober, but his seemingly crazed assertions that he was a "wizard" with veins of "tiger blood" called that claim into question [source: Yates]. After CBS fired Sheen in late February, he set out on a comedy and speaking tour. However, the tour garnered appalling critical reviews and boos from audiences. Within a few months, as Sheen's mania died down, so did the public's appetite for it. As of January 2012, Sheen seems to have taken his tiger blood into relative hibernation.