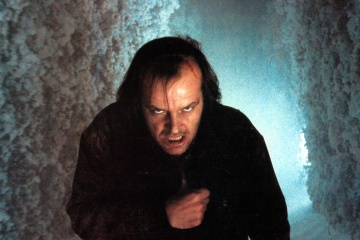 "The Shining" is chock-full of establishing shots of the Overlook Hotel that complement Jack Torrance's descent into insanity.
Warner Brothers/Moviepix/Getty Images

Whether your choice of medium is the pen or the camera, every great storyteller knows the simple mantra for hooking an audience: Show, don't tell. When it comes to film, using the right combination of images allows a filmmaker to tell a story without excessive narration, while still ensuring the audience can easily follow the story.

To this end, filmmakers rely on a variety of shots to portray ideas and evoke emotions in the audience. When you're immersed in a film, the camera's movement is largely unnoticeable. If you examine a film carefully, however, you'll learn to spot the different types of shots and understand how each plays a unique role in the making of a movie.

One such shot used to great effect at the start of a movie or scene is the establishing shot, which helps set the scene and provides important clues to the context of following scenes. To achieve this shot, cameramen use a wide-angle lens and a long or aerial shot to include a large area within a single frame. This allows the audience to take in the entire area at once and see things in relation to one another instead of just up close. It may not provide the same level of detail as a close-up or medium shot, but it's not designed to. An establishing shot is all about putting things in context so they make sense for the audience.

Want to learn more about how something as simple as an establishing shot helps viewers follow the story? Read on to find out how filmmakers work their magic.