The anticipation of football season is electric. Its preamble happens in waves. First comes the NFL Draft -- a well-publicized three-day celebration of "What If," as the leagues' newest members give fans reason to dream of a successful season in the fall. Then there's training camp, offering the first glimpse of the new-look teams. The preseason begins, and this very closely resembles actual football except for the second- and third-stringers that find their way into the lineups. Finally, the fantasy football drafts happen and office betting pools begin to form. No other sport builds up to the season the way football does.

Of the four major American professional sports organizations, the National Football League in the past two decades has risen above Major League Baseball, the National Basketball Association and the National Hockey League in the two areas that matter the most -- revenues and the all-important game attendance.

On average, each NFL game during the 2009 season drew 67,509 fans [source: Harris]. Compare that to baseball, which attracted an average of 30,338 fans per game during the same season, and it's easy to see why the National Pastime seems to be shifting from the diamond to the gridiron [source: Harris]. That's not exactly an apples-to-apples comparison considering the disparity in the lengths of each sport's seasons. Because MLB plays so many more games, even with half-empty stadiums the sport plays to more than 70 million spectators in a given year. The NFL can't come close to matching that, with a total of just over 17 million taking in games in 2009. Despite such a large gap in ticket sales, the NFL still earned a cool billion dollars more than MLB in 2009 [source: Trowbridge].

The NFL stands head and shoulders above other professional sports, but it has one weakness when compared to its counterparts -- the Pro Bowl. Of all the major all-star games, the Pro Bowl is the only one that actually draws a smaller audience than regular-season games [source: Fletcher].

In this article, we'll discuss how the Pro Bowl works, who gets to play and what factors contribute to this being such an anticlimactic end to sports' most intense season.

Despite the low profile of the game itself, being selected to the Pro Bowl is a big deal. Making the roster establishes a player as one of the best at his position and can raise his visibility and lead to lucrative contracts and endorsement possibilities. Fan voting accounts for one-third of the Pro Bowl process, with players' and coaches' votes making up the remaining two-thirds. Fan voting usually opens during the last half of the season and concludes before the final regular-season games take place. Players and coaches submit their ballots after fan voting closes, and rosters are usually set by mid-December.

Giving the fans a voice in the selection of players has been a popular addition to the process, but it's not without its drawbacks. There are no limits on how many times a fan can vote, and online voting makes it possible for enthusiastic supporters to stuff the ballot boxes in their team's favor. Last season, for example, Washington Redskins fans responded to the organization's flashy voting campaign and pushed punter Ryan Plackemeier to the top of the list to represent the NFC [source: Chase]. But Plackemeier led the worst punting squad in the league, and once the players and coaches had their votes, Andy Lee of the San Francisco 49ers got the nod.

And even though these athletes make extraordinary salaries, there is an added financial incentive for being voted to the Pro Bowl. In the 2010 Pro Bowl, players on the winning team received a game check worth $45,000, while the losers took home $22,000. Win or lose, not a bad afternoon haul.

Voting aside, the NFL's decision to play the 2010 game the week before the Super Bowl made a significant impact on the final rosters. Since the Super Bowl is the be-all and end-all of the entire season, Pro Bowlers from the conference-champion teams were exempt from playing in the game. Getting hurt the week before the biggest game of your life because you were playing an exhibition game makes no sense, so the league mitigated this by removing these players from the obligation. This knocked out 14 players from the Indianapolis Colts and New Orleans Saints and left empty roster spots to be filled [source: Fletcher]. Add to these vacancies the list of players who opted out of the game citing injuries (real or imagined) and the talent pool gets shallower.

A record 29 players were replaced on the 2010 Pro Bowl roster, further dulling what was already a shaky attraction and diluting the level of play to where average players on losing teams were suiting up to fill the empty slots.

In the next section, we'll discuss some of the factors that impact the popularity of the NFL Pro Bowl and how the league is working to make it more appealing for fans.

History of the NFL Pro Bowl

The idea of a pro football all-star game predates the league's presence on television, going back to 1939, when the NFL Champion New York Giants defeated the Pro All-Stars 13-10 at Los Angeles' Wrigley Field [source: Pro Football Hall of Fame]. These all-star games would continue until 1942, before a hiatus that lasted until the 1950 season [source: Fletcher].

In January 1951, the Pro Bowl was revived with a new format -- bringing together the most outstanding players at each position to play what amounts to a competitive scrimmage --as the American Conference edged the National Conference 28-27 at the Los Angeles Memorial Coliseum -- the event's new home for the next two decades.

Between 1972 and 1980, the game bounced around host cities before being moved to Hawaii in 1980. This became the home of the Pro Bowl until 2009, when the game was moved to the mainland and played the week before the Super Bowl.

When the game, officially called the AFC-NFC Pro Bowl, moved to Aloha Stadium in Honolulu, Hawaii, in 1980, the cachet and value of being selected to play automatically increased. It was the last bit of football before the long offseason and Pro Bowlers looked forward to the free trip to Hawaii and a chance to celebrate the end of the grueling campaign. The game itself took on a more relaxed tone, with very little time spent on game planning or other aspects of the intense preparation that goes into a typical regular-season or playoff game.

In fact, there are special rules that apply to the game to prevent injuries. For example, on offense, the quarterback can throw the ball away at any time to avoid being sacked without risking an intentional-grounding penalty. And on defense, blitzes are off limits and only linemen can rush the quarterback. This softer style of play is less interesting to the casual fan, and since most NFL rivalries are within divisions, there is little satisfaction watching your beloved QB share snaps with his archrival.

The NFL implemented the 2010 changes in an effort to increase the game's appeal by capitalizing on the excitement of the pre-Super Bowl buzz. Moving the game to Miami, where the Super Bowl would be played a week later, was supposed to make the game more accessible to fans and the press by keeping it closer to home.

In addition to the schedule and location adjustments, there was also special attention given to improving the fan experience at the game in 2010. The NFL introduced Game Day Fan Plaza, an interactive exhibit that was free of charge and offered participants a chance to test their football skills.

The experiment was a success, at least in terms of generating interest. The sellout crowd was the largest the game has seen in 51 years, and the game was the most watched Pro Bowl telecast in 10 years -- up 40 percent from the year before [source: Pucin].

These improvements came in spite of the absence of some star power we mentioned in the previous section. Though sidelined from the actual contest, Super Bowl players did attend the Pro Bowl, which was highlighted by halftime interviews with quarterbacks Drew Brees of the eventual-champion New Orleans Saints and Peyton Manning of the Indianapolis Colts.

With the absence of players from the two top teams, along with the rash of players excused due to injuries, the sports media covered the 2010 Pro Bowl as a failure.

And with the Miami experiment behind it, the NFL is moving the Pro Bowl back to Honolulu as part of a two-year agreement with the state of Hawaii to host the game in 2011 and 2012. For 2011, at least, the exhibition game will still take place before the Super Bowl, leaving the same roster issues experienced in 2010. 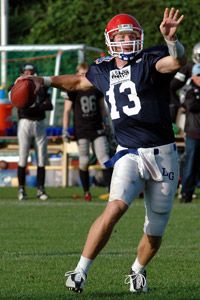 Up Next
How NFL Quarterback Ratings Work
Explore More 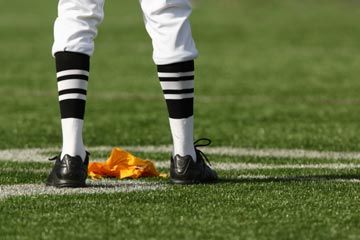 You May Like
How NFL Review Rules Work
Explore More