You have probably seen advertisements in your local paper for movies playing at a theater near you. Sometimes, the ad will say "Held over" or "Special engagement." What exactly does that mean? And just how do those movies get from the motion picture studio to the theater?

In this aricle, you'll see the path of a film from an idea in someone's head to a movie screen at your local multiplex. You'll learn what the "nut" is, find out the difference between negotiating and bidding, and finally understand why movie popcorn is so expensive!

Here's the path a film usually takes to get to your local theater:

Some of these steps may be combined and, particularly in the case of small independent films, additional steps may be necessary. As you can see, there is a lot that goes on before a movie is ever shown to a paying audience!

The Art of the Deal

It has been said that making a movie is not nearly as difficult as getting it distributed. Because of the enormous amount of cost in money and time involved in distributing a movie, a distributor must feel confident that they can make a sufficient return on their investment. Having the backing of a major studio or a well known director or star can greatly improve the chances of securing a good distribution deal. Independent filmmakers often use film festivals as an opportunity to get the attention of distributors. Once a distributor is interested in a film, the two parties arrive at a distribution agreement based on one of two financial models:

In the leasing model, the distributor agrees to pay a fixed amount for the rights to distribute the film. If the distributor and the studio have a profit-sharing relationship, on the other hand, the distributor gets a percentage (typically anywhere from 10 to 50 percent) of the net profits made from the movie. Both models can be good or bad, depending on how well a movie does at the box office. The goal of both the studio and the distribution company is to predict which model will benefit them the most.

Most of the major studios have their own distribution companies. For example, Disney owns Buena Vista, a major distributor. The obvious advantages of this are that it is very simple to set up a distribution deal and the parent company doesn't have to share the profits with another company. The big problem is when an expensive movie is a flop -- there's no one else to share the costs. That's the main reason several studios have partnered on major movies in recent years. For example, "Star Wars: Episode One" was produced entirely by Lucasfilm but distributed by Fox.

The next big step occurs once the distribution company has rights to the film. Most distributors not only provide the movie to theaters, but obtain ancillary rights to distribute the movie on VHS, DVD, cable and network TV. Other rights can include soundtrack CDs, posters, games, toys and other merchandising.

When a distributor has leased a movie, they will try to determine the best strategy for opening the movie. Opening refers to the official debut of a movie. There are several factors to consider:

Obviously, a movie that has everything -- major studio backing, big stars and a great story -- is probably going to open big and do very well. If it has big stars but doesn't appear to have legs (meaning that it will not stay popular for long), the distributor may opt to put the movie in as many theaters as possible during its first engagement. Fewer theaters will be interested in a movie with an unknown cast or poor buzz (unofficial information about the movie). Sometimes a movie has gotten good buzz, but isn't likely to have mass appeal because of the audience it is directed at. It might also be the wrong time of year for a particular type of movie. For example, a heartwarming Christmas story is not likely to do well opening on Memorial Day weekend.

All of these factors help the distributor determine the number of prints to make. Each print typically costs about $1,500 to $2,000 to make, so the distributor must consider the number of theaters a movie can successfully open in. Many of the 37,000 screens in the United States are concentrated in urban areas. A popular movie might fill the seats in several theaters in the same city while another movie would have a much smaller audience. Since opening a movie on 3,000 screens could cost $6 million for the prints alone, the distributor must be sure that the movie can draw enough people to make the costs worthwhile.

Most theaters use buyers to represent them in negotiating with the distribution companies. Large chains such as AMC Theatres or United Artists employ buyers while small chains and independent theaters contract with a buyer. The negotiating process is very political. The buyers often will accept a movie that the theater is not very interested in to make sure they get a film they really want. Distributors try to balance the movies they lease to theaters in the same local area to make sure all of the theaters will continue to work with them. Sometimes a theater will get an exclusive or special engagement to premiere a movie in its area. Once a buyer is interested in a movie, the lease terms are discussed.

The Need for Concessions

There are two ways for a theater to lease a movie:

Bidding requires that the theater agree to pay a fixed amount for the right to show the movie. For example, a theater might bid $100,000 for a four-week engagement of a new movie. During that time, it could make $125,000 for a profit of $25,000. Or it might take in only $75,000, which means the theater has a loss of $25,000. Few distribution companies use bidding anymore. Most agreements are for a percentage of the box office (ticket sales).

In this sort of deal, the distributor and the theater agree to several terms:

The distributor will get the vast majority of the money made by the movie. The agreement gives the distributor the agreed-upon percentage of the net box office or gross box office, whichever is greater. The way this works is amazing!

The movie itself is considered a loss leader by the theater owner: It is meant to get people into the theater. The theater makes its money selling refreshments to the movie audience. That's why concessions are so expensive -- without the profits generated by things like popcorn and soda, most theaters could not afford to stay in business.

At the end of the negotiated engagement, the theater pays the distributor its share of the box office earnings and returns the print. If a movie is very popular and can continue to draw a steady crowd, the theater may renegotiate to extend the lease agreement. Any time you see the phrase "Held over," you know that the theater has extended the movie lease.

While first run movies that have just been released are loss leaders, movies that have been out for a while can be profitable for the theaters that show them. Second run theaters often get very attractive leasing terms from the distributor. These theaters are facing increasing competition though, as first run theaters continue to show more movies past the traditional four to six week time frame. 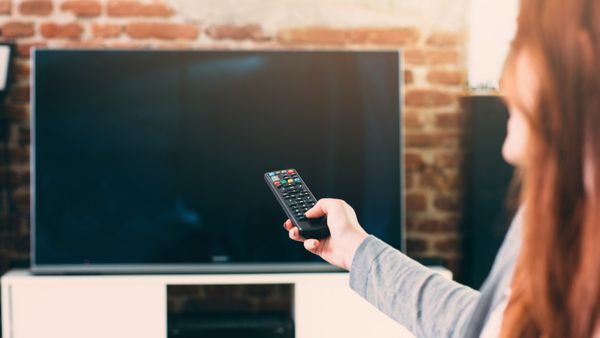 Up Next
What&rsquo;s a 'TV-ready' movie?
Explore More 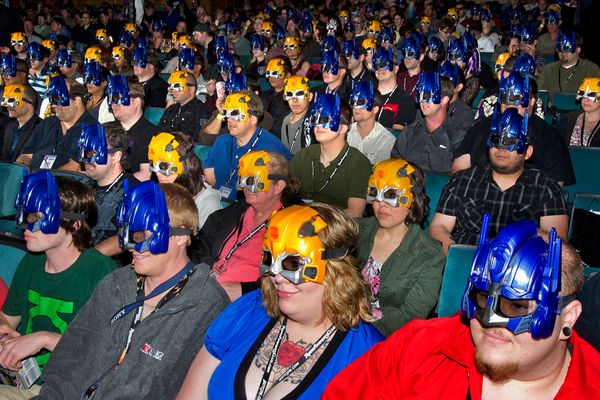 You May Like
How the Movie Box Office Works
Explore More