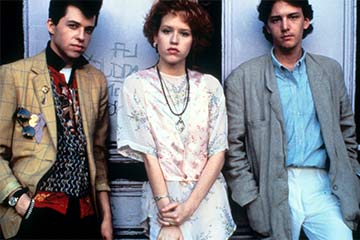 In the film 'Pretty in Pink,' Andie (Molly Ringwald) was originally supposed to end up with Duckie (Jon Cryer, L) but test audiences were rooting for her to get with the more handsome Blaine (Andrew McCarthy, R). The audience prevailed.
Paramount/Getty Images

Have you ever looked at something for so long that everything starts to blend, totally messing with your perspective? Much as my editor critiques my work, filmmakers also need outside opinions to call attention to the good, the bad and the ugly aspects of movies, often turning to audience testing to gain this critical input.

In fact, mega-hits like "Fatal Attraction," "E.T. – the Extra-Terrestrial," "Pretty in Pink" and "Pretty Woman" were all seriously altered following audience testing [source: Bay]. Now, I liked Duckie just as much as the next gal, but the test audience accurately recognized that he was firmly entrenched in the zero chemistry friend zone, strongly suggesting instead that Ms. Ringwald's character should be with oh-so-dreamy Blaine [source: Shewfelt]. Other movies, like "Seven" and "Charlie's Angels: Full Throttle" were tested, with the feedback totally ignored to mixed results -- "Seven" still hit box office gold while the "Charlie's Angels" sequel lost money domestically [source: Radford].

Back in 2005, my cousin Dave had the pleasure of being part of the test audience for a little film called "Wedding Crashers." The producers were understandably a bit skittish about the raunchy nature of the film and needed audience input to soothe their concerns. "The big question at the preview was if they should keep in the nudity and bad language and have an R rating, or if they should tone it down to PG-13," Dave recalls. "The audience said it was so funny they would be killing it to take that stuff out."

In fact, the testing, or "preview" went so well that the film opening was delayed six months to go after the big summertime box-office dollars. The move paid off handsomely for the film, which grossed more than $285 million worldwide, far exceeding the comparatively paltry $40 million production budget [source: Box Office Mojo]. Not too shabby for a couple of guys with nothing better to do than try to score free booze, food and lovin'.

This practice has been around for decades – 1939's "The Wizard of Oz" was test-screened – but many filmmakers don't bother, including director Christopher Nolan ("Man of Steel;" "The Dark Night") [source: Radford]. As was the case with "Wedding Crashers," comedies benefit from testing more than other genres, with test screenings typically offering multiple alternate endings and jokes of different levels. "They will add a raunchy joke or another risky move and see how the audience reacts to it," explains Jack Roberts*, an insider with a major Hollywood studio. "Put it in front of a real audience and you'll know if it goes too far or not."

With ticket prices what they are these days, it's no wonder many people jump at the chance to participate in free test screenings. Because many of the filmmakers and other powers-that-be are heavily involved in the screening process, these events typically take place in theaters nearby where they are being produced (read: areas near Los Angeles). Still, they do pop up in other locations; you just have to know where to look. According to Roberts, most studios employ an outside firm to recruit audience members and run the event (introduction, passing out questionnaires and crowd management). Studios fork over millions of dollars per year for such services [source: Eller]. The company has many methods for gathering participants, sometimes setting up promotions or sign-ups at local movie theaters and shopping malls. In general, the target age for screening audience members is 18-34, because most moviegoers fall within that age range, although it's not always a hard and fast rule [source: Bobbitt]. In fact, a film that is geared toward baby boomers will likely feature a test audience in that age range [source: Ott].

Elsewhere, the editing crew feverishly completes the rough cut of the movie. "Preview screenings represent the most stressful and hard-working times at my job," explains Roberts, a first assistant editor who emphasizes the importance of temporary effects and music on the unfinished product. "We are usually up all night getting the cut together." Once the rough representation is complete, select crew members (usually the first assistant editor and post-production supervisor) travel to the theater, set everything up and do a full run-through to ensure that everything looks and sounds the way it's supposed to.

Right before the film starts, a moderator introduces the movie and advises the audience of a few things, namely that the visual and sound effects have not yet been perfected and that other minor blemishes will pepper the film. In other words, he reminds them that the final piece will be more polished prior to wide release, so don't take that into account. Once the preliminaries are complete, the curtain goes up – and it's time for the film to sink or swim.

The Puppeteers of Test Screenings

The most well-known film testing company is National Research Group (NRG), a division of Nielsen Entertainment. Nielsen NRG contracts with the major studios to perform screenings and otherwise pre-test films before they are released. 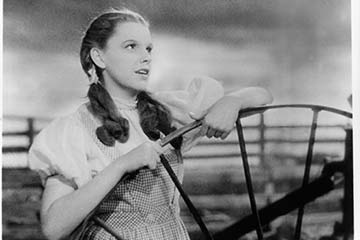 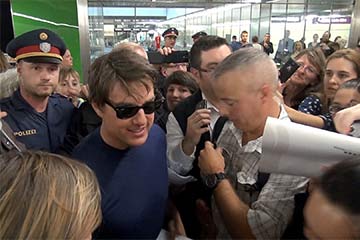