The first reports of infection emerge from Moscow and Osaka. Before long, cases pop up in Mexico City, New York and Johannesburg as well. As doctors and researchers struggle to contain the illness, it happens: A full-blown outbreak, or epidemic, occurs, with the number of cases rising beyond what's normally expected. Ensuing infections rapidly spread through North and South America, and the U.S. Centers for Disease Control and Prevention scramble to contain the global pandemic, an epidemic that cuts a wide geographic path.

This scary, real-world scenario lies at the heart of Pandemic, a cooperative board game in which two to four players attempt to mitigate the global outbreaks of four infectious diseases. Each player takes on different character role -- operations expert, scientist, medic, researcher or dispatcher -- each with its own particular in-game strengths. As disease counters pile up on the world-map game board, the players move their pawns from city to city in an attempt to treat, cure and eradicate each disease before it becomes too late.

Pandemic players don't just work toward the same goal, however. In order to stem the tide of accumulating infections, they have to share information, trade game cards and coordinate their efforts.

This is where the game mechanics of Pandemic get interesting. There's no single path to victory in the game. Will the players all focus on eradicating one disease before tackling the other three? Should the scientist character help the medic clean up minor infections in Asia, or should they head off the lone, looming outbreak in distant Santiago, Chile?

There are no designated team leaders in Pandemic, so the course of the game depends in part on the personality and relationship dynamics among the people gathered to play. Can two dominant types collaborate for the common good of humanity? Will spouses squabble over the best use of a powerful card? The promise of "cooperative game play" may sound stress-free, but don't be surprised to break into a nervous sweat as the infection counter creeps up.

Published in 2008 by New York-based Z-Man Games, Pandemic is the brainchild of Silicon Valley game and user experience designer Matt Leacock. A fan of such popular cooperative games as Reiner Knizia's "Lord of the Rings," Leacock was inspired by game systems that function like a thinking opponent [source: Thompson]. In other words, the force that players struggle against is akin to programmed artificial intelligence in a video game. Both are modeled to behave in a particular way with a certain degree of randomness. Real-world researchers use computer models to study the spread of disease, so a global pandemic threat seemed to Leacock a perfect fit.

How does all of this come together? Learn how to play Pandemic on the next page.

How to Play Pandemic: Board and Setup

Pandemic falls more in line with the German tradition of board games such as The Settlers of Catan than American standards like Monopoly. German-style board games tend to emphasize strategy, economics and cooperation while downplaying luck and military themes. Pandemic not only fits that bill, it was also nominated for German Family Game of the Year by a jury of German game critics.

Intended for ages 10 and up, Pandemic is very accessible but still entails a bit more complexity than the average family board game. You'll want to consult the in-box rule book or download a free digital copy from Z-Man Games. The 2009 expansion edition Pandemic: On The Brink adds even more challenge and rule complexity. For the purposes of this article, we'll break down the original game's mechanics and flow of play.

Game board: The centerpiece of Pandemic is the world-map game board with major population centers joined by red lines. All the cities are colored blue, yellow, black or red to correspond with the four diseases in the game. You'll notice spaces for the deck of 48 infection cards and 59 player cards. The "infection rate track" dictates how many infection cards are drawn during a given part of the game. The "outbreak indicator" keeps track of outbreak events, from the game-starting zero to the game-ending eight. Finally, the "cures discovered" area allows you to chart which of the four diseases you've managed to find cures for or eradicate successfully.

Setup: As far as board games go, the setup for Pandemic is straightforward. Infection and player cards go in their designated spots. The infection rate starts at two, and the outbreak indicator starts at zero. Each player randomly chooses a character role card and places his or her pawn on the city of Atlanta, the real-life headquarters of the Centers for Disease Control and Prevention (CDC).

The players also set a single research station marker on Atlanta. As the game progresses, they'll build more research stations to both facilitate faster travel around the game world and to discover cures for the four diseases. Each player takes a starting hand of two to four player cards, depending on the number of players, and nine random infection cards dictate which unfortunate cities will begin the game under the weather.

Who goes first? Why, the player who was most recently sick, of course.

How to Play Pandemic: Player Cards and Game Phases

As you race through a game of Pandemic, you can expect the player card deck to be the catalyst for some game-changing events. That deck contains three types of cards. A standard city card goes into the player's hand (best kept faceup on the table) when it's drawn. These cards facilitate fast travel to the location noted on it, but, more important, they're the prime currency for developing disease cures. Each card is color-coded to a disease, and you'll need five of a given color to cure that particular illness (unless you're the scientist, in which case case you only need four).

Next up is the special event card, which also goes into the player's hand. They can typically be used at any point in the game to provide an advantage.

Finally, there are epidemic cards, which go into play upon being drawn. These disastrous draws up the infection rate by adding three disease cubes to a single city and making it more likely that the already infected cities will be hit again soon. No locale can hold more than three disease cubes, so any overage results in an outbreak, which causes an additional cube to be placed on all adjacent cities. Those fateful additional cubes can cause chain-reaction outbreaks by setting off an infinite, game-ending series of outbreaks.

Action phase: Each player can take four actions on his or her turn. Unless otherwise specified, it costs one action to do the following: move from one city to an adjacent one, head to a remote city via a standard city card, build a research center, discover a cure, remove a single disease cure cube from a city or transfer a card to another player.

Drawing phase: During this phase, the player whose turn it is picks two player cards and immediately resolves any epidemic cards received in the draw. Then he or she discards down to seven cards.

Infection phase: Finally, it's time for more infections. The player whose turn it is draws two, three or four infection cards (depending on what the infection rate is) and places a single disease cube on each city shown. If this causes any city to accumulate more than three disease cubes, then outbreaks occur immediately.

End game: This cycle continues until either humans or contagious diseases are victorious. Players collectively win the game when all four diseases have been cured. Collective defeat occurs when a team run out of disease cubes, an eighth outbreak occurs or there are no more player cards. Whatever the outcome, you generally expect the game to end in about an hour (not counting arguments and breaks for pizza).

What form of strategy should you employ to save the human race from deadly diseases? Find out next.

When you strip away the theme, art and story, Pandemic is a strategy game in which up two to four players collaborate on problem-solving strategies to overcome an escalating predicament. While personality clashes and disagreements at first might seem prohibitive to winning, designer Matt Leacock claims that group dynamics actually improve performance.

In a 2009 interview with The Bygone Bureau, an online magazine, Leacock said that he'll sometimes play the game solo, controlling all four characters. In a normal game (Pandemic comes with directions on how to play introductory, normal and heroic versions of the game), players can openly discuss the cards in their hand but can't actually show their hand. By playing solo, Leacock was able to tackle the game with perfect information and perfect cooperation among the characters. Surprisingly enough, he found such a solo path less successful since fewer strategies and points of view were involved. So perhaps that most important strategy for Pandemic is to recognize the value of group problem-solving.

Players also should heed their character's strength. For instance, the medic's advantage lies in cleaning out disease cubes in infected cities. It's a very action-oriented role. The researcher, on the other hand, is a gifted facilitator, able to trade cards with other players under fewer restrictions. You wouldn't want to play both characters the same way.

Proper threat assessment is also a strategic must. Travel eats up a lot of action points in Pandemic, so you don't want to be flitting about constantly when you could be spending those points clearing disease cubes from the board. Chain reaction outbreaks should be avoided at all cost, but not every outbreak is worth freaking out over and abandoning ongoing efforts to fix -- especially if that city card isn't due to come into play any time soon.

Finally, the only way to win the game is to cure all four diseases -- and you can do this even if those pesky cubes still litter the map. As satisfying as it may be to sweep them off the board, it's more important to find a cure for blue disease than to cure individual North American cities stricken with the blue infection.

Ready to play a game of Pandemic for yourself? Explore the links on the next page for more information on this and other mentally addictive games. 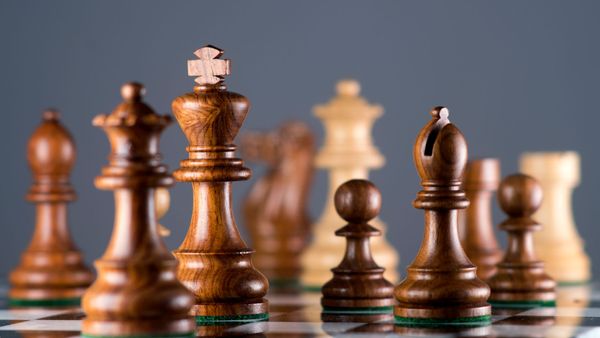 Up Next
How Chess Works
Explore More 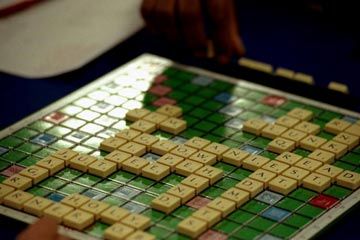 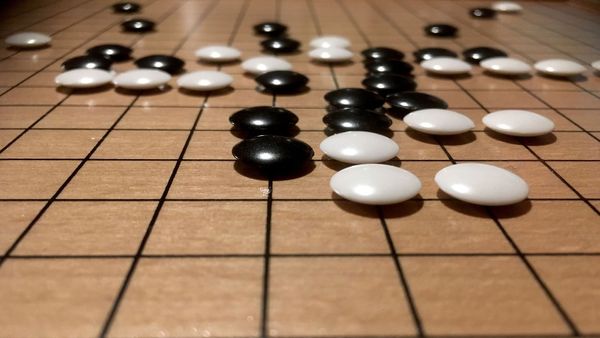