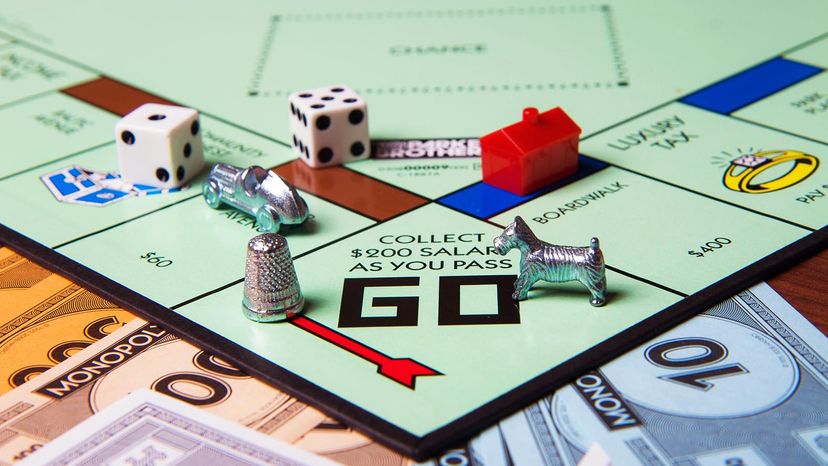 More than 1 billion people have played Monopoly since it was released as a board game in 1935. txking/Shutterstock

Monopoly is one of the most popular board games of all time. Since Parker Brothers first began selling the game in 1935, more than 250 million sets have sold worldwide, and an estimated 1 billion people have played the game. For gamers, Monopoly offers the perfect balance of chance and strategy. For children, it's one of the first times parents give them "money" to spend as they like. And everyone loves the "Get out of jail free" card, right?

The game is relatively easy to play: Simply rack up as much money and as many properties as possible while you bankrupt other players. That said, the history of Monopoly is more complicated than Parker Brothers — or Monopoly's current brand owner Hasbro — would care to admit.

The official Monopoly creation story takes place during the Great Depression. An unemployed radiator repairman from Philadelphia named Charles Darrow invented the game, had his prototype rejected by Parker Brothers, and then sold enough copies out of his house to convince Parker Brothers to produce the game, sparking an overnight success.

That's the official history; the actual history of Monopoly started back in 1904, when an economic activist named Elizabeth Magie patented the Landlord's Game. The Landlord's Game challenged players to buy properties and charge rent to demonstrate the inequalities of turn-of-the-century capitalism. Parker Brothers rejected Magie's game, largely because they couldn't figure out how it would end.

Over the next 30 years, Magie and others published their own versions of the game, often naming the properties after streets in their hometowns. Over time, Community Chest and Chance cards were added, and some games included a financial advantage for owning a group of nearby properties, known in the game as a monopoly.

In the early 1930s, Darrow played a version of Magie's game at the home of some friends in Atlantic City, New Jersey. The local board included Atlantic City streets and locations like Marvin Gardens (a misspelling of Marven Gardens), St. James Place and the boardwalk. Darrow saw the genius of the game immediately and quickly created his own version called Monopoly, which he didn't bother to patent before selling copies at Wanamaker's Department Store in his hometown of Philadelphia.

When Parker Brothers executives saw how well Darrow's game was selling, even in the middle of a depression, they offered to buy his idea. But before they could do that, they had to buy Magie's patent. As part of the deal, Parker Brothers offered to sell a few of Magie's other game ideas, none of which approached the colossal success of Monopoly.

Monopoly Board and Game Pieces 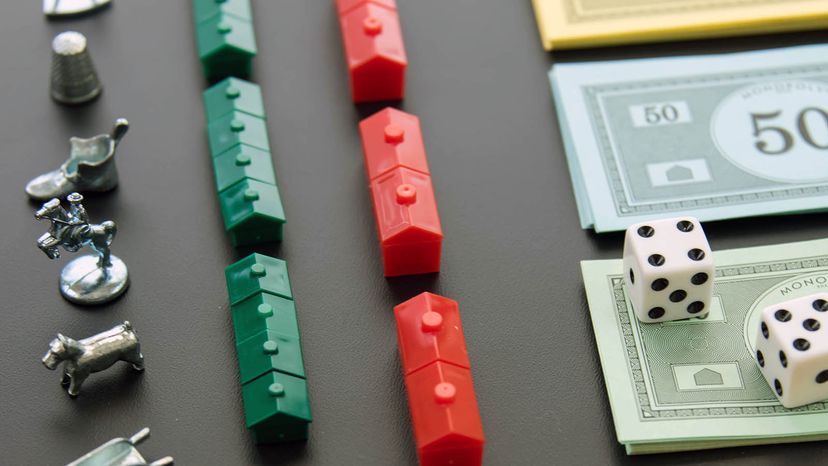 Every game of Monopoly comes with the same amount of money, token pieces and playing cards. CaseyMartin/Shutterstock

When you open the Monopoly box, you'll find the following:

There are 40 squares on the standard Monopoly board, although technically there are 41 possible squares upon which to land, since the "jail" square is divided into two sections. There are 22 property squares named for streets in or around Atlantic City. There are four railroad squares named for the early 20th century railroad lines, and two utility companies, the Electric Company and Water Works. That makes 28 total squares that can be purchased.

In addition, there are three Community Chest squares and three Chance squares that require players to draw a card. Both Chance and Community Chest cards can be good or bad. There is the famous "Get out of Jail Free" card, but there's also the "Go directly to jail. Do not pass GO. Do not collect $200" card.

The two most potentially disastrous cards are those requiring "street repairs" and "general repairs" for all houses or hotels you own. The "street repairs" card requires the player that draws it to pay the bank $40 per house and $115 per hotel, which is a tough blow to folks who have invested heavily to improve their properties. The "general repairs" card isn't much better, charging $25 per house and $100 per hotel. Other unfortunate squares include Luxury Tax (which carries a $100 penalty) and Income Tax ($200 or 10 percent of your net worth).

The four remaining squares are the corner squares. GO is where play begins. Every time you land on or pass GO on subsequent turns, you collect $200, referred to as your "salary" in Monopoly. Free Parking is the only space in the game that requires you to do absolutely nothing. The "Go to Jail" square only results in jail time if you land on it, not if you pass it. The Jail square has two sections: "Just Visiting" is if you roll and land on Jail; and "In Jail" is when you get sent to jail.

Next we'll look at the official Monopoly rules, which are useful when arguing with your sister about the penalty for rolling three doubles in a row.

The Many Flavors of Monopoly

There are branded versions of Monopoly for TV shows ("The Simpsons," "Stranger Things," etc.), movies ("Spider-Man," "Black Panther") and even professional sports (NFL, NASCAR, Major League Baseball). If you can think of it, Hasbro has probably licensed it for Monopoly. 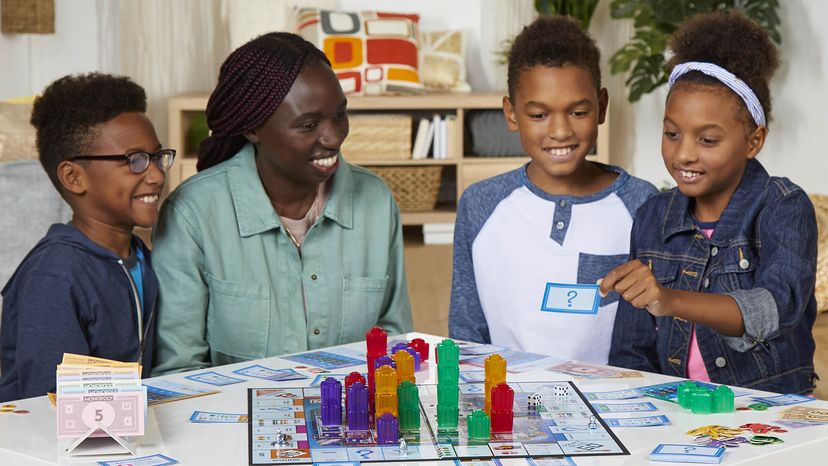 The rules of the game are simple: Create a monopoly and win. How you do that is up to you. Hasbro

All the following Monopoly rules come from the official game instructions that have accompanied standard U.S. Monopoly sets since 2008. If they differ from the way your family plays, that's perfectly fine since Monopoly has always fostered a rich culture of "house rules."

The object of Monopoly is become the wealthiest player by buying, selling, trading and collecting rent on properties. Depending on how long you want to play, you can either play until all but one player has gone bankrupt or set a time limit and crown the richest player the champion.

Monopoly Got Real POWs Out of Jail

During World War II, American and British prisoners of war (POWs) were sent Monopoly sets secretly embedded with compasses, files, silk escape maps, and real money hidden under the fake stuff. As many as 10,000 captured troops are estimated to have used the maps to escape their Nazi captors [source: Heussner]. 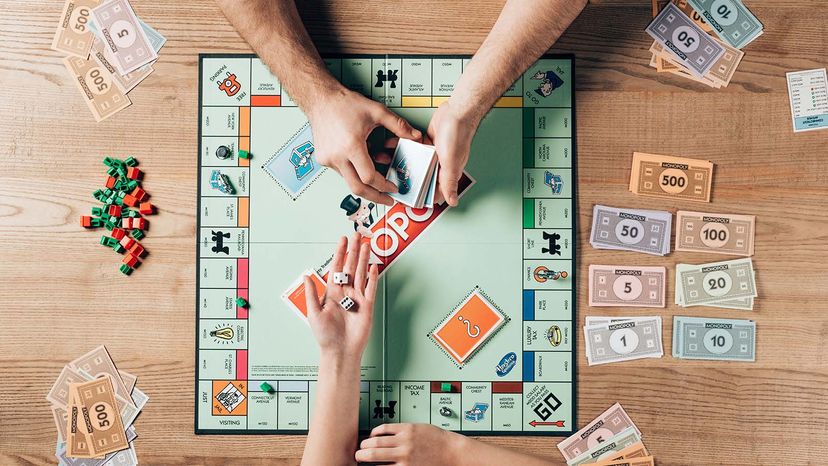 There are a lot more strategies to winning at Monopoly that you might think. LightField Studios/Shutterstock

The overall best strategy for winning at Monopoly is to do everything in your power to create monopolies and block your opponents from completing them. This means buying every property you land on initially and then using trades, sales and negotiation to get the best deals and build your real estate empire [source: Darling].

Serious Monopoly strategists also pay a lot of attention to probability and return on investment. The quickest way to make money in Monopoly is to create monopolies on the most trafficked parts of the board. According to computer calculations, several squares on the Monopoly board are landed on with far more frequency than others. The three properties in the orange color group, for example, are six, eight and nine spaces away from the Jail. This means that everybody who rolls their way out of jail has a relatively high probability of landing on an orange square. If you're able to build some houses or a hotel on those squares, you're going to get an excellent return on your investment.

Interestingly, those same computer calculations have figured out that hotels don't provide the best return on investment (i.e., they cost more than they earn over the span of the game). Instead, the best investment strategy is to build no more than three houses on each property in a monopoly since the rent increase from two to three houses is so steep [source: Collins].

According to the probability experts, the very best return on investment comes from buying all four railroad properties [source: Darling]. First of all, they're relatively cheap. And since there are four of them, there is a higher probability that an opponent will land on one and have to pay the $200 rent. One of the worst investments is a utility company. Even if you own both, the rent is 10 times the roll of the dice or a maximum of $120 or as little as $20.

Here's a tip about jail: If you end up there in the beginning of the game, pay the $50 immediately to get out of jail so you can continue buying properties. If it's later, you can linger there longer since moving around the board puts you at risk of landing on Boardwalk with a hotel, which will set you back $2,000 in rent.

Boardwalk and Park Place carry the highest rents on the Monopoly board, making them seem like prized properties. But according to the numbers, they're not such great bets. The mortgage, houses and hotels cost $200 each, and there's a relatively low probability that anyone will land on either square. They're also on a short stretch after the "Go to Jail" square, meaning a lot of players will skip right over them on the way to the big house. 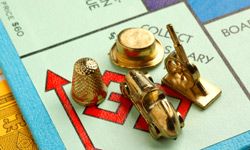 Up Next
5 Monopoly House Rules You Should Ditch
Explore More 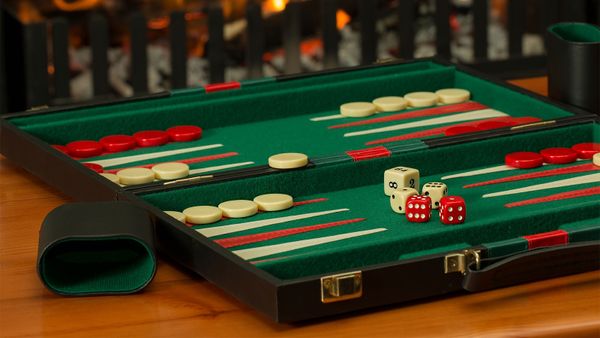 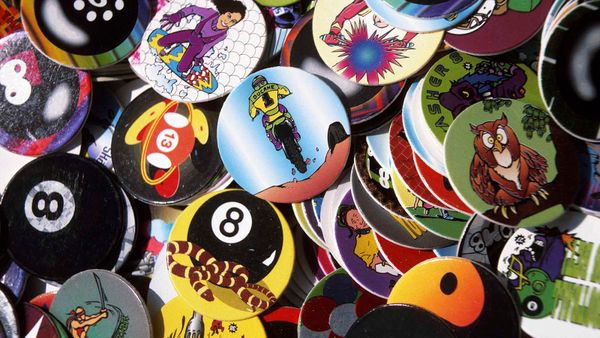