by Kate Kershner
NEXT PAGE
Rummi-what? Even if you consistently mispronounce its name, you'll still have good fun playing this rummy-like game. Chez Eskay/CC BY 2.0

While it's called Rummy Tile, Rummy-O, Rummy Chip and several other variations across the globe, let's get one thing right off the bat: The most popular name of the game is Rummikub, and it's pronounced "Rummy Cube." That will save you a lot of time fighting with friends, family and enemies about "roomies" and "cubs."

The name "Rummikub" is pretty easy to remember when you learn to play; after all, the game draws many rules from the card game rummy but is played with cubes. (Ok, they're technically tiles, but let's make it easy on ourselves.) But Rummikub doesn't just get its addictive appeal from rummy alone. Although it was invented in the 1930s, the game was derived from some much older pastimes. Elements of mahjong, dominoes and even chess strategy can be seen in the game.

The appeal of the game has proven universal; as of this writing, it's estimated that a whopping 50 million games have sold in 54 countries [source: Rummikub]. Furthermore, Rummikub won Game of the Year in five countries and was the best-selling game in the U.S. in 1977. In the next few pages, we'll see how a game that was invented in Romania, manufactured in Israel and soared to popularity worldwide was actually introduced to a wider United States audience by a well-known comedian we don't normally associate with enthusiastic game play -- or enthusiasm at all, for that matter.

While the box version has become exceedingly popular, online games now shoulder in to capture a younger generation's attention. From Facebook to smartphones, you can find a free Rummikub game to join. Wanna hustle some folks for money? You're in luck, because Rummy and Rummikub are considered skill games -- as opposed to luck -- and therefore qualify as legal online gambling.

So rack 'em up as we continue to the next page, where we'll learn how to play Rummikub. 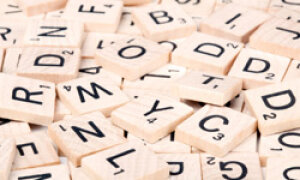