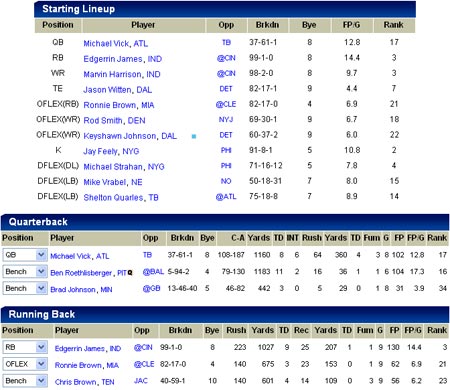 After drafting his team, the owner must select which players to start on a weekly basis and must submit this lineup before the weekly deadline. Some full fantasy games have players win by having the team with the most wins or the largest point total, while others have playoffs to crown the league champion.

For lots more information about football (fantasy and otherwise), check out the links below.