Browse the article How Basketball Works 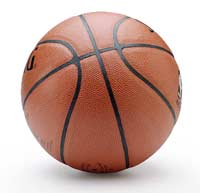 Basketball is more than the slam-dunks shown on television sports shows. It is a sport of agility and endurance that develops hand-eye coordination among its participants. At its essence, basketball requires only a basket, a ball, and at least two players. The simplicity of the sport is credited to Dr. James Naismith, who invented basketball in 1891 by nailing two peach baskets to the balconies on opposite ends of a YMCA gym in Springfield, Massachusetts.

In this article, you'll learn about the equipment used to play a basketball game, how players score points, and the rules that players must follow. You will also learn how to identify players by the position they play and the numbers they wear.

Basketball can be played anywhere as long as there is a hoop mounted to a pole or wall and a ball to shoot through it. The basic idea could hardly be simpler. The two teams want to do two things:

The way all this plays out largely depends on the court. Dimensions of the court and other equipment vary depending on the level of play. For our purposes, we will look at the National Basketball Association's (NBA) regulation equipment.

In its original form, when peach baskets were used, contestants climbed up a ladder to retrieve the ball after making a basket. Baskets are still used in basketball, but have evolved to eliminate the manual retrieval of the ball. Today's basket is an 18-inch-diameter (46 cm) metal rim, with a 15- or 18-inch-long (38 or 46 cm), open-ended nylon net extending below it.

An official basketball court, where competitive games are played, is a rectangle divided into two halves by the midcourt line. On each end of the court, baskets are mounted to a backboard and raised to a height of 10 feet (3 m). The backboard is a rectangle that is 6 feet (1.8 m) wide and 3.5 feet (1 m) tall. Players often shoot the ball at an angle so that it ricochets off the backboard and into the basket.

Along the midcourt line is the center circle, which is 12 feet (3.7 m) in diameter. This circle is used for the tip-off, which starts the game. In a tip-off, a referee throws a ball into the air and one player from each team jumps to tip the ball to his/her respective teammates. The players jumping for the ball can tip, but not grab, the ball.

Behind the free-throw line there is a semicircle. The top of this semicircle is referred to as the top of the key. Along each side of the lane, there are four hash marks. These are called blocks, and designate spots where players must stand during foul shots.

The team's head coach determines when players go in and come out of the game. Reserve players enter the game through a process called substitution. Substitutions can only occur when play stops, such as during a timeout or when the referee calls a violation.

Each player on a team is categorized by position. There are five positions on a traditional basketball team:

The Clothes Make the Player 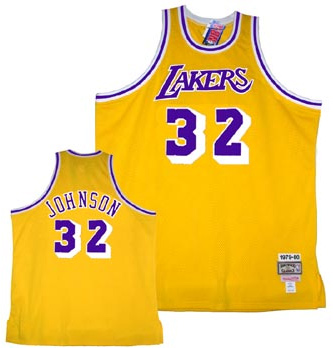 The uniforms and other gear worn by athletes are defined by the sport they play. In organized basketball, players on the same team wear matching jerseys and shorts, which make up a uniform. Traditionally, home teams wear light-colored jerseys that display their mascot name, while visiting teams wear dark-colored jerseys displaying the name of the city (NBA) or college.

Each uniform must display one or two digits on the front and back of the jersey. The numbers on a jersey are used to identify a player when calling violations. In most cases, the digits can only be 0, 1, 2, 3, 4 or 5. While the NBA has allowed players to use numerals higher than 5, it is a rare allowance. This limitation on numerals allows referees to use their hands to signal player numbers to the game's official scorekeeper. Otherwise, a player wearing number 9 could be confused with a player wearing number 54.

Uniforms have evolved greatly since the first game was played in 1891. In those early years, players wore long-sleeved, wool jerseys and long pants. It didn't take long for players and coaches to realize that long sleeves hindered arm motion when shooting the ball and that heavy uniforms caused fatigue among the players.

Shorts and sleeveless jerseys are now the accepted uniform worn by basketball players. For decades, players wore tight-fitting shirts and shorts. In the 1990s, players began to wear baggier uniforms, a style popularized by NBA icon Michael Jordan. NBA rules state that shorts cannot be longer than 1 inch (2.54 cm) above the knee. If you've seen a game recently, you know that many players do not observe this rule.

The other key piece of gear worn by basketball players is their shoes. In basketball, most players wear high-top athletic shoes. The high-tops give better support to players' ankles, which tend to get injured due to jumping and quick lateral moves.

The ultimate objective of basketball, like most team sports, is to outscore your opponent. In basketball, players score points by throwing the ball through the basket, an act known as shooting. Different points are awarded to players based on where they are when they shoot the ball. Here is a breakdown of scoring:

When a player is shooting a foul shot, the remaining nine players on the court must stand in designated locations. They can stand in the blocks along the sides of the free-throw lane or back behind the free-throw shooter. The team whose player is not shooting free throws must be allowed to stand closest to the rim during the shot.

Rules of the Court

It may seem like there is no more to basketball than putting a ball in a basket. However, there are certain rules that teams must play by in order to create a fair game. Referees police the action of the game and blow a whistle to indicate violations. Referees also use hand signals to indicate the type of violation that has occurred.

Within the game, there are certain rules that players have to follow. Here are some of basketball's most commonly noted ones:

These rules allow for a fair game and enjoyable experience for fans, so that teams continue to play even when leading by large margins. Rules also allow players to concentrate on the fundamentals of the game: passing, dribbling and shooting.

For more information on basketball and related topics, check out the links on the next page.

The rules of play for the NCAA are not exactly the same as for the NBA. For instance, a college game is divided into two 20-minute segments, while a pro game is broken into four 12-minute segments. And while a college team gets 35 seconds to shoot the ball before turning it over to the opposing team, a pro shot clock runs out in just 24 seconds! For more information on the distinctions between organizations, see USA Basketball.com.