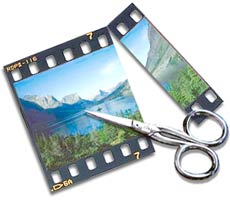 If you've watched many movies on video, you've probably read the words, "This film has been modified from its original version." But how has it been modified? The message that appears at the beginning of video tapes isn't very specific. As it turns out, there are a number of ways video producers modify theatrical films for video release, and elements of these processes have sparked heated debates about maintaining artistic visions.

In this article, we'll examine the methods and issues involved in formatting movies for videos, DVDs and television. We'll also take a look at the history of film aspect ratios and talk a little bit about the future of video formatting. By the end of this article, you'll be able to watch movies and videos with a whole new understanding of the process of their production!

What is Video Formatting?

There are a lot of things involved in showing theatrical movies on a television because movies and television are very different mediums. Movie film is a very physical medium. It's exactly like the film in your still camera in that it records visual information with chemical reactions on special material. Video, on the other hand, stores visual information as an electronic signal that can be transmitted via radio waves, sent through coaxial cable, etc. Because of this, film and video have very different properties. For one thing, they don't split up still images the same way. Filmed movie frames must therefore be reorganized into a video format before a movie can be shown on a television.

Consequently, modern movies do not automatically fit standard television screens. In order to release a movie on VHS video and DVD or broadcast it on television, video and television producers have to accommodate this difference. There are a number of ways of accomplishing this, each of which we'll examine. We'll also look at why televisions and theatrical movies have different aspect ratios in the first place and explore the "widescreen vs. pan and scan" debate. But first, let's look at the first step in video formatting, turning moving pictures on film into moving pictures on video.