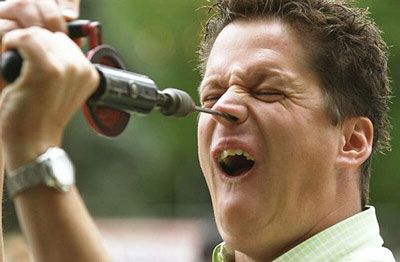 If you've ever been to a circus or a sideshow, you might have seen someone perform a trick known as the human blockhead. It's the one where someone hammers a nail into his nostril. Some performers add extra flair by replacing the nail with other objects like spoons, corkscrews or hand-operated drills. Regardless of the pointed implement used, the trick usually gets a strong reaction from the crowd. It's the kind of act that makes some people cringe and look away, while others watch in fascinated horror.­

When you watch this trick, ­you might draw a few simple conclusions. One is that the performer has desensitized himself to pain, either through the use of painkillers or through years of practice. Another is that the nail is physically penetrating the structure of the performer’s skull. If you also see the performer remove the nail and notice the lack of blood, you might think that he’s simply pounding the nail through a healed-over hole, similar to an ear piercing. 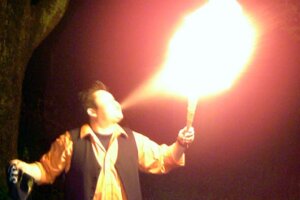 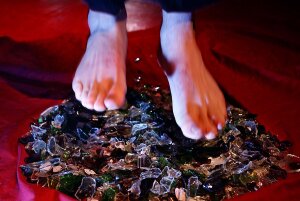 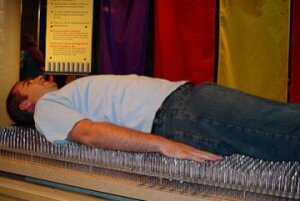