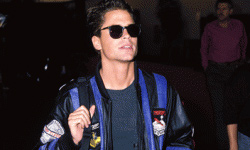 It's hard to imagine now, but in the days before YouTube, video of a celebrity doing something untoward was big news -- especially when the tape showed a teen movie idol having sexual intercourse with an underage girl.

Rob Lowe, a member of what was known as the "brat pack" -- a group of young, attractive actors who dominated the cinematic scene in the 1980s -- found this out firsthand at the 1988 Democratic National Convention (of all places) [source: Blum]. Still riding a wave of notoriety from his 1985 film "St. Elmo's Fire," Lowe was at the convention supporting presidential candidate Michael Dukakis. He met two young women in a downtown Atlanta bar. He took them back to his hotel room, then videotaped himself and the pair having sexual relations. When Lowe went to the restroom, he found that the two girls had stolen some money and the videotape. Later, he learned that one of the girls was only 16 years old.

Public scorn and humiliation followed, but Hollywood never turned its back on the young star. Although his career stalled somewhat after the scandal broke, Lowe weathered the storm. It would be only two years before Lowe openly mocked the incident on NBC's "Saturday Night Live."

Up next: A different (and deadly) kind of sexual escapade.