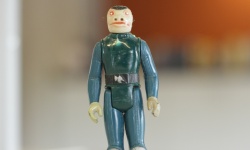 Since Memorial Day weekend 1977 when fans around the United States first read a block of scrolling text on a theater screen, "Star Wars" has grown into one of the best-selling toy lines in history. In 1978 alone, Kenner sold more than 26 million action figures. By the time the original vintage toy lines were discontinued in 1985, that number had grown to more than 250 million [source: Sansweet and Neumann]. While most of these toys were sold in such large numbers that they're virtually worthless today, a select few have held or increased in value. Check out our list of the top 10 most valuable "Star Wars" toys to see if you're got a potential gold mine collecting dust in the attic.

A few years after "Return of the Jedi" was released in 1983, interest in the franchise began to wane. To keep toy sales holding steady, Kenner produced a new line of action figures, known as "The Power of the Force." The Luke Skywalker with stormtrooper disguise was one of the last of POTF figures released during this period, so by the time it went on the market, fans had moved on to other things, and relatively few were sold [source: Strong Museum of Play]. Today, the limited number of Stormtrooper Lukes on the market gives it a value boost compared to other POTF figures, especially when you consider that this is one of the only POTF toys inspired by "A New Hope" rather than one of its sequels. In mint condition, a still-sealed Stormtrooper Luke is worth around $450, while even an unpackaged figure can fetch you $175 or so [source: Wells].

Every "Star Wars" fanatic who comes across a Jawa instinctively scans the figure's robe to see what it's made from; Jawas with cloth capes are a dime-a-dozen, while those rare Jawa figures adorned with a vinyl cape are worth about as much as a car. In 1978, when Kenner produced the first Jawa toys, they were adorned with a simple vinyl cape. Before they launched production, designers at the factory decided that the vinyl used to make the capes just looked too cheap, so the company switched to a cloth cape before diving into mass production [source: Sansweet and Neumann]. Some sources suggest that only about six of these vinyl cape figures remain, and if you're lucky enough to own one, you can practically name your own price. In 2013, one of these tiny plastic figures sold for a staggering $16,000 to one very eager collector [source: BBC News].

You may expect the major characters or the super-rare figures to fetch the highest prices, but sometimes the value of an action figure lies in the packaging. As Kenner "Star Wars" figures flew off shelves in the U.S., British toymaker Palitoy produced its own line of the figures back in the U.K. One Palitoy figure, a simple, unnamed medical droid, brought in $11,000 at a 2013 auction [source: Burton]. Released in 1980, the FX-7 droid with its tiny plastic probe arm far exceeded its estimated value. Part of the toy's astronomical sales price was attributed to its packaging; not only was the droid sealed in its original, mint packaging, but the hole that vendors typically used to hang these toys from sales racks was unpunched, further boosting its value [source: BBC News].

The animated "Droids" series from 1985 inspired its own line of "Star Wars" collectibles, including many minor characters that never made it into action figure form in previous incarnations of the franchise. One of these figures, a portly blue bad guy named Vlix, is so rare that a carded figure could fetch as much as $12,000 to someone eager to complete their collection [source: Sansweet and Neumann]. How did Vlix, a relative unknown, get so valuable? It's all in the scarcity. The "Droids" line wasn't a huge seller for Kenner, so the company scrapped the toys in 1985, canceling those in pre-production. A few years later, the rights to some of these canceled toys were sold to a Brazillian toy company, which produced and sold Vlix only in Brazil, making it exceedingly rare in the U.S., where collectors never even got a chance to buy it upon its initial release.

As Kenner produced the earliest "Star Wars" figures in 1977 and '78, they had very little to work with in terms of design inspiration. When it came to the blue Snaggletooth character, Kenner had only a tiny, waist-up, black-and-white photo of the character to serve as a basis for the toy. With so little information, Kenner made the action figure for this character blue with silver boots and represented him as about the same height as other characters from the series. The problem — when the film came out, Snaggletooth was actually a red dwarf with big hairy feet, boots nowhere in sight [source: Star Wars Toy Museum]. This oversized blue Snaggletooth figure was only released in the 1978 Cantina Adventure playset; after that, Kenner fixed his color and proportions to match those found in the film. The original Snaggletooth mistake sells for around $350, loose, as it never came on an individual card [source: Wells]. 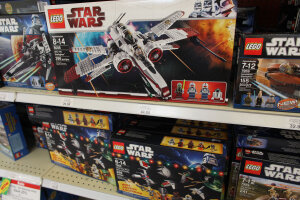 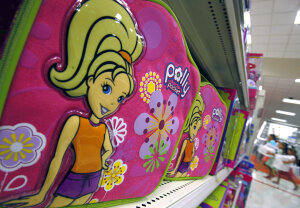 How do toys get recalled? 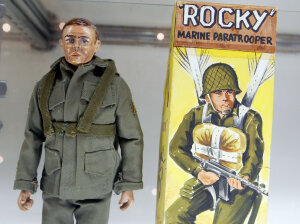