Browse the article 10 Child Stars Who Grew Up Just Fine 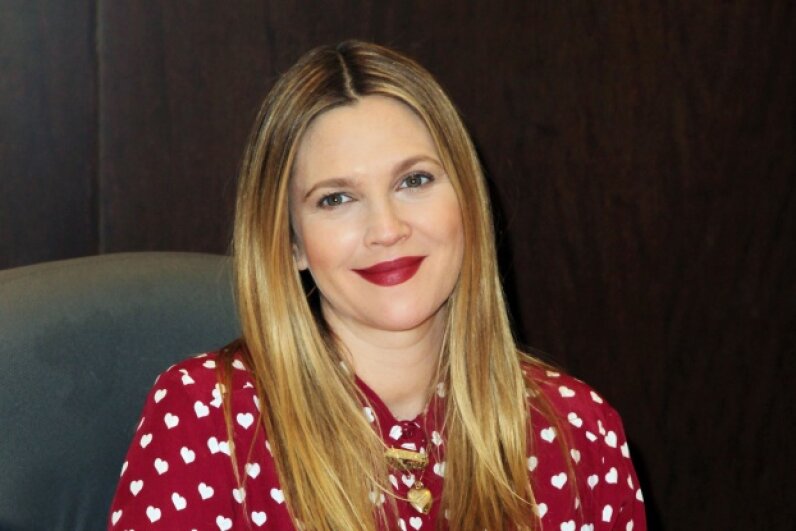 Drew Barrymore is a successful writer, director, actress, producer and mom today, but she had some bumps in the road when she was younger. © David Buchan/Getty Images

Dana Plato. Mackenzie Phillips. The Coreys. Lindsay Lohan. We could go on -- it's pretty easy to come up with a list of former child stars who didn't gracefully make their way into adulthood; most of their stories are more sad than scandal. And then there's the child stars gone bad-then-good, such as Drew Barrymore. Former kid stars who grew up without incident, well, they're out there -- you just have to look for them because their faces aren't in the tabloids (or mugshots). Let's kick things off with a child star who wanted nothing more than a Red Ryder BB gun for Christmas. 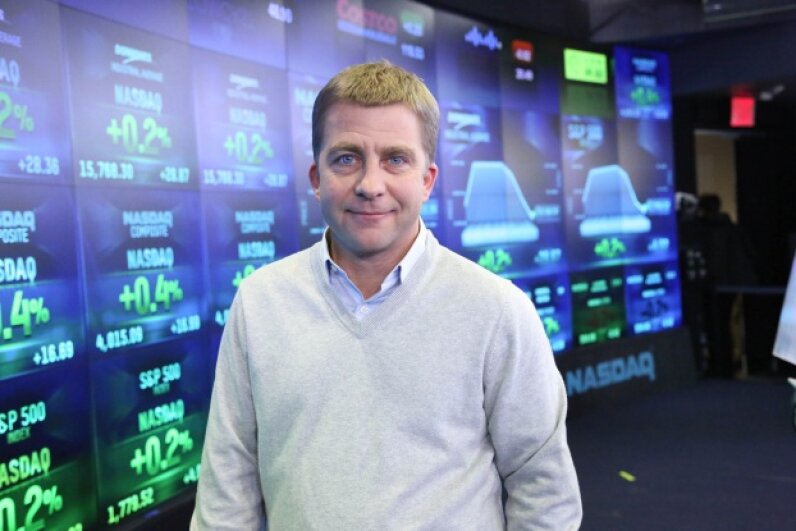 When he was just a toddler, Peter Billingsley's baby blues landed him a Geritol commercial, his first on-screen job. But you and I know him best in his role as Ralphie in the 1983 holiday classic "A Christmas Story." He's continued to work in the business as an adult, directing and producing (and sometimes acting, including uncredited roles such as his work as an elf in "Elf") movies including "Iron Man," "Four Christmases," "The Break-Up" and "Couples Retreat" -- his collaboration with Vince Vaughn is no coincidence, as the two became friends when they both acted in the 1990 made-for-TV "CBS Schoolbreak Special: The Fourth Man".

Billingsley credits his upbringing in Phoenix, Ariz. rather than Hollywood as well as his parents' involvement in his work for his non-scandalous transition from kid star to the working Hollywood star of today. 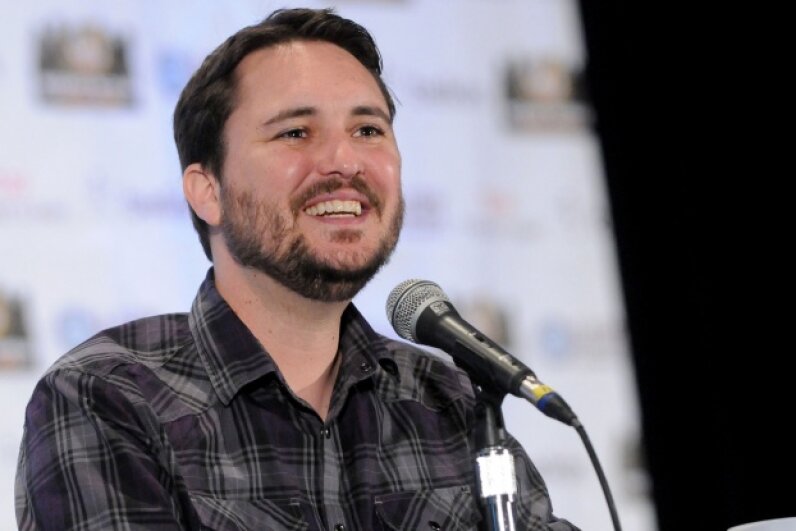 At the age of 7, Wil Wheaton -- Richard William Wheaton III -- got his first commercial, but he really broke out at 12 when he played Gordie Lachance in Rob Reiner's "Stand By Me" (with a famously messed-up Corey and River Phoenix, who died of a drug overdose in his early 20s). A five-year run as teenage Starfleet officer Ensign Wesley Crusher on "Star Trek: The Next Generation" followed. In 2005, VH1 ranked him #62 on their list of the Greatest 100 Kid Stars. But unlike many other on-screen kids, not only does Wheaton continue to work -- and blog and game -- in his adulthood, but he has done so without public scandal or any trips to rehab to "rest." 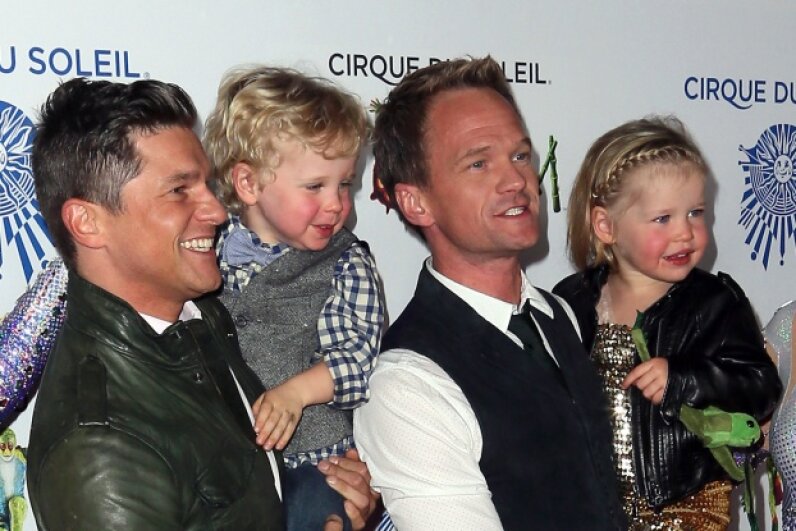 Wil Wheaton may famously keep a blog, but Neil Patrick Harris may have famously had one of the very first on TV -- Doogie Howser, teenage doctor, fastidiously kept his personal journal at the end of every episode of "Doogie Howser, M.D." He played the role from 1989 until 1993. Before that, though, he was nominated for a Golden Globe for his role in "Clara's Heart." All grown up, NPH continues to act -- as well as produce, direct, host, sing, dance and throw down the occasional magic trick. He's on the small screen (even if you missed him as Doogie, you probably know him as Barney Stinson), the big screen (who can forget his role in "Harold & Kumar Go to White Castle"?) and the stage -- and in 2010 became dad to fraternal twins with partner David Burtka. He also took the stage as the title role in "Hedwig and the Angry Inch" on Broadway in 2014. 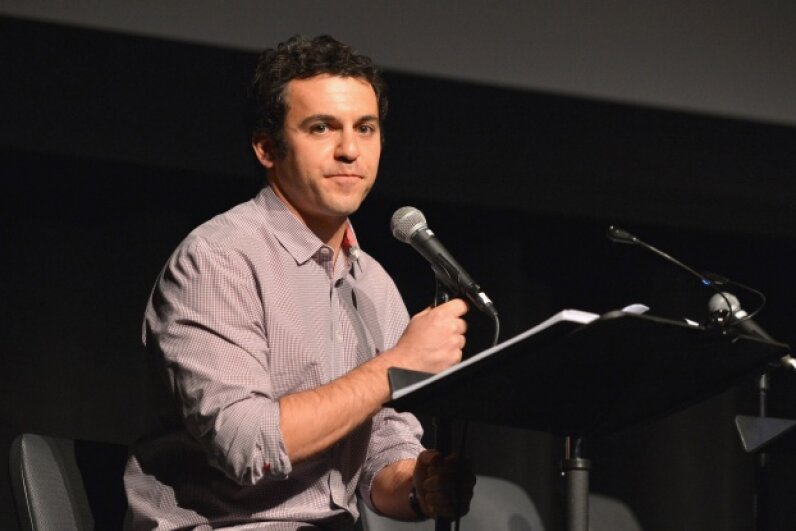 Fred Savage has produced and directed some of the most popular entertainment in the last 20 years, including "Boy Meets World" and "Hanna Montana," plus the more recent "It's Always Sunny in Philadelphia" and "Modern Family." He's probably best known for his work in front of the camera, though -- and no, we're not talking about those Sears catalog modeling jobs; in the '80s, Savage was known best as the grandson in "The Princess Bride" and, of course, as Kevin Arnold on "The Wonder Years." Savage is also a Stanford grad, is married and is a dad, and through it we've never seen him in any sort of getting compromising position (not counting those modeling photos). 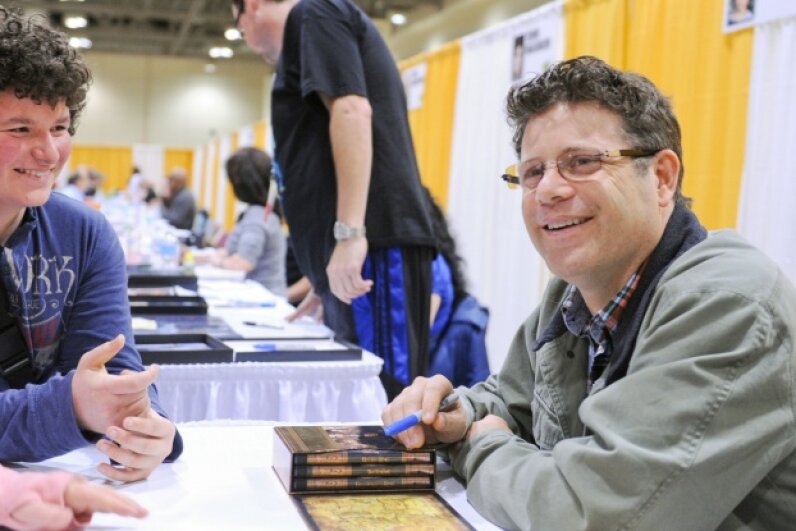 As an adult we know Sean Astin as a hobbit, actor and director, but before he even hit puberty he landed his first acting gig. And then, of course, there was the role that made him famous: Once a Goonie, always a Goonie.

And despite a tumultuous childhood -- in addition to being a child actor, Astin grew up with mom Patty Duke, who battles bipolar disorder and attempted suicide several times while Astin was young -- we've never seen him fall victim to the pitfalls of being a child star.

Today Astin continues to work in Hollywood; he also has a family of his own and actively volunteers -- he's an advocate for animal rights and mental health, as well as family literacy. 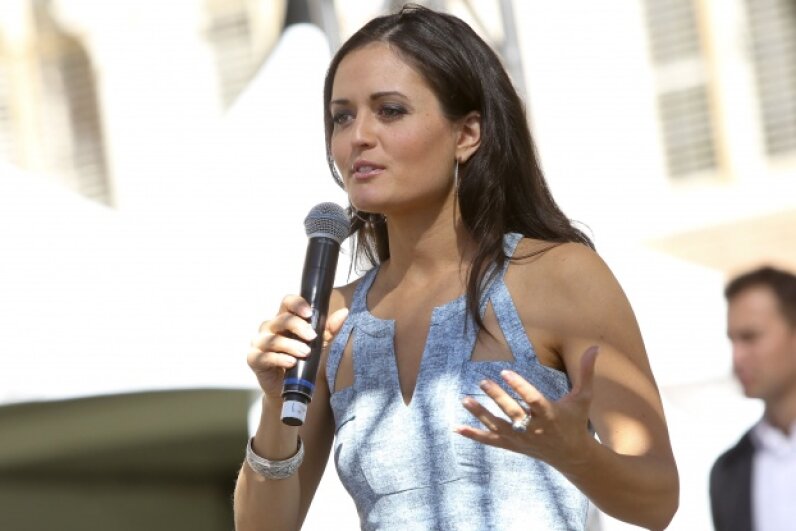 Danica McKellar, who played girl-next-door Winnie Cooper on the '80s sitcom "The Wonder Years," has taken some grownup roles (and grownup photos – she posed in her skivvies for Stuff magazine in 2005), but she's best known these days for her math acumen, not an inclination for public scandal.

While McKellar continues to act in her adulthood, these days she's also on a mission to get kids -- and especially young girls -- into math; she's the author of a handful of math books (including "Math Doesn't Suck," "Kiss My Math," "Hot X: Algebra Exposed" and "Girls Get Curves: Geometry Takes Shape!"). And she's qualified: In school, she also co-authored what would become the Chayes-McKellar-Winn Theorem. And her Erdős–Bacon number -- the number of degrees of separation a person has from Hungarian mathematician Paul Erdős in paper authorship plus the number of degrees of separation that person has from Kevin Bacon in acting roles -- is 6. 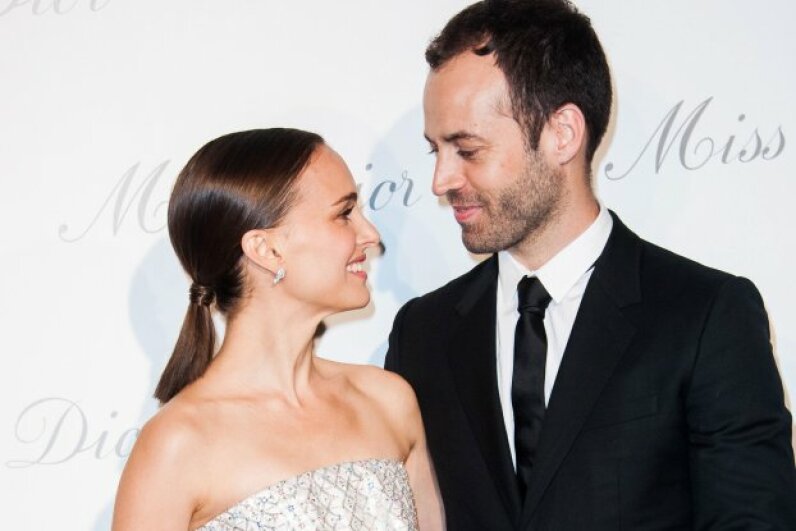 When they were just 10 years old, Natalie Portman and Britney Spears were understudies in the all-female Off-Broadway show "Ruthless!" -- but then their paths diverged. While Spears went on to star on the "Mickey Mouse Club," record the song " ... Baby One More Time" and have a very public meltdown, Portman has been quietly building an impressive movie career. Never one for the spoils of celebrity, Portman has been quoted talking about the value of education (she has a degree in psychology from Harvard) and keeps her private life, well, private. 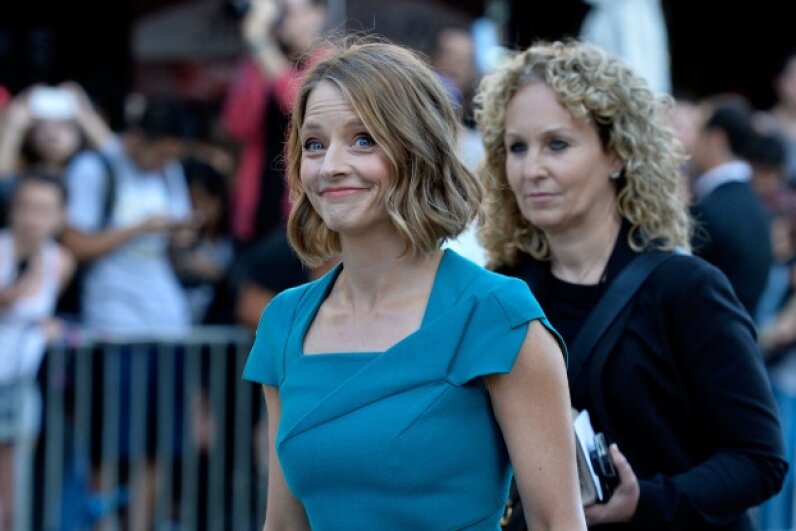 Jodie Foster arrives at the premiere of “Elysium” in August 2013. ©Frazer Harrison/Getty Images

While "Taxi Driver" may have been her break-out role, Foster began her film career as the Coppertone kid when she was only 3 and never really left the Hollywood scene, aside from her time in college. As an adult, Foster continues to act but also can be found behind the scenes directing and producing. Oh, and she's also fluent in French. 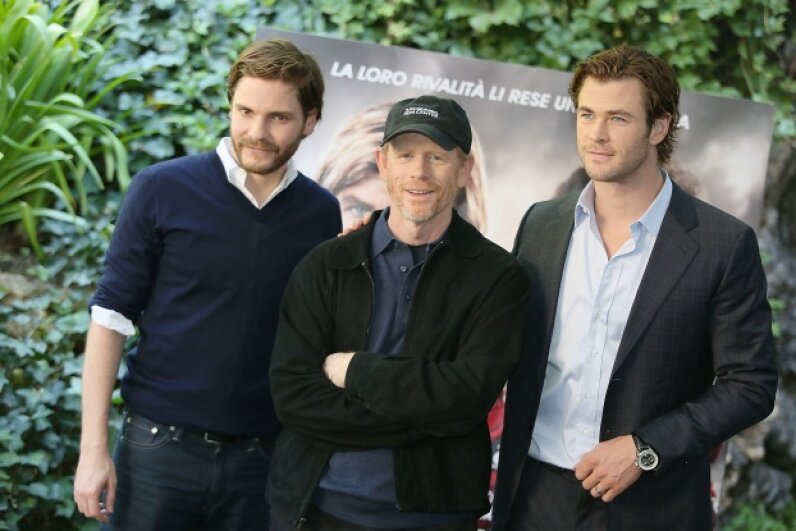 You know him on screen as Opie on "The Andy Griffith Show," Steve Bolander in George Lucas' "American Graffiti" and, of course, Richie Cunningham on "Happy Days" -- and we could take all day to mention the movies where a grown-up Ron Howard can be found behind the camera, a list that includes the blockbusters "A Beautiful Mind," "The da Vinci Code" and "Rush."

But where you won't find him is in rehab or in the pages of any of the popular tabloid publications; this former child star has been married to his high school sweetheart since 1975 -- notably without scandal -- and after more than five decades in the business continues to have a nice-guy reputation. 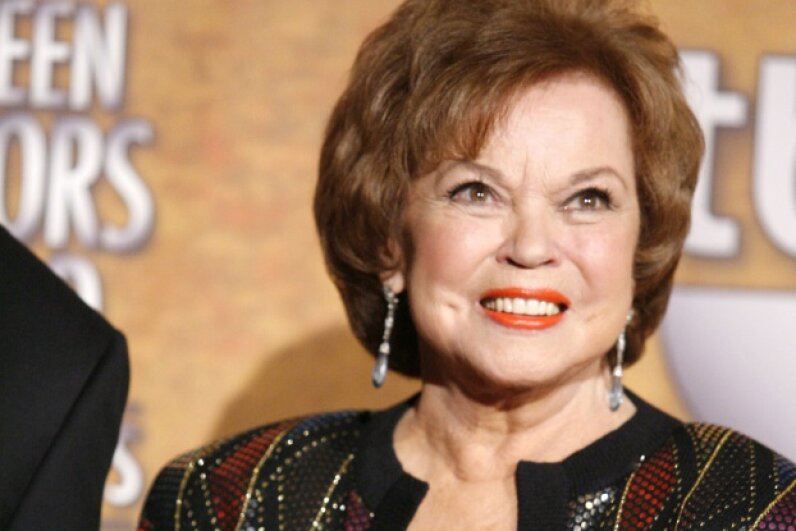 Hollywood's biggest little star, Shirley Temple (later, Shirley Temple-Black), started in the movie business when she was only 3 years old, launching a career that would lead President Franklin D. Roosevelt to say, "As long as our country has Shirley Temple, we will be all right."

Like many other child stars who made it into adulthood just fine, Temple-Black's transition from celebrity kid to well-adjusted adult was due much in part to her mother, who insisted on always being present, both on set and in making sure her daughter didn't succumb to the spoils of the industry. Temple-Black grew up to become not only AFI's 18th greatest female American screen legend, but after retiring from Hollywood at age 22, the littlest rebel went on to successes outside of the film industry.

In 1938 when she was just 10 years old, Congress suspected her of being a Communist sympathizer; and just about 30 years later, in 1967, she ran for but failed to win a congressional seat in California. Nixon appointed her representative in the U.S. delegation to the United Nations in 1969, and later she went on to be appointed U.S. Ambassador to Ghana in 1974 (to 1976), followed by an ambassadorship to Czechoslovakia from 1989 to 1992.

It was actually really difficult to narrow down the list of former child stars who turned out just fine. I came close to including Joseph Gordon-Levitt, Mayim Bialik, Jonathan Ke Quan and some of the kids from "The Cosby Show"; they could all arguably be included in this list, but I only had ten spots! The two I absolutely positively wanted to include? Shirley Temple and Wil Wheaton. No question about that.