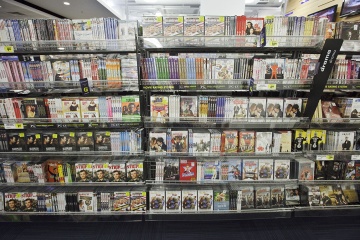 Just because a movie is direct-to-DVD doesn't mean it's bad -- plenty of them make millions of dollars.
© James Leynse/Corbis

Since the early days of VHS in the 1970s, the home entertainment market has served as the perfect place for Hollywood to send films unlikely to make a splash at the box office. Yet the world of straight-to-video is no longer designed solely for movies destined to bomb. Instead, it has become a legitimate means of getting movies into the hands of viewers while bypassing traditional channels like theaters. In the process, straight-to-video has lost its stigma and transformed into a legitimate business model for films that might not shatter box office records, but can surely make a tidy profit if they can reach the right audience.

Sure, many direct-to-DVD films -- movies that skip the theater and go straight to disc -- are simply not that great. Rather than watch them tank at the box office, studios send them off to the home entertainment market and hope for the best. In a growing number of cases, however, going directly to DVD says little to nothing about the quality of a film. Instead, it suggests that the at-home market might be more lucrative than the big screen for a certain segment of movies.

Today's DVD premieres typically fall in one of two categories. Many earn straight-to-DVD status unintentionally: They were originally meant for a traditional release, but failed to make the grade. Other movies are specifically designed for DVD sales and were never intended to hit the silver screen.

Curious about how movies end up missing out on a chance at box office glory? Read on to find out how studios decide the best format for releasing a film in today's rapidly changing market.

The High Cost of Movie Marketing 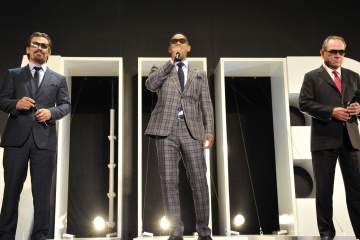 The cost to promote a movie is often steep -- studio execs spent an impressive $250 million on marketing for "Men in Black 3."
© Yumeto Yamazaki/AFLO/Nippon News/Corbis

Modern movies often come with huge price tags. It's not uncommon for summer blockbusters to cost in the neighborhood of $200 million. Yet as much as these movies cost to produce, the spending doesn't end when the cameras stop rolling.

A studio that spends $200 million on a movie can expect to spend an additional $50 million to $100 million on advertising and promotion -- no small chunk of change [source: The Economist]. In some cases, promotional costs can soar even higher; when Columbia Pictures released "Men in Black 3" in 2012, the studio celebrated spending $250 million on making the film by shelling out another $250 million for promotional activities [source: Davidson]. The Hollywood Reporter estimates that for every dollar spent making the average movie, another 51 to 58 cents goes to marketing the film in the U.S. and Canada alone [source: Gerbrandt].

When a film goes straight to DVD, it's often because the powers-that-be at the studio decided that, for one reason or another, they didn't want to shell out the extra money required to get a movie into theaters and promote it to the public. Until a movie hits theaters, the cost of production is the only sunk cost. It can't be recovered, no matter how badly the movie turns out, but the studio can avoid going deeper into the hole by deciding to send a movie straight to DVD rather than spend money on the promotion required for even a basic level of box office success.

How do studios decide whether to shell out millions for marketing? It often comes down to the results of test screening, where audiences are given the chance to review a film. Studios use the results of these test screenings to predict how well a movie will do in theaters. If test audiences universally pan a film, they may decide to keep it out of theaters altogether. When that happens, it costs relatively little to simply release the movie on DVD and hope to recoup some of the film's production costs.

Yet today's straight-to-DVD releases don't all start out destined for the theaters. Many were designed to head straight for the stores. Why would the studios choose this method of release over the magic of the silver screen? Read on to find out. 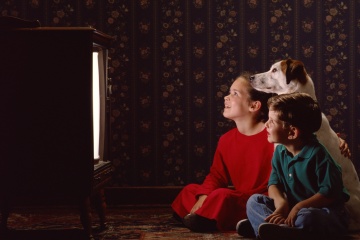 Kids are big fans of direct-to-DVD films (and so are the parents who have a little more quiet time as a result).
Jupiterimages/Photos.com/Thinkstock

In the realm of straight-to-DVD releases, films aimed at kids reign supreme. After all, families with young children may be too worried about pinching pennies to splurge on a trip to the movies, but those same families will get great value from a DVD that the kids will watch again and again.

Disney was an early entrant into this market with its 1994 "Aladdin" sequel, "The Return of Jafar." The film cost just $5 million to make yet sold more than 10 million copies in the first six months after its DVD release, eventually netting the company well over $100 million -- not bad for a movie that skipped the theaters and went straight to store shelves [source: Hofmeister]. In a similar vein, the Olsen twins built a billion-dollar empire in the '90s, largely thanks to a series of movies designed for the home market.

Of course, the straight-to-DVD strategy isn't limited to movies with a young audience. It also works well for movies that lack commercial appeal or those that simply won't do well in theaters. Face it: Some films with a delicate or controversial subject matter are simply not designed for the mass market. Sending these films out on DVD allows them to find their niche without the time and expense required to promote them at the box office.

The business model also works well to extend a franchise. While the first few "American Pie" movies made millions in theaters, producers also released a series of straight-to-DVD spin-offs. The third spin-off, "American Pie: Beta House," cost just under $10 million to make but went on to earn nearly twice that amount in DVD sales, despite its lack of familiar characters or big-name actors [source: Nash Information Services].

Finally, skipping straight to the home entertainment market might be another example of the reduced barriers to entry in the modern movie industry. Just as writers can get their work out via self-publishing, filmmakers who lack big-studio support can eschew the main channels and opt for small DVD runs or release on services like iTunes.

A straight-to-DVD release has less to do with quality than it once did. These days, as the lines between big studios and independent producers blur, the DVD remains another means of bringing movies to the masses.