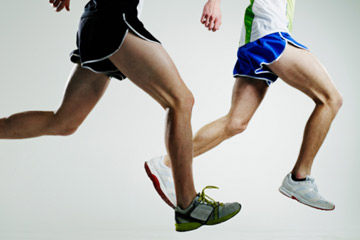 Each sport has its own rules and its own influence on your health. See more sports pictures.
Thomas Barwick/Digital Vision/Getty Images

You hear it in the gym -- a burly weightlifter mutters that he could bench press three of the guys on the treadmills. A guy on a treadmill snickers that the weightlifter could never catch him. A soccer player says that thinking on your feet and anticipating where the ball will go takes much more skill than just doing the same thing over and over, and that she's the most agile person in the room.

Athletics demands self-discipline, and each sport develops different skills and strengths in the people who play them. In addition, we all hear the public service announcements telling us that exercise is important for our health. But are all sports created equal when it comes to health benefits? And what about the biggest health benefit of all -- staying alive?

The ancient Greeks thought regular vigorous exercise was actually bad for your health and would shorten your life [source: Ruiz]. Scientists have long since reversed that opinion. Now physiologists, biologists and physicians are comparing different types of exercises and sports to see whether one is better than another when it comes to living longer. After all, what good are bragging rights in the gym if you're cheating yourself out of extra years?

Which athletes live the longest: power athletes, endurance athletes or team sport athletes? Read on to learn about sports and longevity.

How do different sports stack up?

You already know that exercise is good for you, but are some sports better at keeping the grim reaper at bay?

Let's consider what sets endurance sports apart. The American Medical Association published a study in 2001, looking at VO2 max, the maximum amount of oxygen a particular body can take in during exercise. Sports requiring a high VO2 max make you breathe the hardest -- such as running or biking -- as your body tries to get precious oxygen to your muscles. The study showed elite athletes had a lower chance of dying at a given age than nonathletes, but how much lower depended on VO2 max. Endurance athletes had a 43 percent lower chance of dying at a given age than nonathletes. Team athletes had 33 percent less risk, while power athletes whose sports don't require a high VO2 max, only got a 10 percent protection [source: Kujala et al.].

These studies don't cover every angle, though. Scientists gathered information about the cause of death and age of each participant, but they didn't consider what the men had done after they stopped competing in sports. Competitive athletes are generally young -- the average age of NFL players is 27 [source: Sando]. Studies have shown that staying active throughout your entire life is a very big deal when it comes to your health, so the math geek who takes up running after college and keeps at it will probably live longer than the football hero who hangs up his cleats and hits the recliner once his glory days are over [source: Paffenbarger].

Don't count team sports and resistance training out, either. They may not boost longevity quite as much as endurance sports, but they are an important part of the picture. Team sports can teach youth about discipline, camaraderie and sportsmanship, and are a healthy way to bond with friends. Resistance training helps prevent muscle wasting that happens with aging and reduces strength, coordination and quality of life during a person's golden years [source: Johnston et al.]. Resistance training also strengthens bones for a healthy life [source: Kravitz]. Cross-training helps prevent overuse. Varying your workout will keep you from getting bored and let you tap into the unique benefits of different types of exercise.

Some sports can actually present a threat to longevity. Which ones? Read on to learn more.

Running Out of Air

A runner who regularly covers long distances can trot along comfortably while the novice runner next to the regular gasps for breath. Is it just good genes? No, all that training has, among other things, made the more experienced runner's body better at transporting oxygen to the muscles, so the lungs don't have to work as hard.

All sports have their health benefits, but those benefits come with risks, too. Sports injuries sometimes require surgeries and can lead to lifelong pain for some athletes. Repetitive motion injuries are a serious risk in some sports, and can have life-changing consequences. Scientists in England found that professional soccer players are 10 times more likely to develop arthritis in the hip than the general public. Surprisingly, most of the players who developed arthritis did not realize they were injuring their hips -- the arthritis was caused by repetitive motion. Many professional soccer players require total hip replacements in their 30s or 40s, which is much younger than most hip replacement patients in the general population. Dartmouth-Hitchcock Medical Center in New Hampshire reports that the average age of its hip replacement patients is 64 [sources: Shepard, Banks & Ryan; Dartmouth-Hitchcock Medical Center].

Another significant danger in some sports is traumatic brain injury (TBI). TBI can be disabling or even life-threatening -- actress Natasha Richardson died in 2009 after she hit her head while skiing, and world-class halfpipe snowboarder Kevin Pearce was critically injured during training late that same year. Pearce was rushed to the hospital in critical condition and placed on a respirator after he hit his head on the ice; he spent over three months in the hospital and many more months in rehabilitation. He was wearing a helmet at the time of the accident [source: Branch].

Athletes who suffer brain injuries can continue to get sicker even years after they stop playing their sport. Dementia pugilistica is a degenerative brain disorder caused by repeated blows to the head that was first diagnosed in boxers. This disease causes severe mental and physical disabilities; it can mimic Parkinson's disease or Alzheimer's disease, and it continues to get worse until the patient dies. Heavyweight boxer Jerry Quarry, who fought Muhammad Ali, died in 1999 at age 53 after severe dementia pugilistica left him confused, childlike and unable to care for himself [source: CNN/Sports Illustrated]. The risk of dementia pugilistica makes boxing less than a sure bet for living longer.

Approximately 300,000 sports-related concussions happen each year in the U.S. The sports with the most player concussions are:

Soccer had the lowest incidence of concussions in team contact sports. 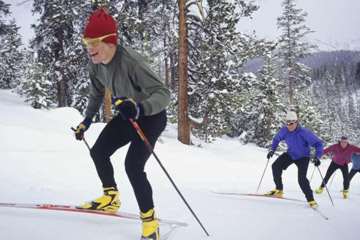