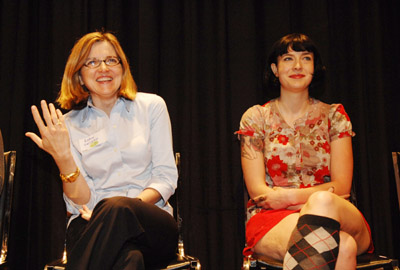 After spending years in Los Angeles or New York City without landing one professional writing job, you might wonder if there are even any gigs out there. But the truth is that Hollywood studios and TV networks are constantly looking for fresh ideas and writing talent. One of the ways they do this is through screenwriting fellowships, mentorships and workshops.

Acceptance into one of these programs is extremely competitive. You and thousands of people just like you will be fighting for a handful of spots in a handful of prestigious programs. But if you get in, you'll have access to working writers, producers, directors and studio executives who are actually interested in hearing your ideas.

The longest-running and best-known Hollywood screenwriting program is the Warner Bros. Writers Workshop. This program, run for 30 years at Warner Bros. Studios, has separate divisions for drama and comedy TV writers. The program's mission is to seek out talented young writers and groom them for staff writing positions on network TV shows. The four-month program meets one evening a week for three hours and includes script workshops and close interaction with Warner Bros. writers, producers and executives.

Disney and ABC's Diversity Creative Development Program identifies talented minority writers who are already members of the Writers Guild of America and offers them a chance to develop a spec script into a pilot for production. Disney and ABC also offer two other fellowships especially for Native American and Latino screenwriters. The Nickelodeon Writing Fellowship also identifies and mentors talented minority writers and young screenwriters from diverse backgrounds.

For screenwriters concentrating in feature films, the Sundance Screenwriter's Lab is the top destination. This exclusive program is for young screenwriters and filmmakers with proven potential or even a couple of produced films under their belt. Twelve fellows are invited to Park City, Utah, for five days of intense script consultation with colleagues and professional mentors.

Other fellowships are structured more like screenwriting contests. The Don and Gee Nicholl Fellowship is for professional screenwriters who have earned less than $5,000 for their work. The fellowship awards five $30,000 grants chosen from thousands of screenplay submissions. The American Screenwriters Association International Screenplay Competition not only offers $10,000 in cash for the top submission, but a script critique from a Hollywood script consultant, promotion of the winning script to major Hollywood studios and a trip to LA.

For lots more information on screenwriting, filmmaking, movie production and related topics, check out the links below.