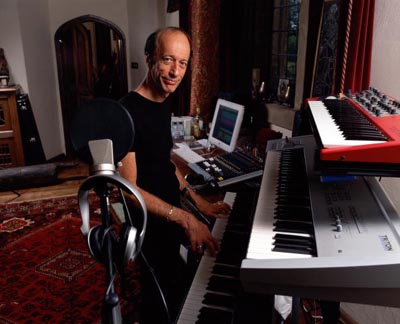 Home recording studios are becoming more popular such as this one owned by Robin Gibb.
© Homer Sykes/Getty Images

Recording studios vary by type -- ranging from a small studio tucked into a basement corner all the way to high-end music recording studio. In between the two extremes are middle-of-the-road project studios which are typically used for voice-over recording.

The advent of inexpensive digital recorders and music software programs has made it easier than ever for anyone to record. In most instances, all it takes to record is a desk with a digital recorder or a computer with a MIDI computer set-up. For more on MIDI, check out our article on How MIDI Works. Often, home studios are a hobby for the owner. These studios can be very minimal or more sophisticated depending on the owner's experience. The recording can vary in quality as well [source: Richard Cleaver].

Usually more sophisticated home studios can be found in the home of a producer or engineer, and they often form the middle tier of recording studios. They're known as project studios. Besides being used for voice over recording, they can also be used by bands to record demo albums to present to prospective producers, to record commercial jingles or to produce sound effects for a movie.

And, at the very top are the high-end recording studios used for music, which can cost more than $100 an hour. These feature an acoustic control room, several performance areas and high-quality equipment. Recording at a high-end studio allows performers to mix various instruments, using professional equipment such as microphones, synthesizers and mixers.

No matter what type of studio it is, a studio must be able to capture, record, combine, re-record and edit sounds. And, the studio must offer a sound-protected environment. It also must allow engineers and musicians the ability to listen to playback. [source: Audio Training Consultants].

Not ready to start your own recording studio? You can rent instead. But what should you look for when renting a studio? Check out the next page to find out.