We generally think of the entire Academy Awards ceremony as "the Oscars," but Oscar is really just a nickname for the actual award statuettes and their image.

When MGM art director Cedric Gibbons and sculptor George Stanley created the statuette in 1928, the Academy referred to it as the Academy Award of Merit. It didn't take on the name Oscar until the 1930s [source: Oscars].

There are several stories about the nickname's origin, and nobody is completely sure of the truth. The Academy supports this version: In the early '30s, an Academy librarian named Margaret Herrick remarked that the statue looked like her Uncle Oscar. The name stuck, and the Academy staff began referring to the statue as "Oscar." In 1934, Sidney Skolsky mentioned the nickname in a column on Katharine Hepburn's first Best Actress win. The name caught on, and the Academy officially adopted it in 1939 [sources: Oscars].

According to the Academy, the Oscar statuette depicts a crusader knight, grasping a sword. The knight stands on a film reel, with five spokes that represent the five original branches of the Academy: directors, actors, writers, producers and technicians.

The statuette weighs 8.5-pounds (3.85 kg) and stands 13.5-inches (34.3 cm) tall. Craftsmen at Polich Tallix foundry carefully cast each statuette in bronze and plate it with 24-karat gold [source: Oscars]. The figure is mounted to a round, black marble base. 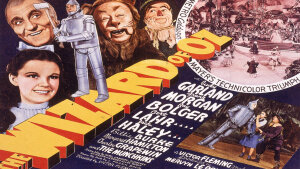